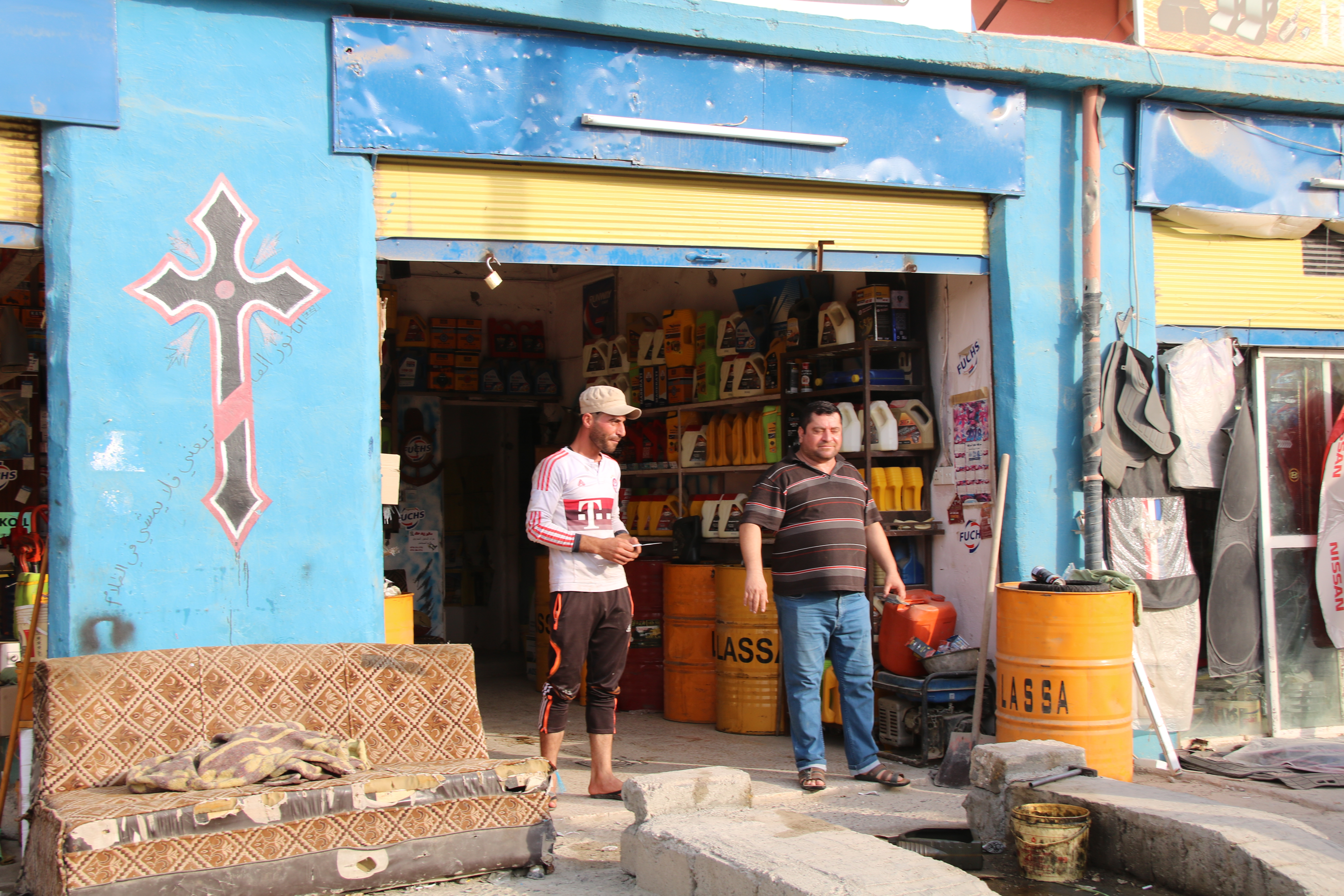 Four Christians from Qaraqosh, which is regaining its status as the most important Christian town in the country, share their hopes and dreams for the new year with Aid to the Church in Need.

First came the military defeat of ISIS, and Christians began to return to their homes. Then came Pope Francis, braving the threats of terrorism and of Covid, to bless the country of Iraq, which has been through so much suffering over the past decade.

During his visit, Francis made a point of stopping in Qaraqosh, once the most important Christian town in Iraq, and now trying to recover that status as many of its residents return to begin their lives again in their ancestral homeland.

As the new year begins, Christians in Qaraqosh shared their hopes and dreams, but also their fears and worries, with pontifical charity Aid to the Church in Need, which has supported many projects to rebuild houses and churches in the city.

Poet and journalist Namroud Kasha remembers that despite all the difficulties, things have changed for the better. “The atmosphere of Christmas and New Year’s differed significantly from the past decade. Ten years ago, celebrations were cancelled due to the security situation in Iraq, and in the Nineveh Governorate in particular, where terrorist groups were killing and displacing Christians.”

Despite the challenges, he says, “we returned to our towns, which were destroyed and lifeless. The attention was focused on the reconstruction of the infrastructure and other damages. During the past three years, this black dust that covered our cities has been wiped away”.

Amer Shamoun is a retired civil servant who lays some hope for the survival of Christianity in Iraq in the political sphere. “Hope is renewed at the beginning of each year for a future in which we will overcome the challenges that threaten our religious and national identity as well as the identity of our land. Thus, we will be able to ensure the continuity of the Christian presence in our country”, he says.

For all this to come true, however, it is necessary that the “turbulent political and security conditions in Iraq” begin to settle, and that, through a joint effort, the tide of emigration is stemmed. “So many Christians are leaving Iraq because of the uncertainty of the situation and the loss of confidence in the future. The roots and seeds of Christianity are in the East. Our prayers and our hope are that they will be watered and nurtured.”

Father Istephanos al-Katib, pastor of St. Joseph’s Syriac Catholic Church in Qaraqosh, shares this concern about stability and points to the particular threat posed by militias. “The continued presence of non-state militias that are above the law and are undermining the state means the continuation of killing, kidnapping, looting, robbery and corruption; there is the continuation of the deteriorating economic conditions and the spread of unemployment that is sweeping the country; the continued instability of the country—political, social and economic; the continuation of Islamic fanaticism, the puritanical beliefs that reject the development, culture and progress, and the exclusion of the ‘other’ and the return of society to backward ages, as well as the continued inappropriate involvement of religion in politics and trade.”

Human rights advocate Amr Yalda put all her effort into preparing this past Christmas and notes that the whole town felt the same way. “Everyone was ready to receive the baby Jesus, and the atmosphere of celebration was wonderful and beautiful. Believers shared the joy through the expression of various traditions, such as the decoration of streets, churches and homes, and the preparation of special foods. They distributed gifts, without forgetting the religious rituals and hymns that fill our hearts with joy and faith.”

Her wishes for the new year are many, but they all begin with peace. “With every celebration of the birth of Christ, we hope that peace will prevail in our towns. With peace, most wishes come true, including security, love of neighbour and friend, and justice in all its forms.” “There are those who are ready to kill the joy of our elders and youngsters, with their extremist, inflammatory ideas. However, our belief in Jesus and his unlimited grace makes the evils of the extremists around us melt away”, she adds.

For now, the fact that there are Christians in Qaraqosh at all, and that they were able to celebrate Christmas and the New Year freely, is something to be cherished. At the back of everybody’s mind, however, is the fear that the hatred and destruction that dominated only a few years ago will return.

“I am afraid about the near future, especially because this Christmas coincided with calls for the withdrawal of US forces from Iraq, and there are signs of an economic crisis”, says Amr Yalda. “We hope to God that there will be no demolishing storms to destroy what good hands and peace-seekers have participated in building.”

“I can only hope that God will protect our country and our people from all evils, keeping external conflicts away from it, and granting us strength and faith to face all future challenges.”

Featured Image: Life comes back to Qaraqosh. Copyright: Aid to the Church in Need.