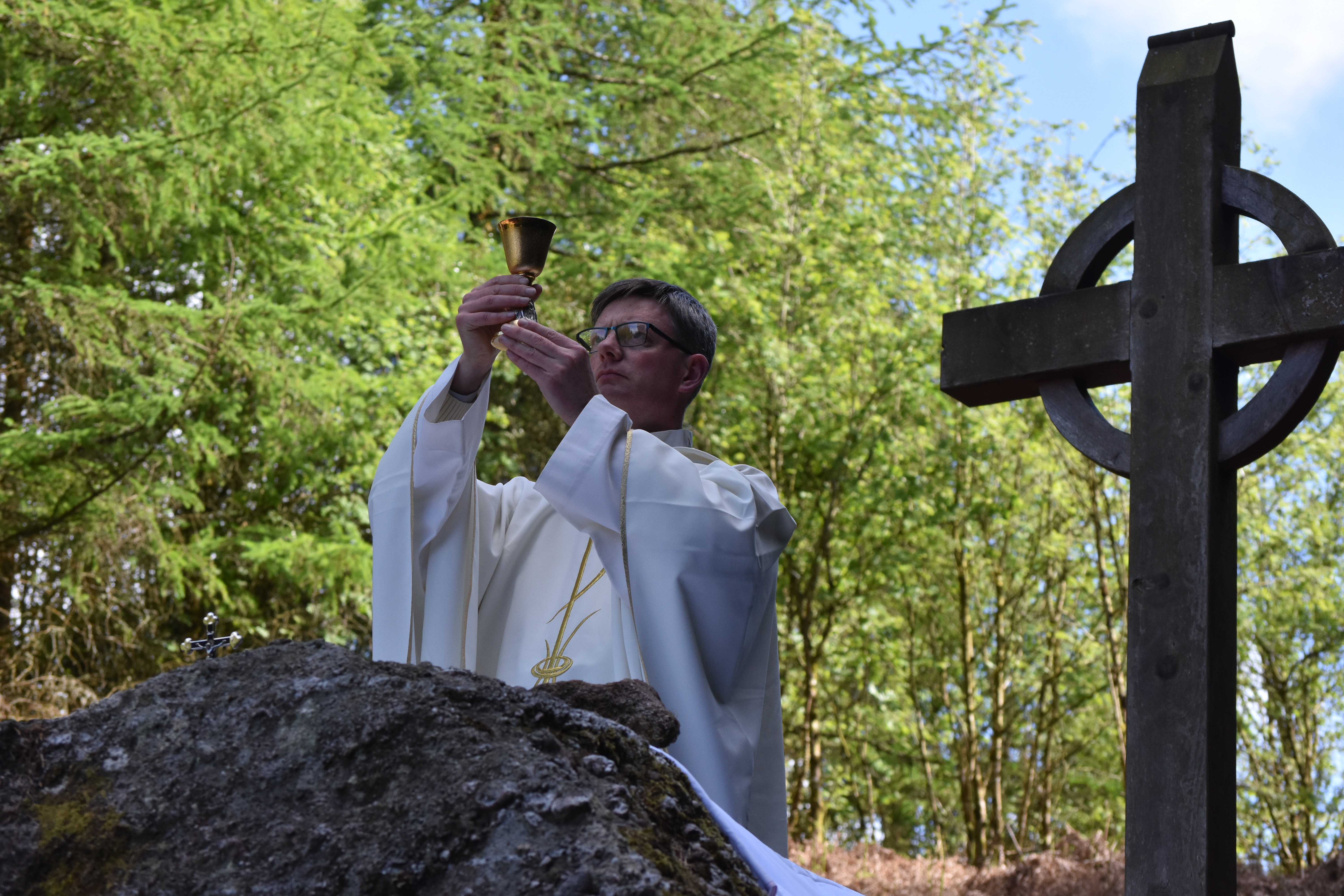 Irish dioceses reviving the tradition of the “Mass Rocks”

ACN Ireland is launching an initiative stressing the importance of the Eucharist and uniting all 26 dioceses in the country.

Responding to the healthcare crisis of the Covid-19 pandemic, the government of the Republic of Ireland banned the celebration of public Masses in the country, thereby effectively making it a criminal offence up until 10 May 2021. Now the Irish national office of the international Catholic pastoral charity and pontifical foundation Aid to the Church in Need (ACN International) has launched an initiative to reassert the importance of Holy Mass by encouraging priests to celebrate the Eucharist at the historic outdoor stone altars from the times of past persecution, known as “Mass Rocks.” 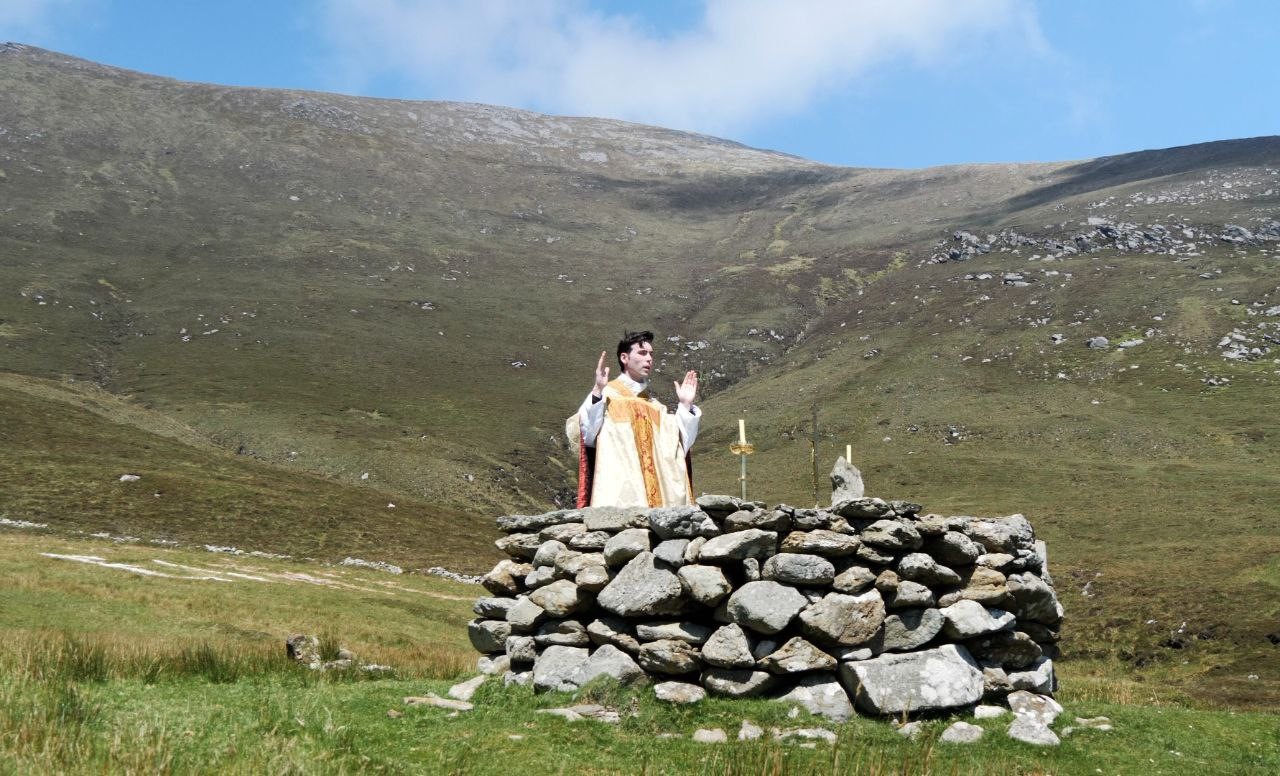 The reaction by governments around the world to the coronavirus healthcare crisis has had a profound effect on human rights, and not least on the right to freedom of religion and freedom of religious worship, prompting serious debate on the implications of the political decisions that were taken.

In the Republic of Ireland, the restrictions were toughened from October 2020, when public religious worship was suspended altogether. In April 2021 it was added to the penal code, thus making the Republic one of the most restrictive governments in the world in regard to religious freedom. Permission to celebrate Holy Mass publicly was finally restored in May this year, although severe restrictions remain in place, including a maximum of 50 people present, or less if the particular church in question did not have the space deemed necessary.

The abolition of public Mass has reminded many Irish people of the times of religious persecution suffered by the Catholics of the country from the 16th to the 18th century, when Protestant England sought to extinguish the Catholic faith from the island and when Catholics gathered in remote and isolated spots to celebrate Holy Mass in secret.

Throughout Ireland, the Catholics, who included both the descendants of the native Celtic Gaels and later Norman settlers, secretly attended these clandestine Masses. In rural areas they were celebrated out in the open at the famous “Mass Rocks,” mostly natural rock formations converted into open-air altars. In some areas use of these Mass Rocks continued well into the 19th century. 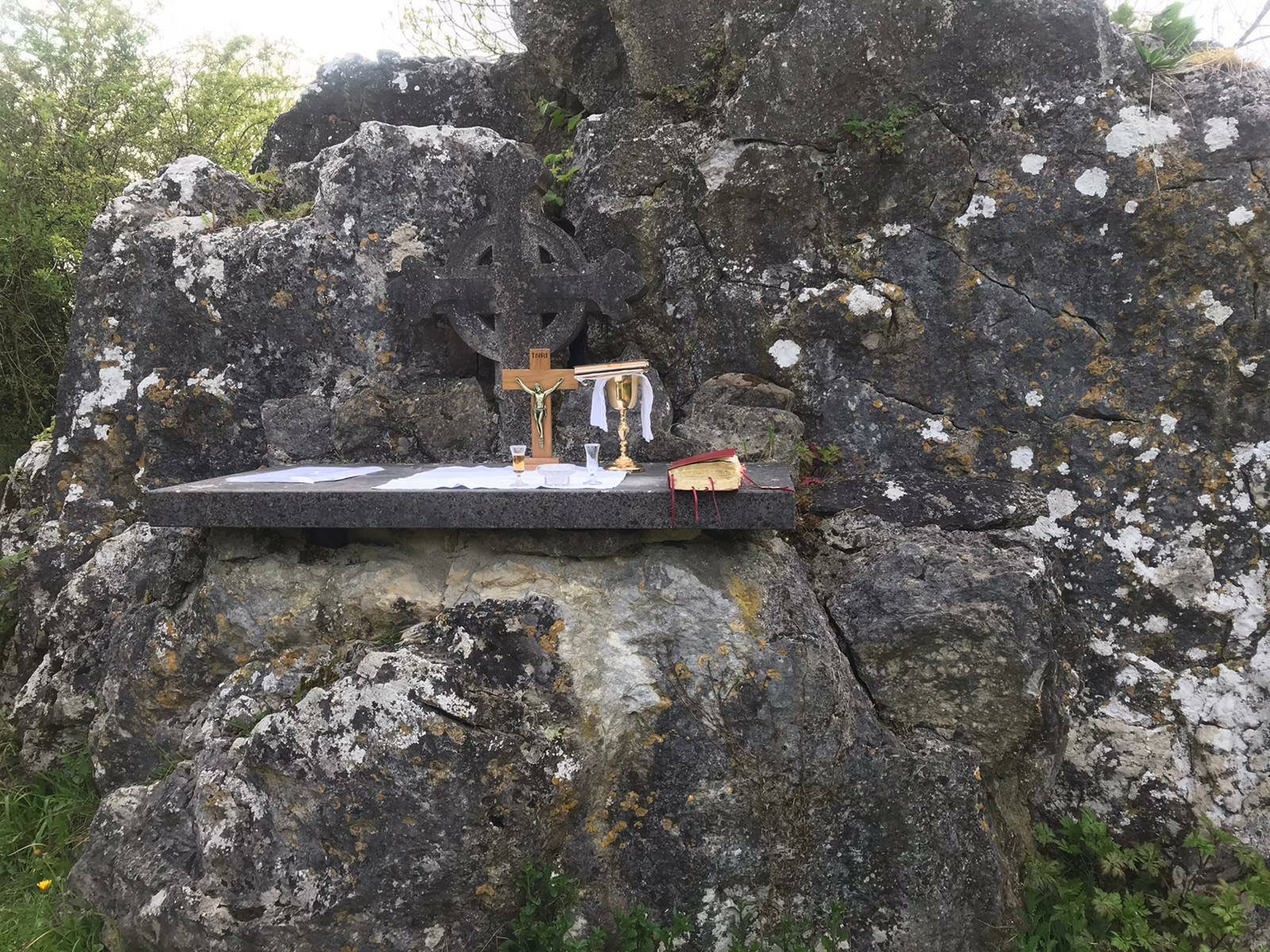 The courage of the priests, who risked their lives celebrating Holy Mass at these rocks, was one factor that helped to keep Ireland true to the Catholic Faith. One of them was Father Nicholas Mayler, a parish priest in the diocese of Ferns, in the southeast of Ireland. During the time of persecution suffered by Irish Catholics, he stayed on to care for his flock. On Christmas Day 1653, as he was celebrating Holy Mass at a Mass Rock near the village of Tomhaggard Co. Wexford, the English troops arrived and killed him. A Mrs Lambert, one of the Catholic faithful, managed to rescue the chalice and gave it to the priest’s family. In the 19th century, a relative of the martyred priest, Archdeacon Philip Mayler, returned the chalice to the Church, which now uses it regularly for the Christmas Day Mass celebrated every year at this same local Mass Rock.

It was this tradition of the “Mass Rocks” that inspired the initiative of ACN Ireland to celebrate Holy Mass at some of these stone altars in all 26 dioceses of the country on the feast of the Irish Martyrs on June 20 this year. The charity invited all Catholics to join in these Eucharistic celebrations and pray for a special intention, namely “the renewal of the Faith” through the intercession of the Irish Martyrs, both within the country and throughout the world.

In 1536 Henry VIII tried for the first time to break the relationship between the Irish Church and the bishop of Rome. At that time the English also occupied the east coast of Ireland. Outside the English-dominated areas, the policies were mostly ignored. In places like Dublin, attempts to seize monastic lands were met with strong opposition. Many religious, such as the Cistercians at St. Mary's Abbey in Dublin, were martyred for refusing to comply with the king's demands.

Henry's son, Edward VI, banned the celebration of the Holy Mass. At the beginning of the 17th century, the English Crown had gained control of most of the island and therefore persecution increased. Catholic churches were expropriated, and priests went into hiding. The situation worsened further after Oliver Cromwell, the English political and military leader, invaded Ireland in 1649. Cromwell's troops carried out widespread killings and massacres and the troops were determined to wipe out Catholicism. Priests were forced to leave Ireland or face the death penalty.

A Gaelic poet from the era called Éamonn an Dúna wrote a poem about those times in Ireland. The Irish-speaking Éamonn lists the English phrases he heard, presumably from English troops:

From the 1790s on, the penal laws against Catholics in Ireland were gradually repealed. Today, hidden "Mass Rocks" continue to be found, and interest in this tradition has increased. Dr. Bishop, of the University of Liverpool, has created a website explaining the history of these altars and encouraging everyone to share information about any new findings.