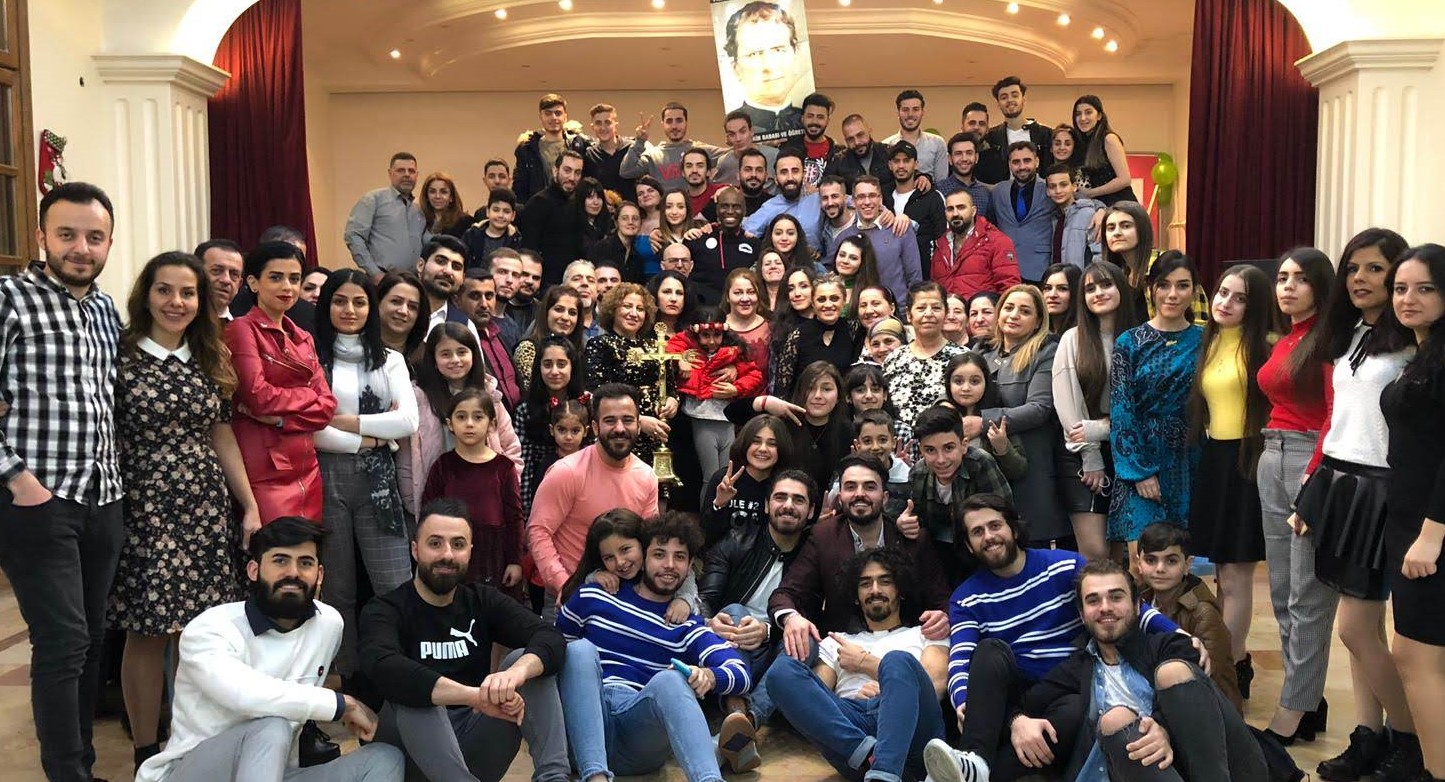 “Kolay gelsin ” – the work of the Salesians in Istanbul

It is a common greeting heard on the streets of Turkey. It is said to people carrying out heavy or hard work to express the wish that they may bear their burdens with greater ease and be relieved of their weight. Father Simon Härting, a German-born Salesian, considers it a profoundly Christian greeting which also aptly describes his work in Istanbul, where he has been serving for three years.

During his visit to Aid to the Church in Need (ACN), he talked about Bomonti, historically a traditionally Christian district of the city which today is characterised by the presence of large numbers of immigrant families from different cultures.

The Salesians of Don Bosco are engaged in a variety of activities in the Apostolic Vicariate of Istanbul; however, the main focus of their work is clearly the provision of pastoral and pedagogical services relating to the pastoral care of the emigrants and refugees living in Bomonti.

Most of these people consider Turkey merely a stopover as they want to emigrate to such countries as Australia or Canada. “Much is being said about the refugees from Iraq or Syria, but many others are coming as well, for example from Pakistan, Nigeria, Burkina Faso, Mali or the Ivory Coast, to name just a few countries, and they stay for years. Some of them have to wait six or seven years for a visa,” Father Simon explained. As a result, the Salesians have devoted themselves to educating the children of these families. They run a school for more than 400 children and a small youth centre for 40 adolescents on the Evrim Campus in Bomonti.

Another focus of their work is the provision of pastoral care in the Turkish language. Bomonti was once located at the outskirts of the city, but today it is the very heart of Istanbul. The district’s local church, “Notre Dame de Lourdes,” is the only church in Istanbul devoted exclusively to the Turkish-speaking Catholic community. In other parishes, Greek and French predominate over Turkish because Istanbul is a multicultural and multilingual city. The population of Istanbul has increased tenfold over the last 50 years and the city has one of the largest populations of young people of all European cities.

In the parish of “Notre Dame de Lourdes,” Turkish-speaking children, adolescents and adults prepare to receive their first Holy Communion, to be confirmed or to receive the Sacrament of Marriage. “In the Vicariate of Istanbul, we have about 100 catechumens who hail from many different countries, including Turks and Iranians. Becoming a Christian is not prohibited here. The degree of social acceptance varies from one case to the next. Some are disowned by their families, others do not have any problems, and it also sometimes happens that entire families decide to become Christian," Father Simon reported. The parish urgently requires adequate facilities to be able to provide pastoral care services. For this reason, the Salesians would like to build with the help of the benefactors of ACN a new parish and social centre on the grounds of the Evrim Campus. The new centre is to benefit all, both local residents and immigrants, and facilitate a cross-cultural exchange between young people living in the city district.

Many of those who come to the Salesians for help have had difficult, traumatic experiences and are looking for solace. Or they are living within very fragile social structures. However, their situation often becomes dramatic when the migrants decide to leave Turkey and no longer have the patience to wait for a visa. “It gives me a horrible feeling when they come up to me after Sunday Mass and ask me to bless their journey. I know where they are headed and that it does not always end well,” Father Simon says.

The burdens borne by many of the refugees are so heavy that they can hardly be endured. “The new centre is intended to be ‘Kolay gelsin,’ a source of relief, a blessing for them,” Father Simon explained. This is why the Salesians feel inspired by the greeting: “Kolay gelsin” – May it come easily. May God grant relief. “It is our vocation to ease each other’s burdens and to bring salvation into the world for us all. The gift of light-heartedness and salvation, this is what we would like to give by founding the new centre on the Evrim Campus.”