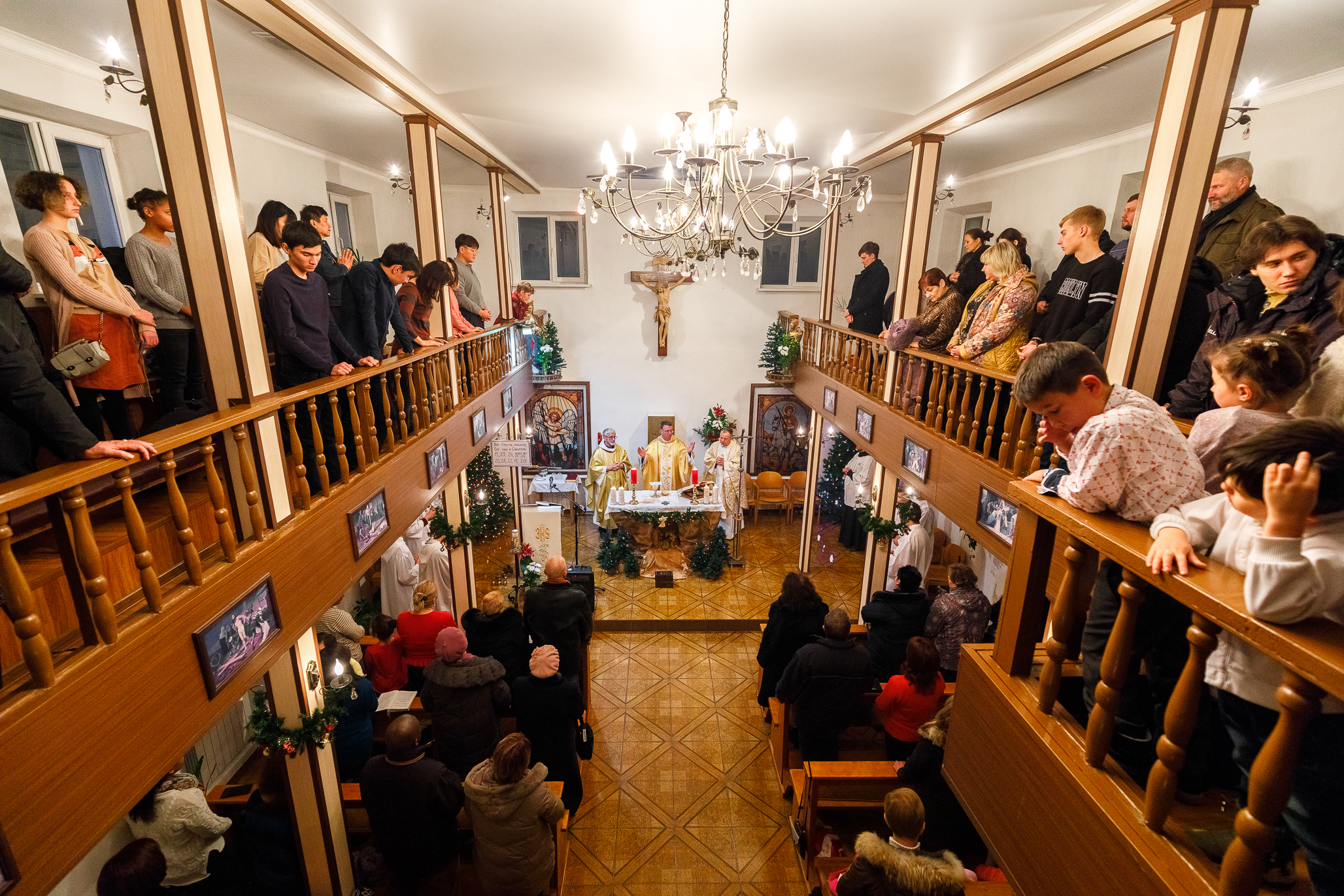 For almost ten years, Fr Johannes served a small Catholic minority in Kyrgyzstan. In February 2021, he spent several days in Switzerland as a guest of Aid to the Church in Need (ACN) to report on projects being carried out by the international Catholic pastoral charity in Central Asia. The interview was conducted by Ivo Schürmann.

How did you come to faith during Soviet times?

The faith was instilled in me by my mother and grandmother. We often prayed in our family, before meals, before going to bed, but also in between. There were no priests in northern Kazakhstan where we lived. This changed when my family moved to Central Kazakhstan in 1978. Holy Mass was held regularly there and my faith grew stronger. I came to realise that I wanted to become a priest. After completing the two years of compulsory military service in the Soviet army, I was able to enter the seminary. 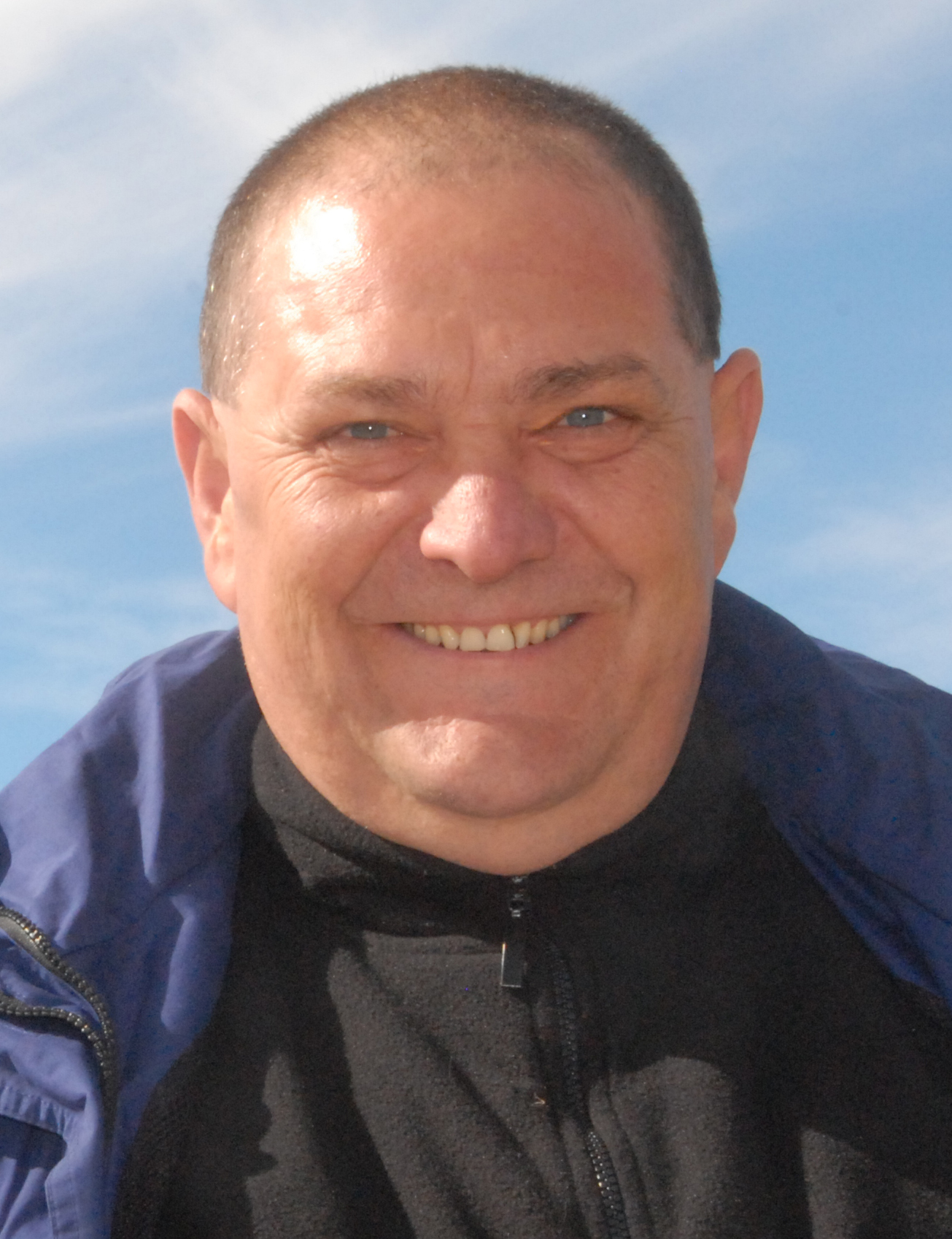 The faith and the military: how did that go together?

In the military, being a person of faith was not without risk, but I was fortunate: I was able to pray a great deal during this time. Furthermore, as an ethnic German living in Russia, I was prohibited from handling weapons during my service, which I was fine with. I worked not only in the office but also as a lorry driver. They often deliberately assigned me to work Christian feast days.

What happened after you finished your military service?

After I was discharged, I entered the only Catholic seminary in the former Soviet Union, which was located in Latvia. The seminarians joined the seminary from all republics of the Soviet Union. On 1 March 1991, I decided to become a Jesuit. I spent several years in Latvia before the Order sent me to Innsbruck (Austria) to study at the university. After completing my degree, I was sent back East. First to Tajikistan, then on to Siberia (Novosibirsk), later to Kazakhstan and finally for a longer period to Kyrgyzstan.

My older brother Alexander Kahn, who is also a theologian and a Jesuit, was the superior in Kyrgyzstan. He was looking for priests because there weren’t enough of them there. That is how I ended up in that magnificent country with mountains soaring up to 7000 m and lots of sunshine. The Catholics live scattered across the entire country as a small minority of about 1000 families. They are a heterogeneous group that also includes Korean and Russian Catholics. In total, there are eight priests, one religious brother and six religious sisters. There would be more, but for months they have been prohibited from entering Kyrgyzstan because of COVID entry restrictions. Up until now, there have not been any vocations in the country itself. The landscape of  Kyrgyzstan. Copyright: Aid to the Church in Need.

In theory, yes, in reality, not always. There are major administrative hurdles that have to be overcome to be recognised as a religious community. You have to prove that the community meets the minimum membership requirement, which the Catholics do not. Pastoral workers from outside the country always have to be prepared that their residence permits may be revoked. The freedom to celebrate divine services is also restricted, which has nothing to do with the protective measures in place because of COVID. Catholics are tolerated, but many obstacles are put in our path. There is only a single Catholic church in all of Kyrgyzstan, the Chapel of Brother Klaus in Talas. To date, additional churches have not been approved. However, increasingly the signs seem to indicate that the Church will soon be granted approval to build a church in the capital city of Bishkek. Muslims, who make up 80% of the population, and Russian Orthodox Christians do not experience any restrictions. Russia still exerts a great deal of influence in the countries of the former Soviet Union; a fact that is very much to the advantage of the Russian Orthodox Church.

Why the reservations against Catholics?

The Catholic Church holds a difficult position in Russia and thus also in Kyrgyzstan. It is not valued because it is actively involved in social welfare. This angers Russia and so the Russian state puts pressure on the Catholic Church also via Kyrgyzstan. Furthermore, there are also radical Muslims in Kyrgyzstan who are opposed to anything and everything that is not Muslim. Money is being pumped into the country from Turkey and Pakistan to promote a more radical interpretation of Islam. Up until now, Kyrgyzstan has always been considered peaceful and tolerant.

What kind of work does Aid to the Church in Need do there?

The charity supports pastoral workers with subsistence aid. New vehicles are regularly needed because the priests have to travel long distances. In the winter, the temperatures can drop to -40°C, which makes good and robust cars absolutely vital.

How would you assess the political situation?

Presidential elections were held in early January 2021, the new president, Sadyr Shaparov, won 79% of the votes. No one knows what to expect from him. In the past, Kyrgyzstan was a peaceful and hospitable country. We hope that this will not change while Shaparov holds power.

Featured Image: Mass being celebrated in Kyrgyzstan. Copyright: Aid to the Church in Need.