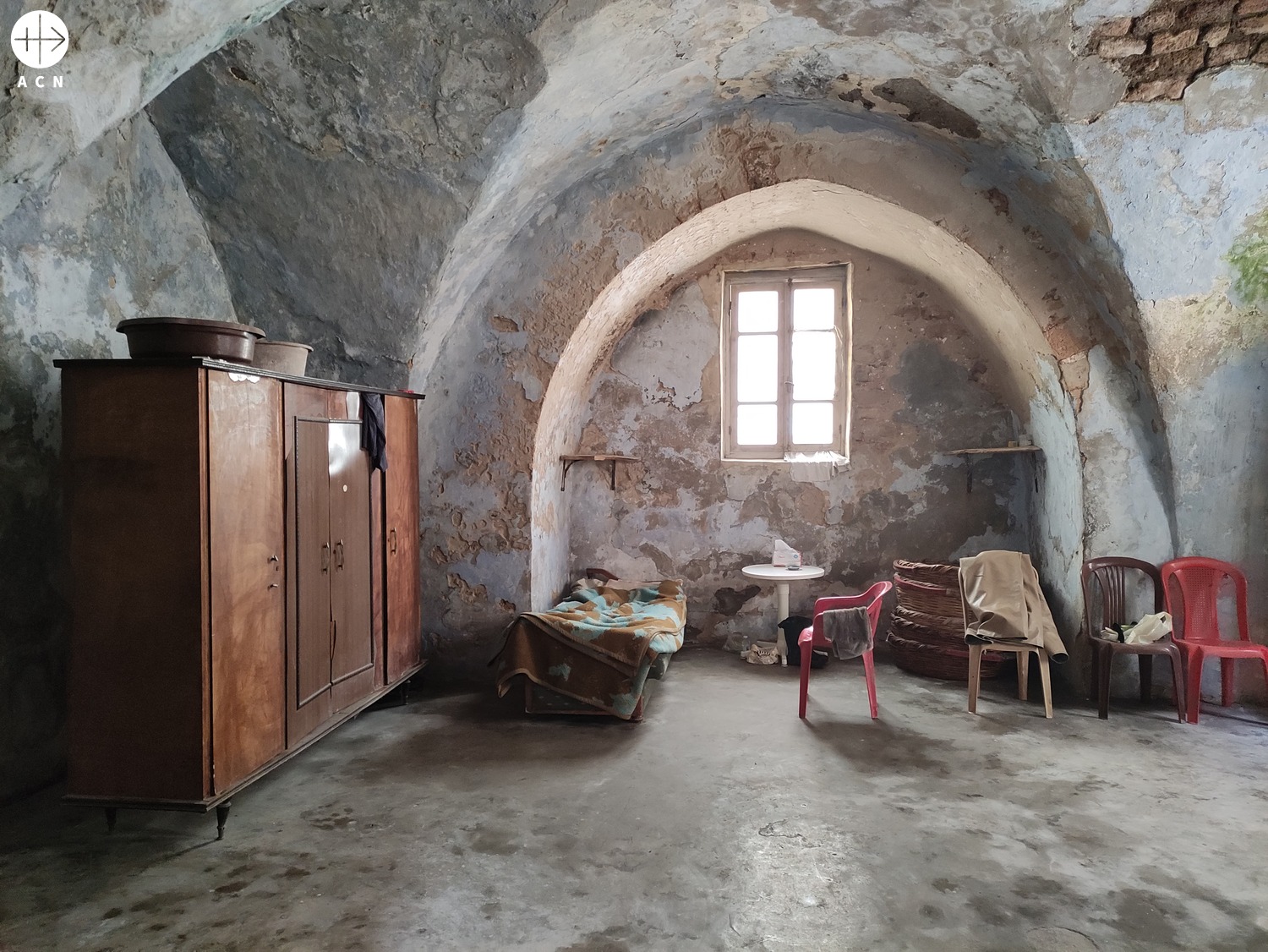 Lebanon: “People in Tyre were always poor, but now they are below zero”

One of the many projects ACN funds in Lebanon.

Tyre is mentioned in the gospels as one of the places where Jesus went after having clashed with the pharisees in Galilee. Once a majority Maronite city, Christians are less than 30% of the population, and many are desperately poor, surviving only due to Church help, including food packages funded by Aid to the Church in Need (ACN).

Salim Assaf’s plight is emblematic of what life is like for many in Lebanon today. He used to be a taxi driver, ferrying tourists around the beautiful coastal city of Tyre. The car was rented, but since he made close to 100 dollars a day, he and his family got by well.

Then the Lebanese financial crisis hit, and the local currency began to crash. In a short time, the pound diminished in value around 20 times, but prices of most goods, including fuel, stayed the same, or even rose. Unable to afford fuel, Salim had to return his car and leave the taxi business. With no more fixed income he also lost his house and had to move his wife and five daughters, one of whom is mentally disabled, into a small 1-room apartment owned by his father, Elies, who now lives with them.

When a group of representatives from national offices of Aid to the Church in Need (ACN) visited him, in April 2022, Salim had been unemployed for eight months already. His wife doesn’t work either, she spends her time caring for their daughters, who stopped going to school because the family can no longer afford the bus fare. Nonetheless Maria, the eldest of the girls, dreams of becoming a doctor.

The house is in dire need of repairs, but they cannot afford them. In the bedroom, where Salim’s whole family sleeps, part of the ceiling has collapsed. Mr Elies sleeps on a sofa in the kitchen, the only other division in the house.

Every two months the Maronite Church delivers a food package to this family, funded by ACN. “People are constantly asking the church for help”, explains Father Yacoub Saab, a local priest. “They have become very dependent on the food packages. They were always poor, but the crisis has driven them to below zero”, he concludes.

The Assafs are one of around 150 Christian families, close to 500 people, who continue to live in Tyre. The Maronite Catholic Church used to represent a majority of the population, and officially there are still 500 Christian families on the books, but most have left especially after the 2006 war with Israel, looking for a better life. Nowadays the overwhelming majority of the residents are Shia Muslims.

In the downtown area of Tyre, close to the Maronite Cathedral, the group finds Thérèse, sitting in the bedroom that doubles as her living room. From outside, the house looks quite impressive. Made of solid stone blocks, with arches that are said to date to the time of the Phoenicians, but besides a large courtyard there are only two bedrooms and a small bathroom with a sink that is used for cooking. On closer inspection, the walls are covered in humidity, the few decorative elements on them are generally paper cuttings of religious figures, such as Jesus, Mary, and St. Maroun, the founder of the Maronite Church.

Aged 60, Therese used to live here alone with her husband Boulos, who is 10 years older. Now, however, they have to share their humble house with their daughter and two grand-daughters, who returned to Tyre after a difficult divorce. Another two sons are in the army, and help with what they can, but there is not much to spare, maybe four dollars a month. “Before, a salary in the army was worth around 1,300 dollars and was sufficient for a whole month. Now it is worth around 60 dollars”, Therese explains.

Therese remembers that she used to be able to eat meat and poultry on a regular basis, but those days seem like a long time ago. Her husband, who used to be a fisherman, sometimes manages to get work cleaning octopus for local restaurants, and when he does, they can afford some apples for the grand-daughters, but even that is rare.

“We only manage to eat because of the food parcels”, Therese tells her visitors. The Church also provides her with medication for her several illnesses, including diabetes, whenever possible.

“Every day we go to the church to pray”, says Therese. She thanks God for what they have, despite their poverty, and she also prays that her grandchildren will resist the temptation to leave Tyre, or Lebanon altogether.

“As you see, Tyre may seem like a beautiful tourist city, but the poverty is often hidden inside the houses”, says Father Yacoub, as he leads the group through meandering alleys in the old Christian quarter near the cathedral, where each nook and cranny seems to exhibit a Christian symbol.

“We are very grateful to ACN for all the work done in Tyre. It is a sign of solidarity among Christians and hopefully one day this crisis will pass, and then it will be our turn to help others”, the priest suggests.

The diocese of Tyre is among the poorest in Lebanon. In all, including the surrounding areas and villages, the Church has identified over 2,600 families in need of help. ACN funding provides food packages every two months for 1,500 of these families, which are distributed by a group of Church volunteers.

This is one of many projects ACN funds in Lebanon. The pontifical charity has been active in the country for decades, but since the financial crisis hit, it has increased its support four-fold and continues to search for ways to help the local church and Christians to stay in the country and live in dignity.

Featured Image: Many Christians live in very poor conditions in the coastal city of Tyre. Parts of this house date to the time of the Phoenicians, but it is currently very damp and unhealthy. Copyright: Aid to the Church in Need.