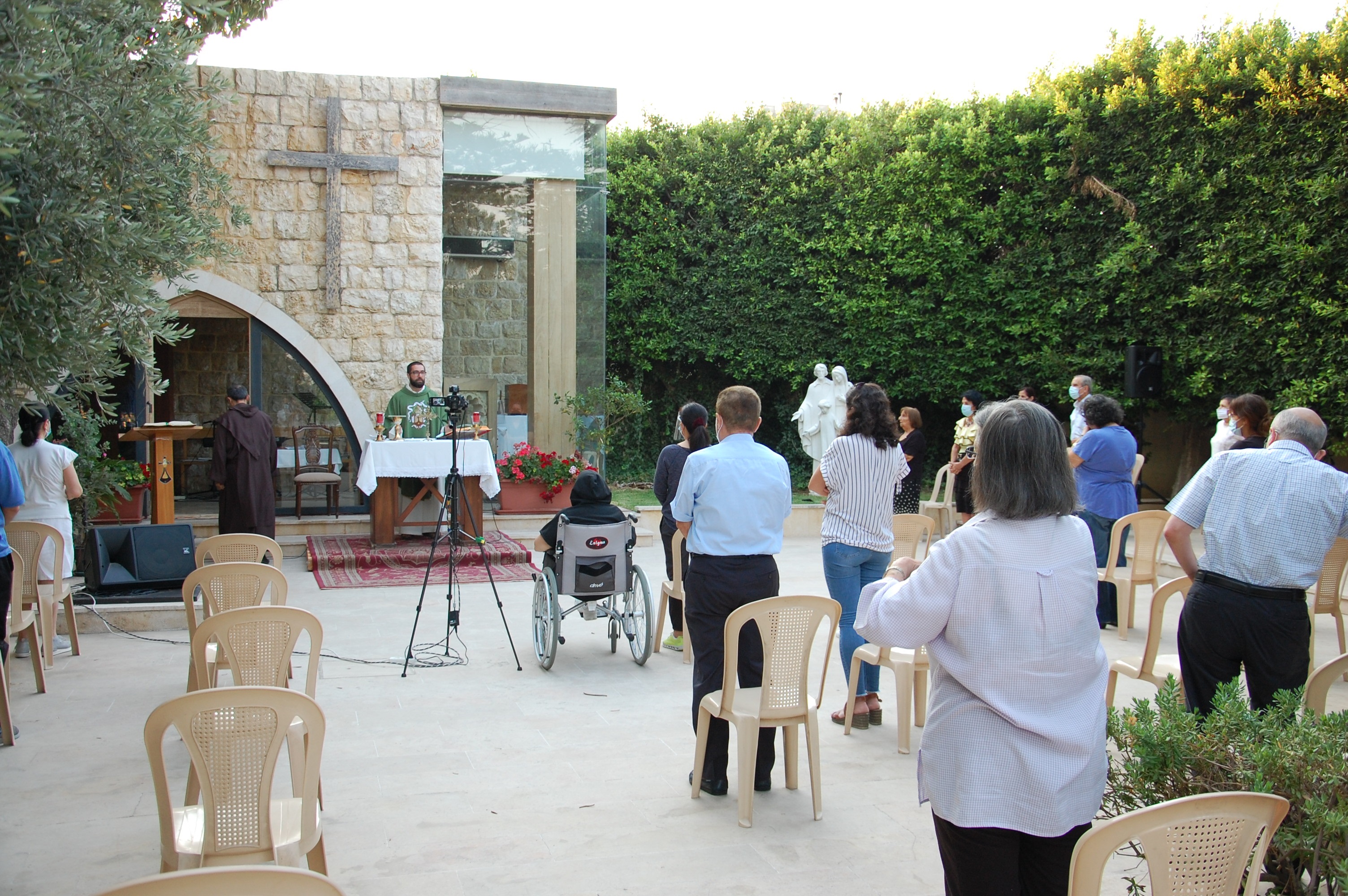 Lebanon – the Carmelite monastery in Hazmieh

The monastery of Our Lady of Mount Carmel in the town of Hazmieh, in the suburbs of Beirut, is a popular destination for Christians of all denominations, and indeed for Muslims as well.

The monastery of Our Lady of Mount Carmel in the town of Hazmieh, in the suburbs of Beirut, is a popular destination for Christians of all denominations, and indeed for Muslims as well. Women and men of all ages come here, sometimes from some distance away, to visit the little shrine dedicated to Louis and Zélie Martin, the parents of Saint Thérèse of Lisieux, or Therese of the Child Jesus.

At present, the Christians of this country, the ‘Land of the Cedars’, make up around one-third of the Lebanese population. Their numbers had already seen a great decrease, ever since the Lebanese Civil War from 1975 to 1990, but there was a mass emigration after the country’s political and economic crisis in October 2019 and again following the devastating explosion which tore Beirut apart on August 4, 2020.

As for the Carmelite monastery, despite the fact that the Catholic Church of the Latin rite in Lebanon is very small (less than 1% of all Christians), it attracts many Christian faithful of the larger denominations such as the Maronite Christians. 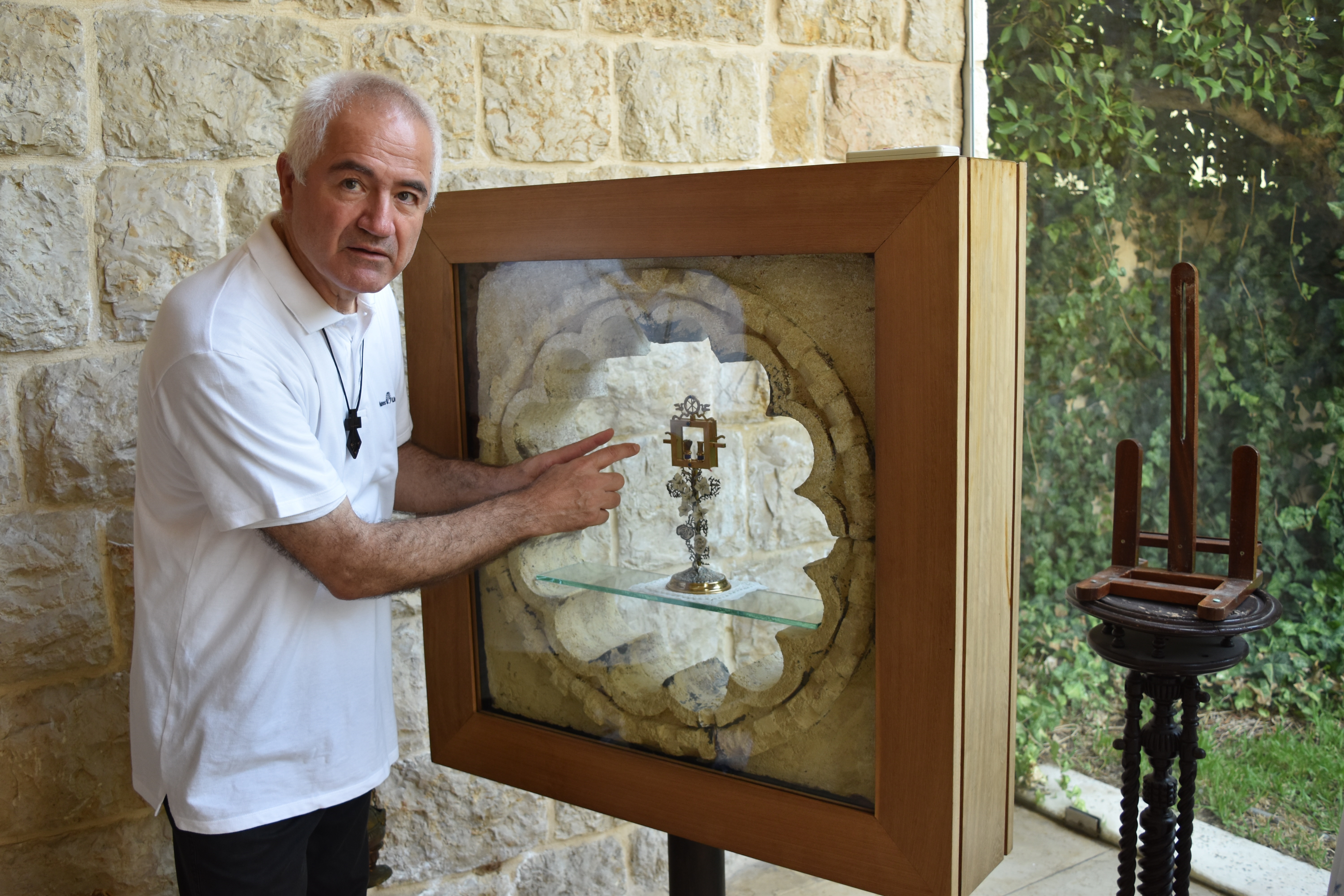 Father Raymond Abdo in the convent of Our Lady of Mount Carmel. Credit: Jacques Berset / ACN.

The Catholic Church is a great defender of marriage and the family, and Louis and Zélie Martin, the parents of Saint Thérèse of Lisieux, are a wonderful example of this. “It is a place that has awakened great interest and is also visited by Muslims. Many married couples come to see us, especially those in mixed marriages, and we have had conversions to Christianity”, explains Father Raymond Abdo, the Provincial of the Discalced Carmelite friars in Lebanon. He was speaking to the international Catholic pastoral charity and pontifical foundation Aid to the Church in Need (ACN International).

Father Raymond explains that this is “the first-ever shrine dedicated to this holy couple and it is here in Lebanon; next to it, we have placed a statue of the Holy Family.”

People also come throughout the day to pray to Our Lady of Mount Carmel. “I don’t really know why it is, but this particular statue of the Virgin, Our Lady of Mount Carmel, a particularly beautiful statue carved in Italy from the wood of a Lebanon cedar, attracts many people from all the Christian denominations, and many Muslims as well. Here in the monastery, we welcome Maronites, Greek-Catholic Melkites and Orthodox, and also Chaldean Catholics, Syriac Christians, and some Copts… For many years the church was too small and owing to the lack of space many people had to stand outside, especially on Sundays, and some people went away to find another place where they could attend Holy Mass indoors.”

In addition to the little shrine dedicated to Louis and Zélie Martin, in which the family has pride of place, the monastery of Our Lady of Mount Carmel in Hazmieh also has a centre of Carmelite spirituality which helps to explain the thought and spirituality of the Carmelite Saints and supports prayer groups.

“We thought of the possibility of building a new church, in order to be able to welcome everybody, but this would have cost a great deal, and so we decided on an extension, linking one of the wings of the convent cloister with the old church – which only cost a third of the price. We had to save up, above all because many of our local benefactors, who had begun to support the project and promised to continue doing so, were so badly affected by the crisis. For almost two years now cheques have become practically worthless in Lebanon…”

Fortunately, however, the Carmelite community in Hazmieh was able to count on the support of ACN and other organisations, and on some individual benefactors. So now the new church will be inaugurated in the middle of September, although not everything will be quite finished by then. “The Mass will be celebrated on the old wooden altar, and the new altar will not be consecrated until 2022.”