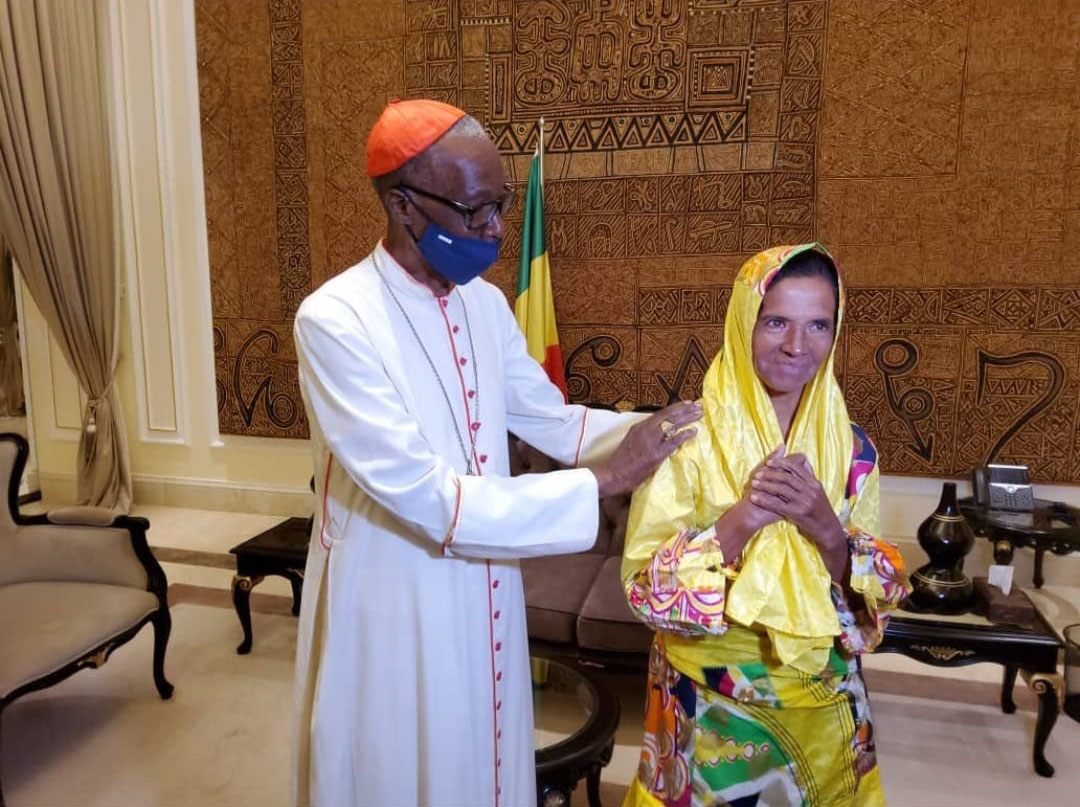 Details of her release have not yet been made public, but in brief comments to Malian television, she expressed her gratitude to the state of Mali for securing her return, and to the local and universal Church for continuing to pray for her during the whole ordeal.

In a message sent to Aid to the Church in Need International (ACN), Monsignor Jonas Dembele, president of the Malian Bishops Conference, said that “this is a great day for the Church in Mali and for the universal Church, which has been praying for her. Despite the difficulties, God does not forsake his people, he blesses his people, as the prayers of the Church helped sustain Sister Gloria. We are sure that she went through very difficult times, but nothing is impossible to God.”

“We have organised thanksgiving Masses in the parishes and the dioceses, to thank God and to pray for the people of Mali and for peace in our country,” says Bishop Dembele.

In another message sent to ACN, this time from Colombia, Gloria’s brother Édgar speaks of the reaction to the news in the native country of the religious woman. “I was contacted by the police, they received photographs of her. She is already in the company of the Bishop in Mali, and she is free. Thank you to all journalists and to all people over the world for your prayers for the release of my sister. We are celebrating all over Colombia,” he says.

His enthusiasm is matched by the joy of Bishop Mario Álvarez Gomez, head of the Colombian Bishops’ Committee for Missions. “We thank God for this moment, and congratulate the congregation and the Universal Church, and we especially thank the Holy See, the Apostolic Nunciature in Colombia and the Bishops’ Conference. Glory to God for such a happy moment for the universal Church and for the Church in Colombia,” he said, in a video statement sent to ACN.

Thomas Heine-Geldern, executive president of ACN, also expressed his gratitude to all who, over the past years, have continued to pray for this intention. “At ACN we have always prayed especially hard for those who are unjustly detained. Sister Gloria was in the minds and hearts of our benefactors during all these years, but especially this past year, during Lent, and also during the Red Week for persecuted Christians, as well in our campaign to free the captives. Her release, after four years of patient and faithful endurance, encourages us to keep praying for all those who are still hoping for freedom.”

“The liberation of Sister Gloria comes at a time when we pray for peace in the world. We are happy and we pray also for those who held her captive, for their conversion, and we tell them that we want peace, nothing more than peace and that Christians are interested in working for peace and development,” Bishop Dembele said to ACN.

“There are many difficulties in the world at the moment, especially in the Sahel region and we know that the rainy season this year wasn't good for everyone, and we need to support and help each other,” he concludes.

Sister Gloria Cecilia was kidnapped on 7 February 2017, as she was meeting with three other nuns from her religious order, the Franciscan Sisters of Mary Immaculate. A group of Islamist terrorists surrounded the group and prepared to take the youngest of the nun's hostage. However, the Colombian, who was the oldest, offered to be taken instead. For some time she was presumed dead, but a video released in 2019 confirmed that Sister Gloria was still alive.

ACN’s Religious Freedom Report from 2021 states that “the nun’s abduction, together with several attacks on military posts, show the increasingly brazen nature of the international Islamist terror groups in the Sahel.”

Mali is an overwhelmingly Muslim country, with Christians accounting for less than 3% of the population. Mali has been plagued by conflict for years. Terror acts are aggravated by ethnic tensions that run across the whole country but are particularly intense between north and south.