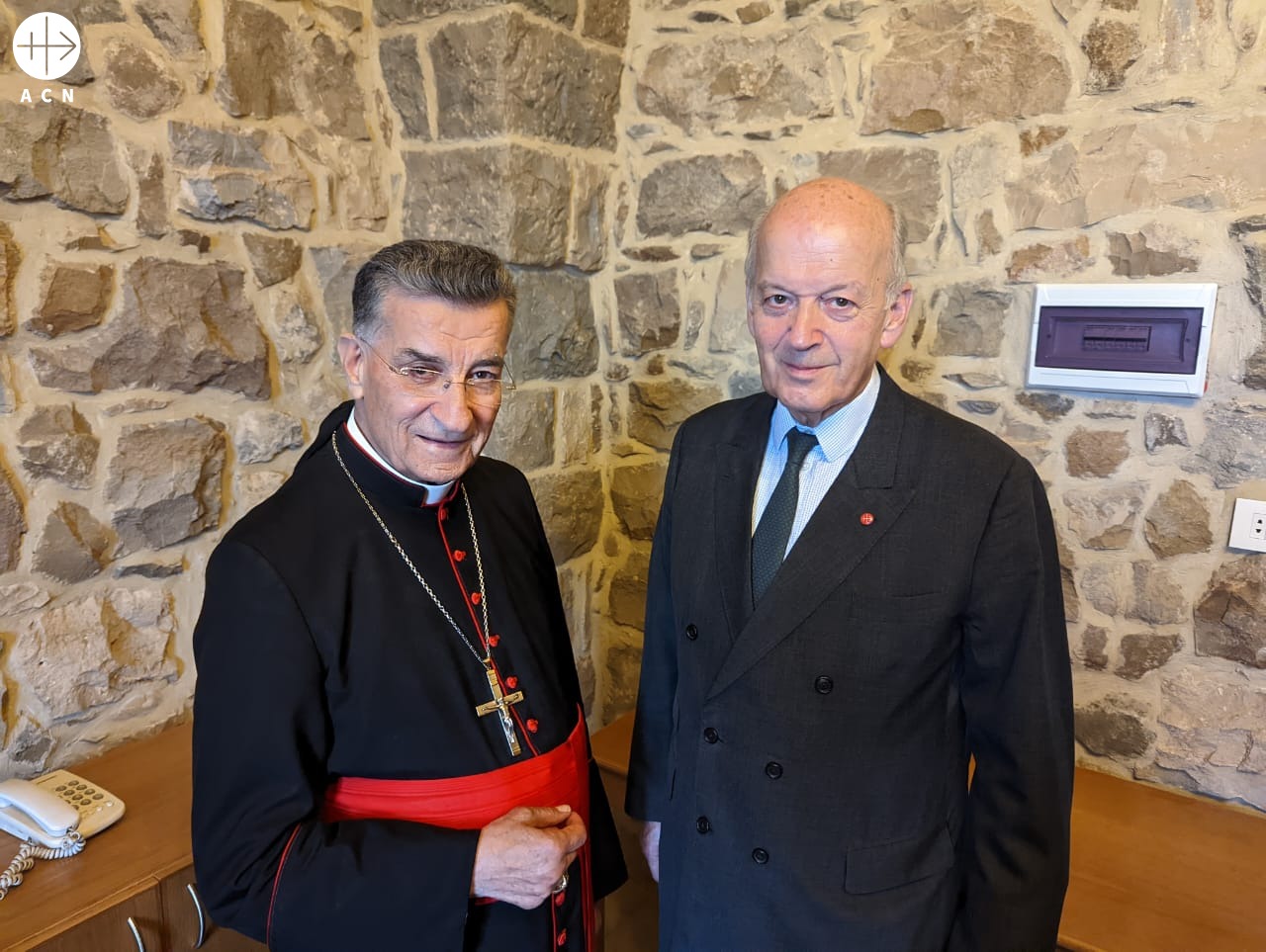 Patriarch Bechara Boutros Rai compared Lebanon to a sick person who refuses treatment and so continues to get worse. Action is required, he claims, if the country is to continue to fulfil its prophetic role in the Middle East.

The Patriarch of the Maronite Church decried political stalemates which prevent Lebanon from developing and overcoming difficulties, in a meeting with Thomas Heine-Geldern, Executive President of Aid to the Church in Need (ACN), which took place in Dimane, Lebanon, at the Patriarch’s summer residence on 12 September.

During the meeting, the Patriarch said that Lebanon’s problems lie in the political power structure. “Lebanon is like a sick person who sees that he has gangrene on his hand and does nothing, and then gets a disease in his chest, in his arm, and refuses treatment. This must be remedied”, says Patriarch Bechara Boutros al-Rai.

With politicians incapable of solving the problems themselves, says the leader of Lebanon’s largest Christian denomination, the international community must step in and help. “We are calling for a special international conference for Lebanon under the purview of the UN. We must also settle the issue of Palestinian and Syrian refugees. Finally, we must declare the positive neutrality of Lebanon”.

“Without this, there is no solution. These are the conditions for the ‘message country’, as it was called by Pope John Paul II, to continue to bear its witness”, he said.

According to the Patriarch, Lebanon is an exception in the Middle East. “There is a democratic system, very different from what exists in the neighbouring countries. If you look at these neighbours, you will see countries where there is only one party and one authority who rules without sharing power. These are countries that have not signed the Charter of Human Rights, and that live under Muslim domination. On the other hand, there are many parties in Lebanon, a sharing of power. There is no state religion, no Muslim domination, and the leaders of this country have signed the Charter of Human Rights.”

Thomas Heine-Geldern came away from the meeting with a better picture of a situation that is worrying, but not entirely bereft of hope. “Lebanon is in a very bad situation, but it is not a hopeless one, there is still hope when people sit together and agree on a good person to rule”, he believes.

The importance of education as key to ensuring that this spirit of tolerance continues to flourish – despite social and economic difficulties such as the massive inflation that has afflicted the country over the past few years – was highlighted during the meeting.  The Church’s network of schools, which educate Christians and Muslims alike, plays a special role. “We still have institutions such as schools, universities and hospitals that are the instrument of the Church's message. These institutions have been largely lost in many Arab countries because they were nationalised.”

ACN support for Lebanon’s Christian communities continues to be strong and has increased in tandem with the worsening of the financial crisis. Just recently a new programme was approved to fund 200 schools, allowing them to reopen after summer holidays.

“Support for Lebanese Christians is to help them stay in the country, because if large numbers continue to leave the rest will be a minority and Lebanon will cease to be a Christian country in the Middle East. Others won't accept giving power to Christians if they are a minority”, says Thomas Heine-Geldern.

The Patriarch acknowledged this support, thanking all those who make it possible. “I take this opportunity to express my gratitude to Aid to the Church in Need (ACN). Please convey to the benefactors our thanks for their generosity. May God reward you!”, says the Patriarch.

Featured Image: Meeting between Thomas Heine-Geldern and the Cardinal Bechara Boutros Rai. Copyright: Aid to the Church in Need.