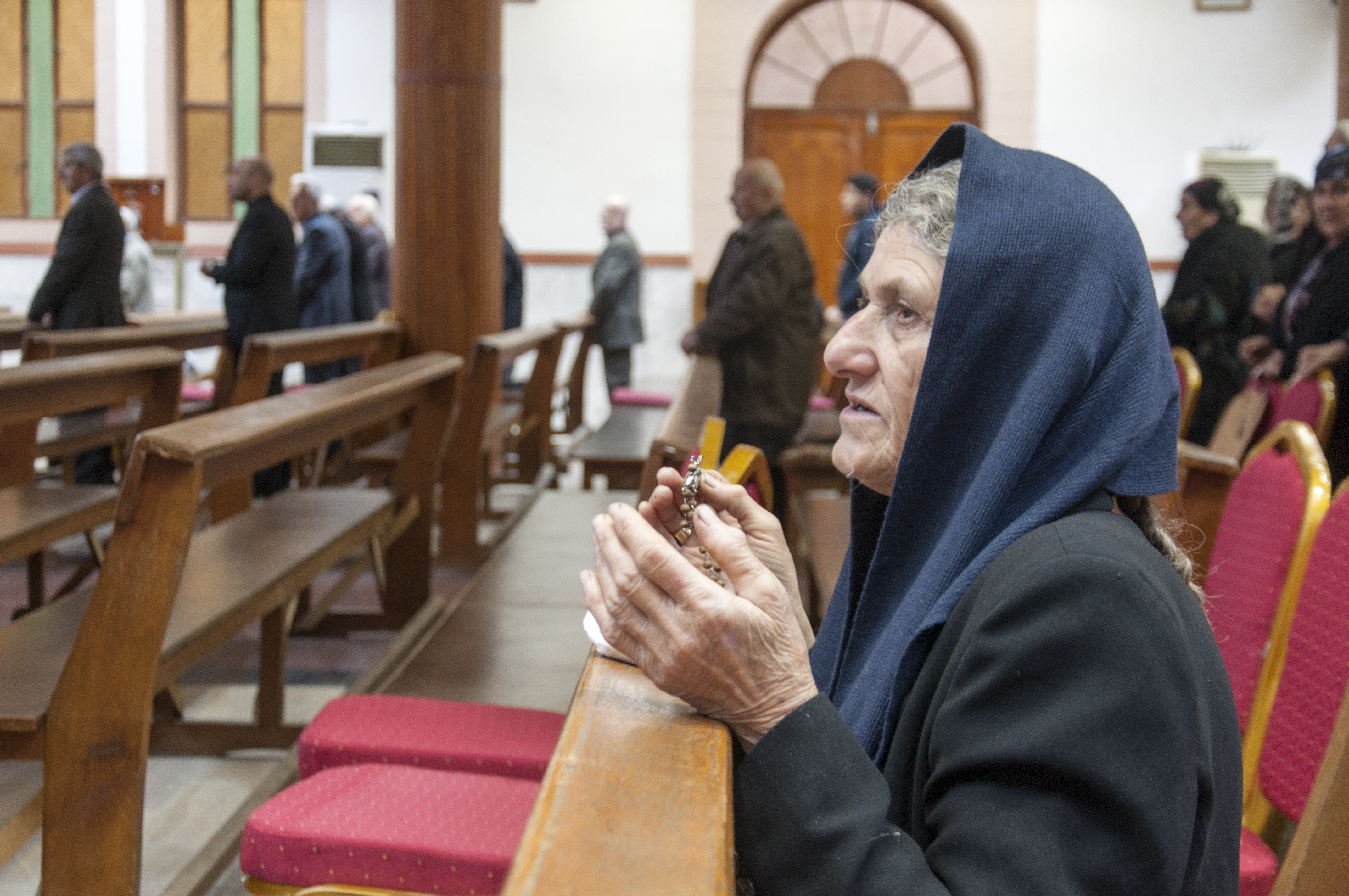 “May God heal the wounds of the Middle East!”

Aid to the Church in Need (ACN International) welcomes the Day of Peace for the Middle East.

The Council of Catholic Patriarchs and Bishops of the Middle East has announced a forthcoming “Day of Peace for the Middle East” on Sunday 27 June this year. On this Sunday all the bishops of the region, each in his own diocese, will simultaneously celebrate Holy Mass and at the same time consecrate the Middle East to the Holy Family. The Latin patriarch of Jerusalem, Archbishop Pierbattista Pizzaballa, will bless an icon of the Holy Family in the church of the Annunciation in Nazareth. The icon will subsequently be carried in pilgrimage through the various countries of the Middle East, before arriving finally in Rome on December 8, the feast of the Immaculate Conception.

Responding to the announcement of the Day of Peace for the Middle East, Dr Thomas Heine-Geldern, the executive president of the international Catholic pastoral charity and pontifical foundation Aid to the Church in Need (ACN international) has issued the following statement:

“This initiative of a Day of Peace in the Middle East comes at the right time. The bloody clashes in the Holy Land just a few weeks ago have demonstrated once again how fragile is the peace in the homeland of Jesus Christ, the birthplace of our faith.

ACN wholeheartedly endorses and supports this day of peace. We call on all our benefactors and on every parish to remember especially the people of the Middle East on this day, to pray for them and be united with them in the celebration of Sunday Mass.

For ACN the Christian minority in the Middle East are a people especially dear to our hearts. Our sisters and brothers in this troubled region are our partners and friends, and helping them is a veritable vocation, which in recent years we have increasingly discovered and embraced. It is also very much up to us, the Christians of the West, as to whether in twenty, fifty or a hundred years time there will still be Christians in the Middle East.

Particularly important in this respect are the Christian families. Many extended families have been torn apart by war and uprooted from their homes. Many young families are sceptical as to whether they still have any future in their own home country. Many Christian families in the Middle East are sitting with their luggage already packed. It is a powerful signal that the bishops are sending on this Day of Peace in consecrating the Middle East to the Holy Family, who themselves were acquainted with the experience of flight, poverty and persecution.

The whole region is bleeding from many wounds. In Syria, Iraq, Lebanon, Israel, the Palestinian territories and other countries the wounds have been inflicted by fanatical Islamist groups who have declared Christians to be second-class citizens or even marked them down as “enemies” to be exterminated. Wounds have also been inflicted by war, including Western involvement, which have left behind more losers than winners. Other wounds have been inflicted by horrific events like the explosion in the port of Beirut last August, but also by economic mismanagement, corruption, totalitarian regimes and political instability. And many wounds have also been inflicted by the all too prevalent ignorance of Christians in the West, for whom the fate of the Christian communities in the Middle East was at most of marginal interest. The grossest affront to our brothers and sisters is the sheer forgetfulness and indifference.

Along with many others, ACN has been able to contribute in recent years to alerting the attention of the Western world to the plight of Christians in the Middle East. Following the mass exodus and destruction in the Niniveh plains region of Iraq, we were able to help many Christians return to their homeland with hope for the future. In Syria we were able to help the various Christian Churches to strengthen their mutual solidarity in the midst of the murderous civil war. They have now become a source of hope for the whole population.

All this and much more besides has been made possible by the generous benefactors of ACN and its many partners on the spot – but above all to the commitment of the bishops, priests, religious and ordinary Christian faithful in the countries themselves, who have gone above and beyond all that could have been asked of them for the people entrusted to their care. We have seen for ourselves how they have breathed life into all the efforts to stem the mass emigration by combating the underlying reasons for this emigration.

There is still so much to be done, there are still so many concerns remaining. The exodus of Christians is continuing, the political, economic and social insecurities seem insurmountable. The Syrian people are groaning beneath the Western sanctions – which are hitting the poorest hardest, but not those for whom they are intended.

And yet there are some signs of hope, including the visits of Pope Francis to Iraq at the beginning of the year and to the Arabian Peninsula. Peace is a long-term project – and one that relies on dialogue, above all between the religions. Without religious freedom, there will be no peace.

The Day of Peace for the Middle East may well help to bring more awareness of the people’s need, help people to show solidarity and give practical help. But above all it is an invitation to prayer. May God heal the wounds of the Middle East! May the Holy Family shield, protect and safeguard the Christians of the Middle East! ACN International will continue to stand by their side.”