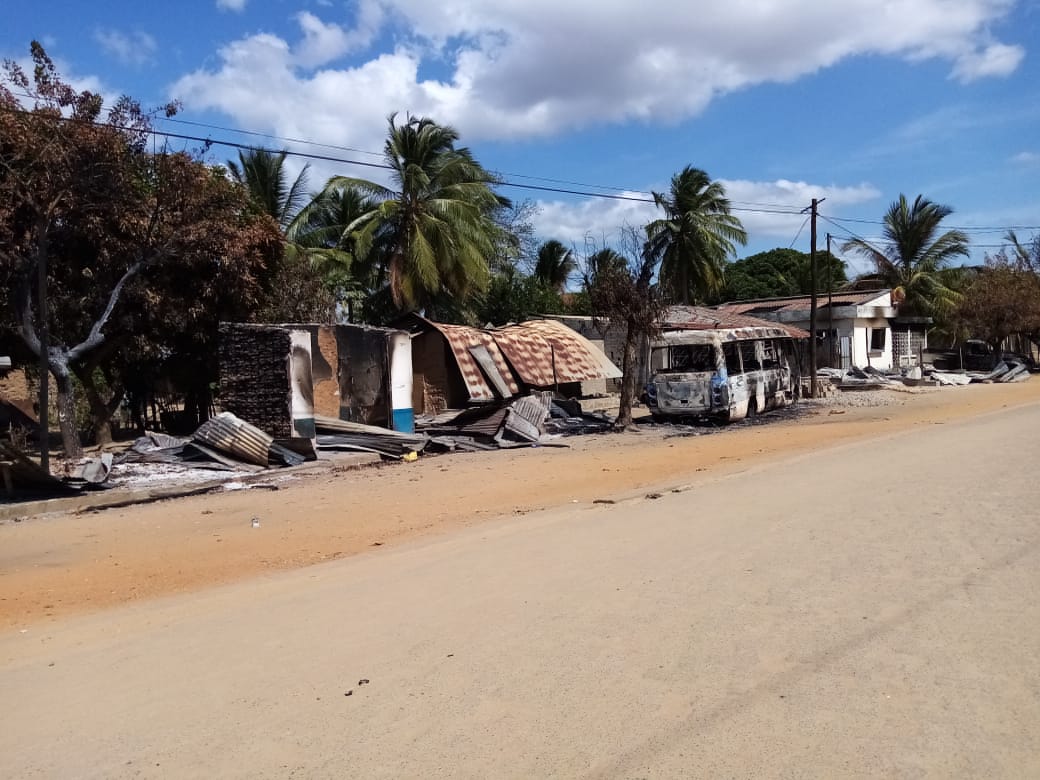 MOZAMBIQUE: Catholic priest denounces abduction of “hundreds” of children by jihadists – boys to be forced to become child fighters, and girls to be abused as “child brides”

“They are wounds that will be difficult to heal”, says Father Kwiriwi Fonseca of the diocese of Pemba in northern Mozambique.

Father Kwiriwi Fonseca spoke to the international Catholic pastoral charity and pontifical foundation Aid to the Church in Need (ACN International). He estimated that in addition to more than 2,500 people killed and more than 750,000 made homeless since the terrorist attacks began in October 2017 in Mozambique’s northernmost province of Cabo Delgado, a large number of people have also been abducted, most of them young boys and girls.

There are no official statistics as to their number, but Father Fonseca has no hesitation in affirming that “we can speak of hundreds, because if we include all the villages from where people have been abducted, we can undoubtedly state this much.” According to him, the boys have been abducted for a very specific purpose: “the terrorists use these children and forcibly train them to fight in their ranks, whereas the girls are raped and forced to become their “brides.” In some cases, when they have grown bored with them, these girls are simply thrown out.”

Father Fonseca is responsible for communications in the diocese of Pemba and maintains contact with scores of victims who have been displaced by the terrorist violence. He is also in constant contact with other priests and religious working in the province of Cabo Delgado.

One of the people who first alerted him to these abductions was the Brazilian religious, Sister Eliane da Costa. She was in the northern town of Mocímboa da Praia in August last year when this port city fell into terrorist hands, and afterwards dozens of people were kidnapped. She herself was among them, together with another religious, Sister Inés Ramos, both of them belonging to the same congregation of Saint Joseph of Chambéry.

“Sister Eliane herself was held for 24 days by the terrorists, in the mountains, and she begged me, ‘Padre Fonseca, please don’t forget the people who have been abducted, above all the children and adolescents, who are being trained to become terrorists,'" Father Fonseca recalls in an interview via Zoom with ACN International.

Another town that witnessed terrorist attacks was Mucojo, an administrative centre on the coast in the district of Macomia. Living there at the time was Mina, a woman now utterly devastated by her horrific memories. Every time she recalls what happened to her and to her family, to her husband, her children and her brother, it reopens a terrible wound that shows no sign of ever healing.

Father Fonseca went to see her and listen to her tragic story. “Five men suddenly appeared, surprising them, and the local people realised that they were terrorists of Al- Shabaab. The terrorists found Mina at home with her husband, her brother and her four children. They told her, ‘We’re going to take these two boys.’ In the end they took three boys, aged 14, 12 and just 10 years old. They tied up her husband and her brother and told her to leave because they were going to kill them. She refused to go. And so, she was forced to watch as they cut the throats of her husband and her brother. Not only that, but her own little girl of two or three years old also witnessed the murders. The little girl is still in shock to this day and keeps insisting that they return to the town to see her father. She witnessed the entire scene.”

What kind of future can these abducted youngsters expect?

Father Fonseca has absolutely no doubt that these boys will be subjected to a process of radicalisation in order to recruit them into the ranks of the terrorists. “I believe the object is radicalisation. We are talking of children and young people who were torn from their homes last year, or the year before… It’s a long time to be in contact with evil, and one ends up assimilating this evil. Interacting with them can end up converting them into the worst kind of terrorists…”

It’s a situation that raises many questions, including from a military perspective. These children and young people have been forcibly separated from their families, their villages and the familiar surroundings in which they have always lived. “If they intensify this warfare and international allies, other governments and countries come to try and help Mozambique wipe out the terrorists, what will that mean?” Father Fonseca asks himself. “It means that many innocent children may also die…”

Featured Image: attacks from jihadist in Mozambique. Copyright: Aid to the Church in Need.