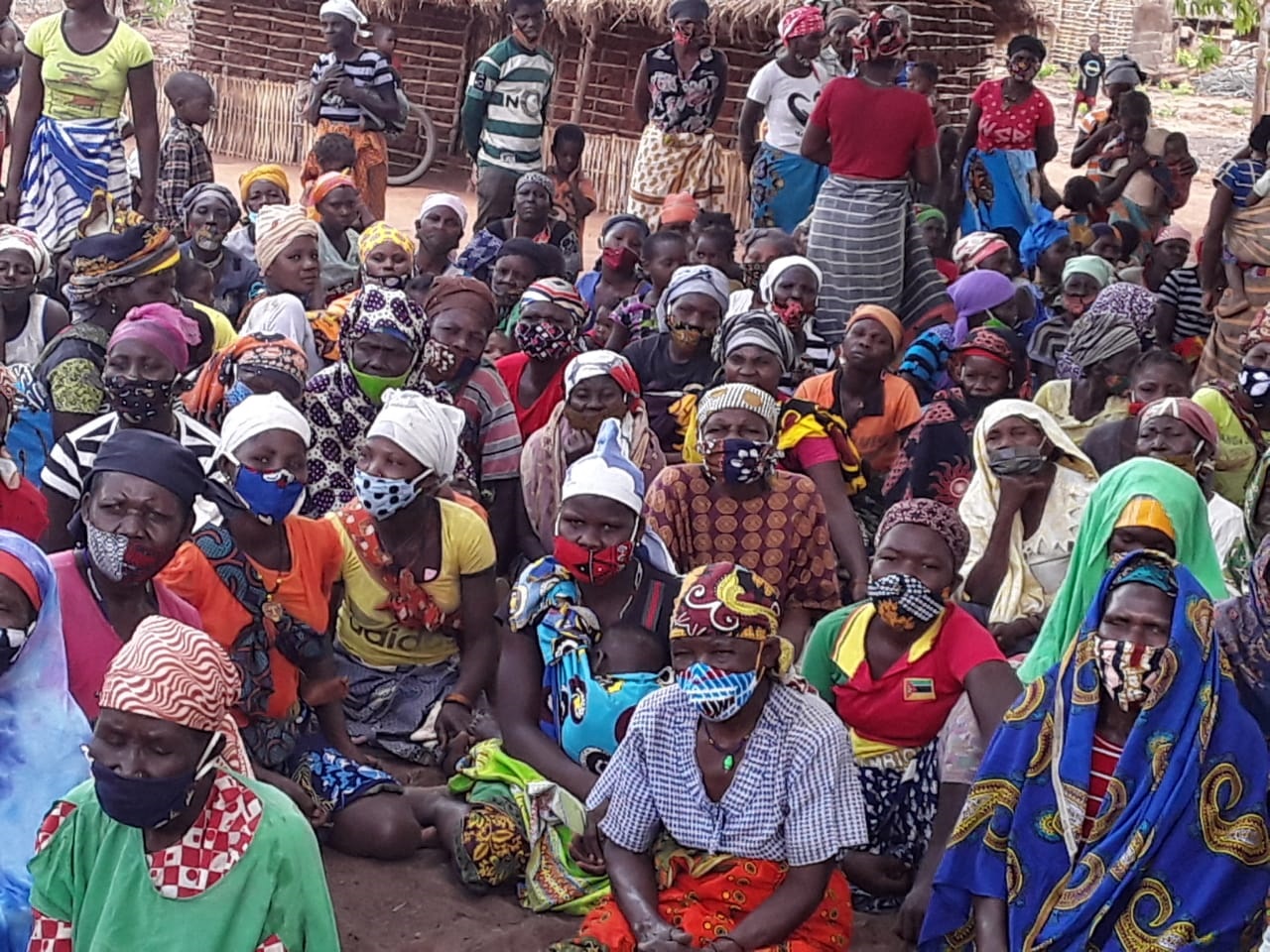 MOZAMBIQUE: How many more deaths will it take before the world reacts?

By Paulo Aido and Maria Lozano

A week after the attack on the town of Palma, in the far north of Cabo Delgado province, local parish priest Father António Chamboco expressed his sadness to Aid to the Church in Need (ACN) about the lack of information to the whereabouts of the faithful who made up his parish.

Although he was not in Palma when the attack began on Wednesday 24 March, he followed the news from afar. Helpless, he heard about the violence of the outbreak, the people fleeing and the bodies in the streets. The self-proclaimed jihadist group "Islamic State" claimed responsibility for the attack on Monday 29 March.

"When I heard about the attack, I felt pain and sadness. Pain because I have been in Palma for a year and had already grown to love the people, the community there.” At first, it was still possible for him to keep in touch with Palma, but the phone lines quickly became unusable. “I was in contact with two coordinators from the Catholic community during the first phase [of the attack]. When the [telephone] network was still working, they informed me that there was some shooting [in the village], but five minutes later there was no communication..."

The parish priest does not know whether the church and the parish hall were damaged or destroyed by the terrorists. The whereabouts of the people are also uncertain and this gives cause for concern. Palma had a population of about 50,000 with dozens reported dead and is now a ghost town. Images from a video sent to ACN, said to have been taken in Palma after the attack, show images of the aftermath of an unprecedented massacre, people decapitated, and bodies mutilated.

"The images we have seen are shocking. We cannot even share them because they wound human dignity by their brutality. The terrorists seem to want to cause maximum damage and sow the greatest terror in their destructive frenzy. We wonder how many more deaths there must be before the world does something to stop this violence. These lives do not seem to count. It tears my heart out," says Ulrich Kny, Project Manager for Mozambique at ACN International.

"The foundation is trying to help and support very closely where the local Church is doing the possible and the impossible in this very difficult situation to alleviate the humanitarian crisis. But there is a need to stop this unrestrained violence. Let us pray for the people, for all those who have lost everything and all those who are missing or in hiding. The world cannot ignore this drama," Kny demands.

Thousands of people are still missing. Father Chamboco fears for the lives of his parishioners. “Almost nothing is known” about a large number of believers in his parish, he says. He only managed to contact the two coordinators. "I was able to reach one of them near the Tanzanian border. When he fled the attacks, he went to Tanzania and is still there.” The other parish coordinator seems to have sought refuge in Nangade, as reported to him by a woman who was rescued from Palma.

For Father António Chamboco, despite all the violence, a message of hope is needed. "We pray during this Holy Week that Christ, with his suffering, death and resurrection, will bring relief to the people who are suffering at this time. We need to pray and trust in God to help and alleviate all these problems in Cabo Delgado province."

Cabo Delgado region has been the scene of attacks by armed groups claiming allegiance to the jihadists of the Islamic State group since October 2017, leading the region into a situation of a deep humanitarian crisis. According to the United Nations, there were more than 670,000 displaced people and more than 2,500 dead at the end of last year. With the recent attacks, the situation has worsened.

"The attack on Palma is a clear escalation of the conflict. In the district of Palma, it is estimated that there were more than one hundred thousand people, because in addition to the local inhabitants, already more than forty thousand people had sought refuge there fleeing previous attacks in other districts. What could be more tragic than to flee like prey from one place to another?” Kny asks.

From the outset, ACN has sought to support the local church's efforts to help the displaced population and has provided an initial emergency grant of $247,000 AUD. ACN has also supported the livelihoods of priests and sisters in the region, as well as funding the training of seminarians and other projects related to the most pressing needs of church life in Mozambique.

"We must increase our financial support and prayers for the Church in northern Mozambique. In view of the expected drastic increase in the influx of refugees, the diocese of Pemba and the neighbouring dioceses, which are already completely overwhelmed by the humanitarian disaster, will not be able to increase their work without outside help," says Kny.