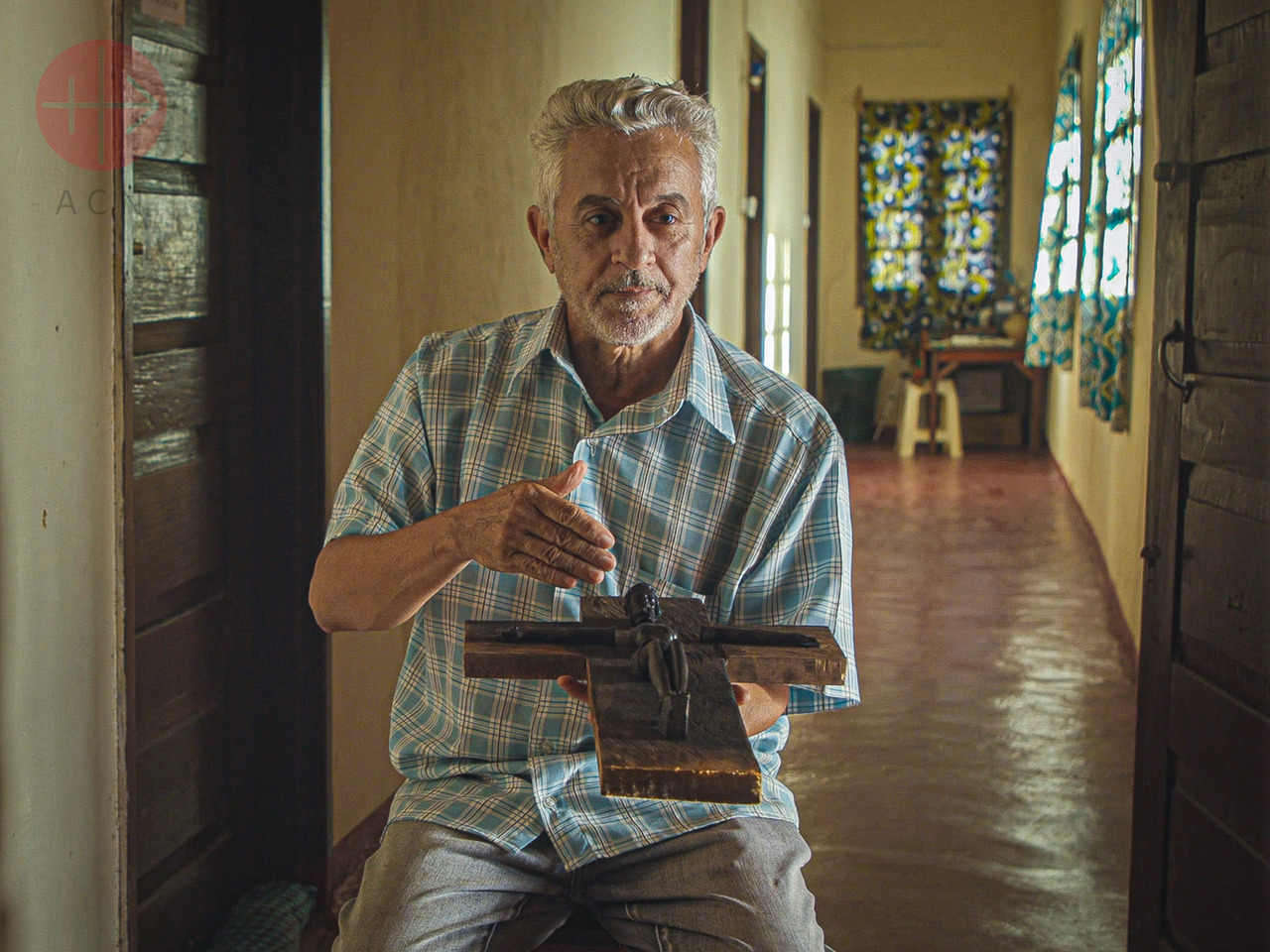 Mozambique: The cross with a broken Christ

How can they possibly forget the attack on the Catholic mission of Nangololo, in the Muidumbe district of Cabo Delgado? Without doubt this was one of the most savage attacks to have occurred in the diocese of Pemba since the jihadist terrorists began their reign of terror in October 2017 in this, the northernmost region of Mozambique. The Catholic mission there was destroyed and practically nothing of it was saved. Many of the Christians’ houses were burned down, as was the church, the residence of the priests and that of the religious sisters, and the buildings of the community radio station of Nangololo, the second oldest Catholic mission in the diocese of Pemba. In addition, during the attacks over 50 young people were massacred inside a football stadium in nearby Muatide. These executions carried out by the terrorists are believed to have taken place between the 6th and 8th of November 2020. Subsequent accounts by the survivors spoke of the “agony” of seeing over 50 people beheaded. According to ACN’s sources, almost all of those who once lived in the Muidumbe region have since been forced to try and resume their lives elsewhere in the country, whether in the refugee resettlement camps or with relatives and friends in other distant villages and towns.

Father Edegard Silva, a Brazilian Salesian missionary, was also forced to leave Muidumbe. He finds it difficult to forget the tragedy that unfolded there during those days of November. He is now working in Mieze, in the west of the diocese of Pemba, in the parish of Our Lady of Mount Carmel, where he has created some very special spaces for prayer. One of these is for praying the Way of the Cross, while the other is for the ‘missionary Rosary’. Both are open spaces, without any doors, where everyone is invited to come and join their voices to those of Christians all over the world. Every time they pray the Way of the Cross, the Catholics here in Mieze do so with the memory of the violence and death in Cabo Delgado.

With wood taken from one of the houses burned down in the attack in the Muidumbe district, the Catholics have created a crucifix to represent the suffering of the community there. “The cross was made from the charred wood of the house of one of the Christians, and the figure of Christ is made from broken pieces because we wanted to recall the situation of so many people, men, women and children, who have been cut to pieces”, Father Edegard explains to ACN. “And so the body – the feet, the hands and the head of Christ – are in separate pieces, as an expression of the reality lived by so many people here in this war zone of Cabo Delgado."

This crucifix of charred wood with the figure of Christ in pieces is the central feature of the Way of the Cross, which has been created within a small space made of woven branches and covered with straw, like all the houses in the villages of this region. At the entrance, there is a small label on which one can read that this is “the face of Jesus in Cabo Delgado”. Just next to it there is an open area with a giant Rosary traced out in the sandy soil, which is intended to remind people of “the Marian dimension of the Church and the solidarity shown by people in so many other places around the world”, Father Edegard explains. They pray a great deal in Cabo Delgado. This prayer of a people oppressed by violence at the same time expresses the vitality of the Church which, although materially poor, is very rich in vocations, and in brotherly love – for which it stands as an example to the rest of the world.

“There is a beautiful aspect to this prayer”, the Salesian missionary explains, “in that in every Mass there is always a prayer for peace in all of Mozambique and in the rest of the world as well. We don’t ask for peace only in Cabo Delgado, because the reality of war is not something that exists only here. The Rosary opens us up to the whole world – that is what we mean by the missionary Rosary. Whenever we pray it, we ask for peace on every continent, for solidarity for all and for ourselves as well. When we bring our sufferings to our prayer, we want to pray not only for the sufferings in Cabo Delgado, but also for the sufferings of all the world, the crosses of the world.”

Cabo Delgado has witnessed an enormous number of victims of this violence, terrorism and religious intolerance. Since the beginning of the violence, there have been over 3,000 people killed and more than 850,000 people left homeless.

Featured Image: Fr. Edegard Silva Junior with a burned cross and broken Christ on it. Copyright: Aid to the Church in Need.