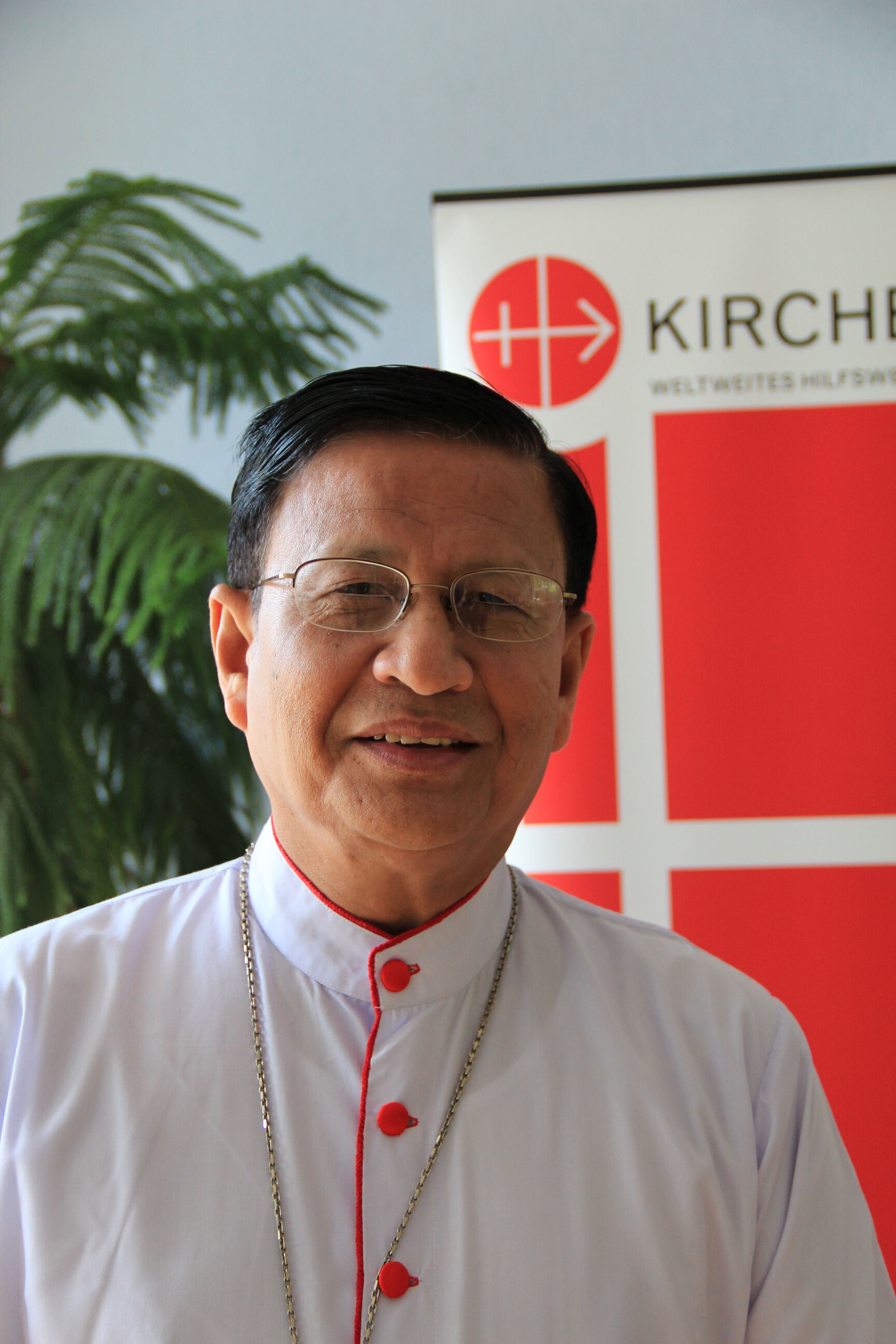 Myanmar/Burma: grief and shock after attack on church

In an “earnest appeal” addressed to the wider world Cardinal Charles Maung Bo, the Archbishop of Yangon (Rangoon), has spoken out following the Whit Monday attack and shooting in the Catholic Sacred Heart church in the city of Kayanthayar, in the southeast of the country. Four people were killed in the attack and eight others wounded, according to the Cardinal‘s statement, which was made available to Aid to the Church in Need (ACN International).

He condemned the attack as a “humanitarian tragedy.” Apparently people had sought refuge inside the church in order to shelter themselves and their families. “The midnight attack made the people flee to the jungle,” the Cardinal told ACN. “Their fate is still not known to the outside world.  There are many children and old people among them, forced to starve and without any medical aid.”

The church was also badly damaged in the shooting, Cardinal Bo explained, adding that the recent developments in the country had filled him with “sorrow and pain.”

Speaking on behalf of the Bishops' Conference of Myanmar, the Cardinal pointed out that churches, hospitals and schools “are protected during conflict through the Hague conventions” – making it clear that this action constitutes a human rights abuse, and against their own people, by the military, who seized power again in a coup at the beginning of February this year. “Apart from all Protocols, let us remember the blood that is spilled is not some enemy’s blood,” he recalled. “Those who died and those who were wounded are the citizens of this country.”

Already, according to the Cardinal, over 20,000 people have been forced to flee their homes in the course of the fighting in the city of Loikaw, the capital city of Kayah State, close to the Thai border. “This needs to stop,” he demanded. The situation of the people had been made still worse by the coronavirus crisis, he said, adding, “Covid-19 has robbed them of their livelihood, starvation stalks millions, the threat of another round of Covid-19 is real.” In such a situation, the armed conflict was nothing more than “a cruel anomaly,” he concluded.

According to international media reports, around 300 people had gathered in the church, seeking refuge from the fighting between the Burmese military and the “People's Defense Force,” (PDF), a resistance movement established among the Karen people. Roughly half the population of Kayah State are Christians.

Similar things have happened in neighbouring Shan State, it appears, where media reports indicate that there was shooting by the army at the Catholic cathedral in Pekhon, on Whitsunday.

“The recent escalation in violence on Whitsunday this year, which did not even stop short of attacking places of worship and defenceless people, has shaken us profoundly,” commented Dr. Thomas Heine-Geldern, the executive president of ACN International. “For months now the people of Myanmar have been going through a time of profound darkness,” he added. “The Church is emphasising, both by her appeals and still more by her work, that as a small minority in the country she will do everything possible to promote peace and the development of the nation, as well as supporting people in their misery, which has been made still worse by the pandemic.”

This is why ACN has been giving extra support, above all during the coronavirus crisis, to priests, catechists and religious sisters in their work, and for the most needy families in the country.

“What Christians in Myanmar need, in addition to our practical help, is prayer. This was something Cardinal Bo also emphasised in his appeal,” Dr Heine-Geldern insisted. “Let us pray to the Lord that the political and military decision-makers in Myanmar will come to see reason and good sense and that peace may soon prevail again in the country,” he concluded.