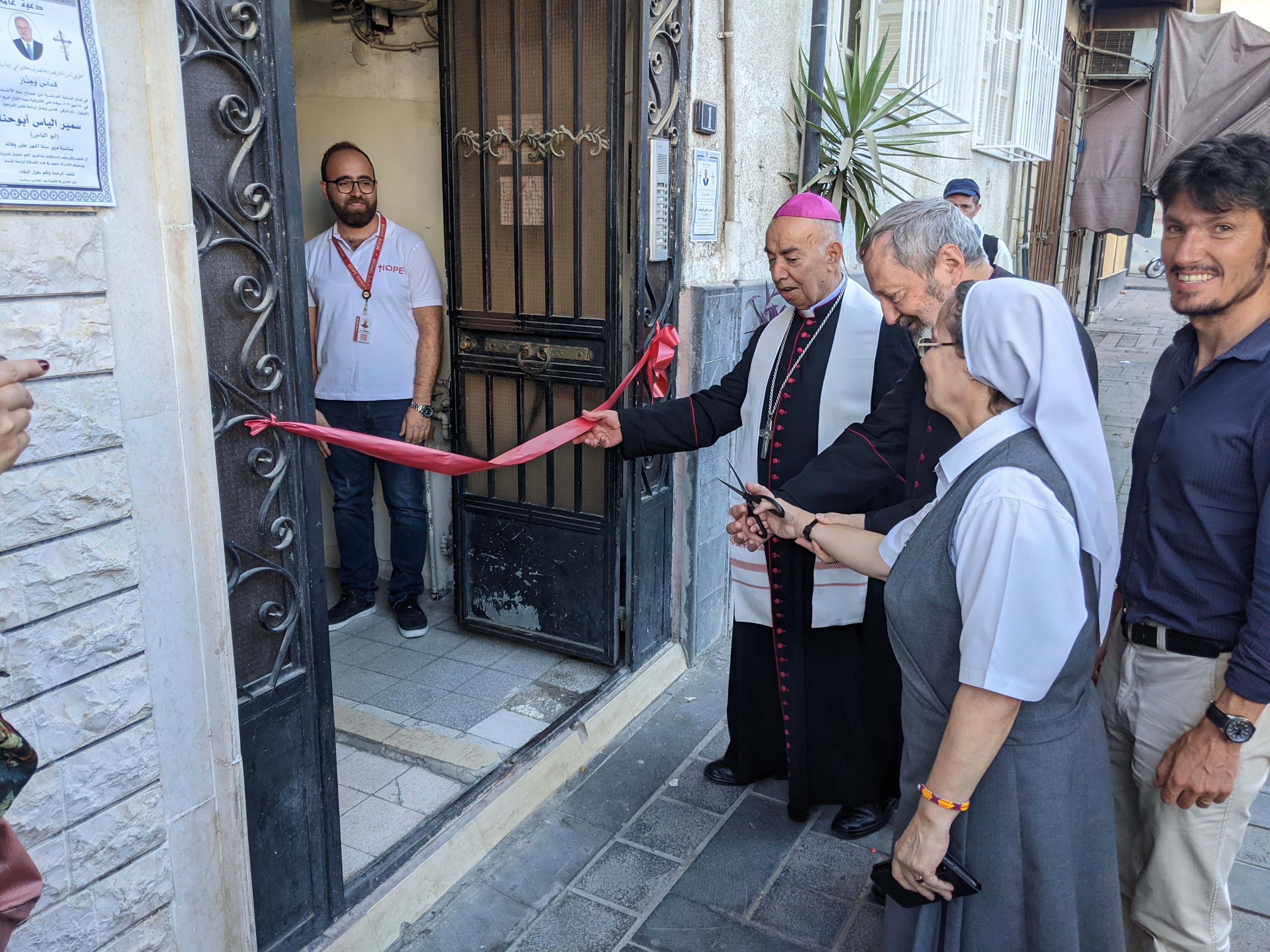 Damascus, Syria — Christian Hope Centre, a Syrian organization supported by the Catholic Church, has opened its first ever microprojects program centre in the Syrian capital of Damascus.

The program, which launched officially on July 22, will be the only microprojects center in Damascus’s historic Christian quarter.

The program will provide families with funds to begin new business ventures or restart projects disrupted during the decade-long Syrian war. The center operates under the spiritual direction of the Latin Bishop of Syria, Bishop Georges Abou Khazen.

The microprojects program center is based in Bab Touma, Damascus’s historic Christian neighborhood, opposite the Melkite Catholic Cathedral, Our Lady of the Dormition. There, workers and volunteers will assess applications submitted for support to restart businesses, typically in the form of equipment or training. 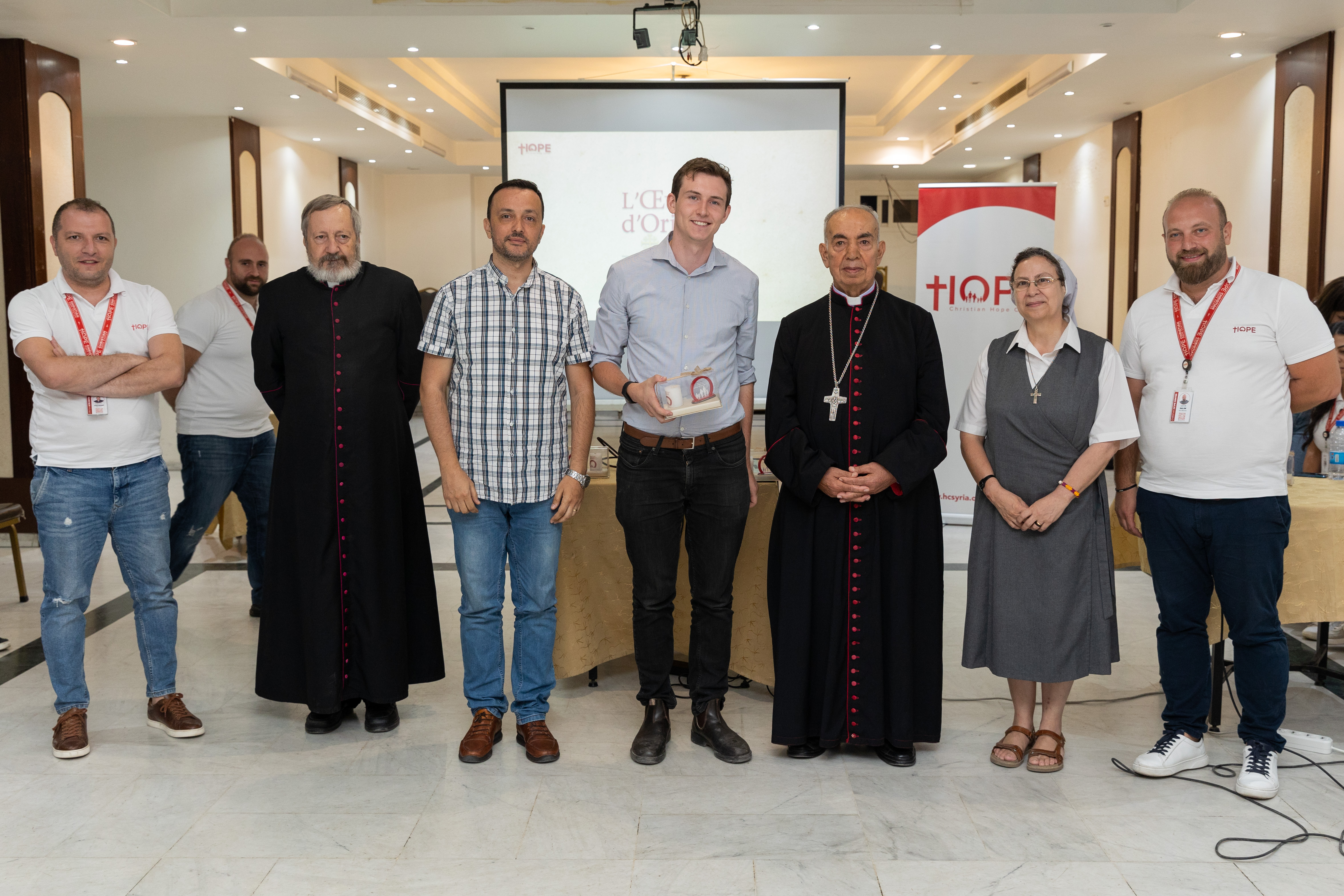 With a deepening economic crisis in Syria, many Christians say that today’s economic crisis is worse than the many years of war they have endured. 90% of the Syrian population now lives below the poverty line. While Damascus is the administrative capital of the country, many Christians live in poverty, especially in the districts of Jaramana and Dwelaa. Both neighborhoods house large populations of Christians who fled war in other parts of the country. The spiralling cost of rent, medicine, and food has left many households unable to cover their basic costs.

Christian families struggling with poverty will typically turn to the Church for support, which provides aid in the support of food packages, rent coverage, and tuition aid. Many Christians, however, say that while they are grateful for the emergency aid, they also want the stability of work to support their families.

In the context of many Christian families emigrating to pursue life in the West, this stability is what they say they need to lead a dignified life in their historic homeland. Although today Syria is more than 90% Muslim, as late as the 1920s it was 30% Christian. Damascus in particular has particular significance as one of the sites of the earliest Christian communities.

The new center in Damascus lies meters from the Straight Road mentioned in the Acts of the Apostles, where St. Paul had his sight healed by Ananias after his conversion on the road to Damascus.

Carla Audo, who works for Christian Hope Center, thanked the benefactors of Aid to the Church in Need (ACN) International for their support for the program in Damascus: “We can help the families to start over, we give them a reason to stay, and a chance to build their country. I just want to thank supporters from ACN for their support and for their constant inspiration.” 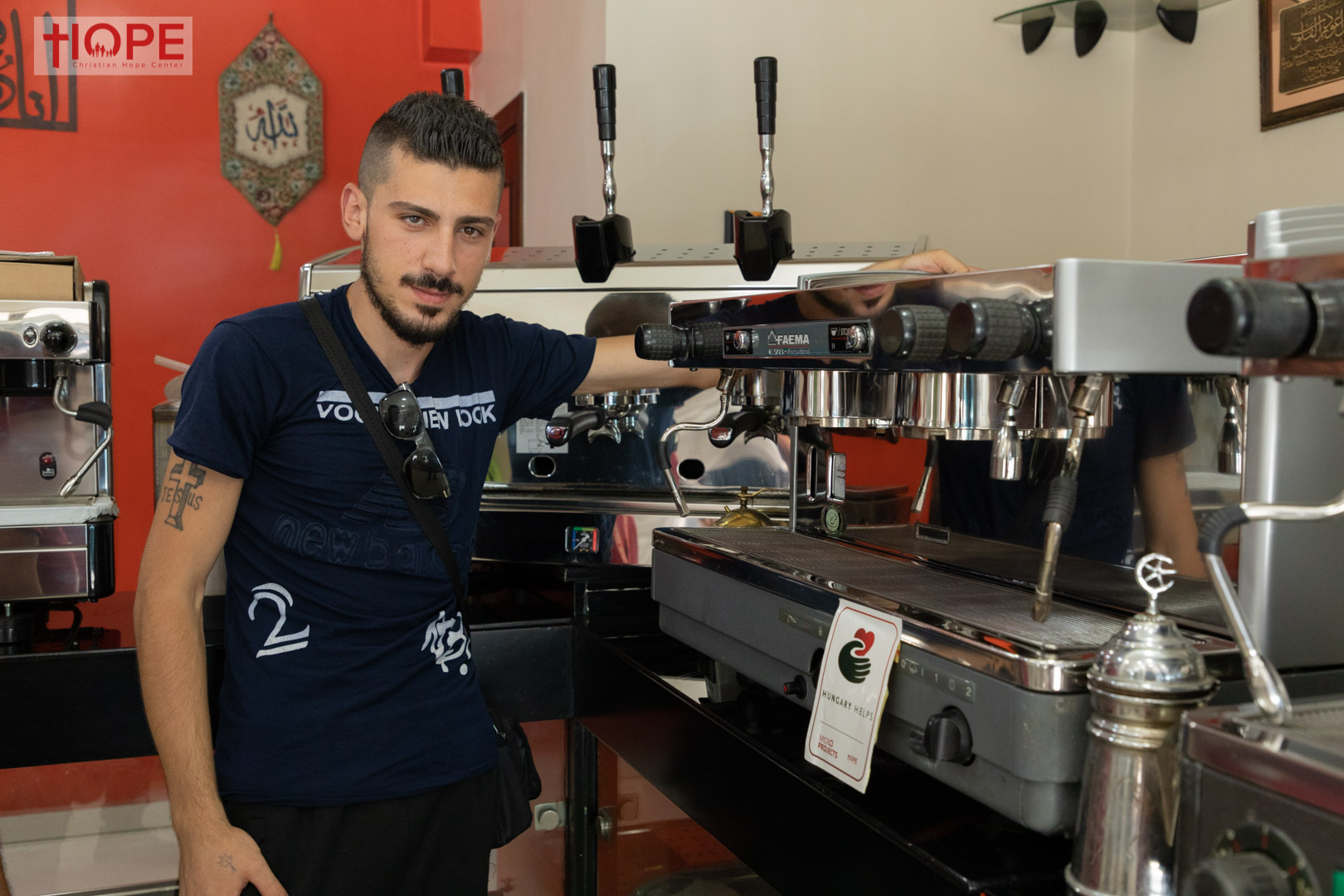 One local Christian able to successfully support his four family members in Aleppo as a result of a micro project is 25-year-old Johnny Sayegh. In 2013, his father was kidnapped and murdered by a Syrian militant group, leaving his mother and two siblings without a stable source of income. Born blind in one eye and left disabled after a workplace incident, he had more limited career options. Christian Hope Center, however, was able to support him with a grant to purchase equipment for a coffee shop, which now provides income to himself and his family.

The new project in Damascus is supported by Aid to the Church in Need International and builds on the prior work of other international organizations to support Christian Hope Center in Syria (including Oeuvre d’Orient and Caritas Poland). ACN is an international pontifical foundation that provides pastoral aid to the suffering or persecuted Church, especially in the Middle East.

Over the past 10 years, ACN has spent around $50 million to provide pastoral and spiritual aid to Syria’s Christian population, to help combat the effects of discrimination, war, and poverty.