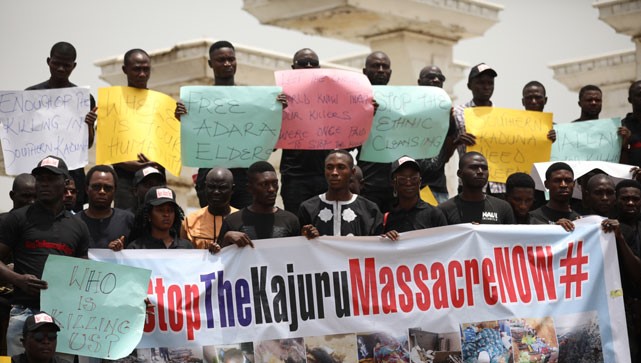 Nigeria: danger of stigmatization against the Fulani

The Pontifical Foundation Aid to the Church in Need (ACN) interviewed Rev. Fr. Blaise Agwon, director of the Centre for Dialogue, Reconciliation and Peace in Jos, the capital of Plateau State in the central belt region of central Nigeria.

The Nigerian priest is currently researching conflict and peace management with the Centre for Conflict Management and Peace Studies at the University of Jos. The focus of the investigation is the "Conflict between farmers and herders in the middle belt region and the mediation of third parties." Maria Lozano, press officer for ACN International, talks to him about the conflict that has cost the lives of more than a thousand people.

A few weeks ago, the Bishops from Kaduna Region sent a very harsh statement about the horrible and huge dimension of the tragedy since “the last three years.” Has something happened that has provoked this wave of violence and killing?

I think the escalation of the conflict in recent years can be attributed to the activities of terrorist organizations such as Boko Haram and ISWAP, arms proliferation as a result of the conflict in some African countries such as Libya, Mali, CAR, etc. However, these conflicts are not peculiar to Nigeria but to most African countries; especially those within the western region are grappling with the same situation.

The Western world knows about Boko Haram and ISWAP threats, but the situation that the bishops are commenting related to the atrocities in the north of the Middle Belt is not connected to these groups.  What is the conflict about?

There are so many factors that are responsible for the conflict in the Middle Belt. There is for example erosion, competition over land and water by farmers and herdsmen, cattle rustling, kidnapping, banditry and thuggery. Because of the Boko Haram and ISWAP conflict in the northeast and the shrinking of the Lake Chad basin, which until now provided the means of livelihood for over 40 million people, there is a mass movement of both humans, animals and even birds and reptiles towards the middle belt due to the effects of desertification. Thus, this has resulted in serious competition over resources such as water and land, for farming and gazing, for building and economic activities. This has in turn created tension amongst the people.  Furthermore, Boko Haram and ISWAP remain a major factor in the conflict in the Middle Belt as they are still operating in that area. They are involved in kidnapping, banditry and even cattle rustling.

The antagonist fight between farmers and herdsmen is ancestral in Africa and for this reason some people speak of a tribal war. Is it true that most of the crimes are being done by herdsmen of the Fulani ethnic group?

It’s true that the Fulani herdsmen are deeply involved in perpetrating crimes in the north and especially in the Middle Belt region, but it is not all the Fulani that are involved. Furthermore, it is not only the Fulani that are responsible. There are so many groups from the local ethnic tribes that are also involved in criminality, banditry, kidnapping and cattle rustling, some of them have even formed militia groups. In fact, there are some of the Fulani that have formed criminal gangs with the local Christian groups and are terrorizing both the Fulani and the local ethnic groups. Thus, most of what is happening is more of criminality and also a conflict over resources.

There are around 20-25 million Fulani population widely distributed in the Sahel and West Africa. Some sources even speak about 40 million. Is it not dangerous to stigmatise a whole people, the whole community?

It’s true that we have over 40 million Fulani spread across the Sahel and historically, they have always had misunderstandings with their neighbours, the farmers. However, such squabbles have always been settled using local mechanisms for conflict resolution.  These conflicts have risen in numbers and gravity in recent years not only in Nigeria but in other counties as well. For example, Mali, Niger, Burkina Faso, Ghana, Cameroon, Chad etc. Some of those countries are predominantly Muslim, for example, Niger and Mali. Yet, they have experienced a great rise in the conflict in their own communities between herdsmen and local groups.

Some people think that the conflict turned into a genocide by sponsored Jihadis against the Christians in the north, where they are a minority. What do you think about this hypothesis? Have the Fulani groups been radicalized and infiltrated by Islamic jihadists?

The conflict in the Middle Belt may appear as a religious conflict because it is between the herdsmen who are predominantly Muslim and the farmers who are predominantly Christian. However, it is more of a resource conflict than a religious one. It is only the religious fault line that makes it appear as a religious conflict. However, it is a resource-based conflict over land and water, for farming and grazing etc. Because of this, there is the danger of stigmatization against the Fulani where all of them are referred to as jihadists because of the evil deeds of a few even when the majority of them are very good, peaceful and industrious people.

It is true that many people have died as a result of these atrocities.  It is also believed that jihadists or mercenaries from other countries, especially Mali, have also been responsible for some of the atrocities that have taken place in the North. However, it would be wrong to claim that the atrocities are only targeted at Christians. That claim is not only wrong but uncharitable. Muslims have suffered from those attacks just as Christians have suffered. States like Zamfara, Yobe and Katsina are over 90% Muslim, yet so many of them have suffered in the hands of those bandits. Even Katsina, the president’s own state which is also over 95% Muslim has not been spared. In fact, the village of the president has been attacked and villages have been burnt down completely.  And also in Kaduna, both Christians and Muslims have suffered alike. I am told that people can hardly go to the farm in Zaria, Kaduna because of the activities of bandits, and most of the people in Zaria are Muslims.

What about numbers? Some sources speak about 1000 people killed; do you have any numbers about the victims?

This is a matter of conjecture. Different figures are presented by different groups and NGOs, both local and foreign. However, it is generally believed that over 20,000 people have so far died in northern Nigeria as a result of terrorist activities. In the north-central region, over 1,000 have been killed in the last 5 years. However, there is serious politics in the reports because different groups keep on inflating their figures so as to attract both local and international sympathy. Sometimes, bandits also dress like soldiers when carrying out attacks. Because of all these factors, there are always accusations and counter-accusations either between the Fulani and the local groups, between Christians and Muslims or between farmers and herdsmen, so much so that the facts are beclouded.

And what about the refugees? The Bishops write: “the victims of these criminals remain trapped in camps as refugees, living and dying in poverty and disease.” Do you have numbers about the real dimension of the tragedy?

So far, there are about 2.5 million internally displaced persons in north-eastern Nigeria; 680,000 in Cameroon and over 294,000 refugees in Chad and Niger. So, the numbers are high and it’s not restricted to Nigeria alone because the Boko Haram conflict has affected other countries such as Chad, Mali, Niger and Cameroon. Life in those camps is very hard and the refugees are also vulnerable to hunger and abuse. However, some of them especially in the north-central region have gone back to their communities as the conflict in that region has really subsided except for banditry and kidnapping.

What can and should the rest of the world do to help Nigeria in this desperate situation?

I feel the best way the international community can help Nigeria is in the area of security. This is because the security agencies are overwhelmed by the security challenges facing Nigeria. The security forces need more and better equipment, communication equipment, transportation etc. The government also needs to increase the budget allocation of those agencies and also increase the recruitment of personal and also improve their welfare so as to boost their morale.

Featured Image: A peaceful procession against the Kajuru Killings. Photographer: Diocese of Kafanchan, Kaduna- Nigeria. Copyright: Aid to the Church in Need.