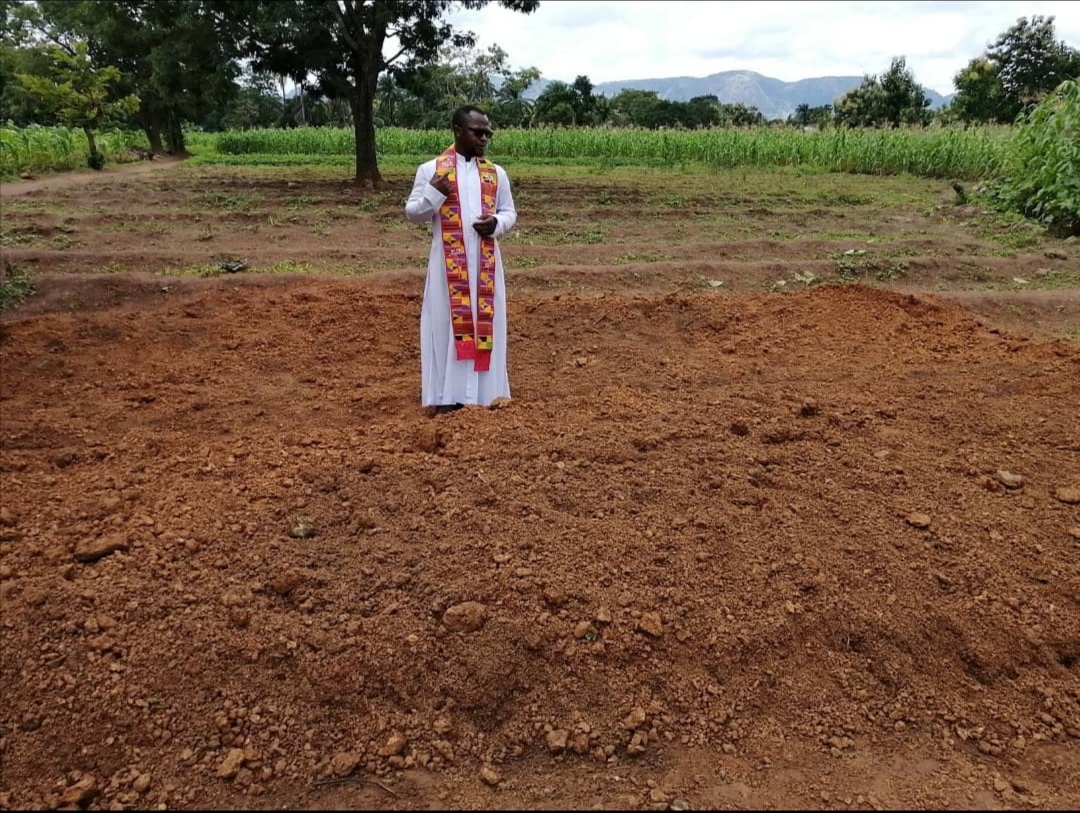 Nigeria: It is like we have been left to perish because of our faith

For the past seven months in southern Kaduna State, in north-central Nigeria, there have been incessant attacks on Christian communities, killing 178 people. In a statement by the Catholic bishops of Kaduna Province sent to the pontifical charity Aid to the Church in Need (ACN), the bishops said that “dark clouds of violence have enveloped our land. Our country is in the firm grip of the grim reaper. In the last few years, the purveyors of this violence have taken over the land and placed our security forces on the defensive.”

Nigerian’s main challenge in the last ten years was how to contain the terrorist group Boko Haram; two years ago, the military announced that it had degraded it. “But our joy was short lived as the story has progressively gotten far worse. Today, almost the entire northern states are in the grip of these purveyors of violence and death. In the last three years, we have witnessed the relentless attacks and ransacking of entire communities by bandits in states like Benue, Kebbi, Plateau, Kaduna, Katsina, Nasarawa, Niger, Sokoto, Zamfara. Thousands of lives have been lost to these bandits who have operated with relentless abandon,” the bishops charged, adding: “The ravages of Boko Haram, the herdsmen, kidnappers and the bandits have turned everyone into a victim.”

Father Sam Ebute is based in Kagoro, one of the affected communities, where he works as the Director of Promotion and Vocations for the Society of African Missions (SMA). He had to bury 21 of his parishioners who were killed in one of the most recent attacks: “It happened at about 11:20pm on July 21 in Kukum Daji village, about 10 minutes’ drive from Kagoro. The community had a gathering of youths when they suddenly heard gunshots and noises of men screaming. For them it was an all too familiar scenario playing out again as they had seen happen in Agwala, Doka, Kaura and Zangon Kataf,” Father Ebute told ACN. 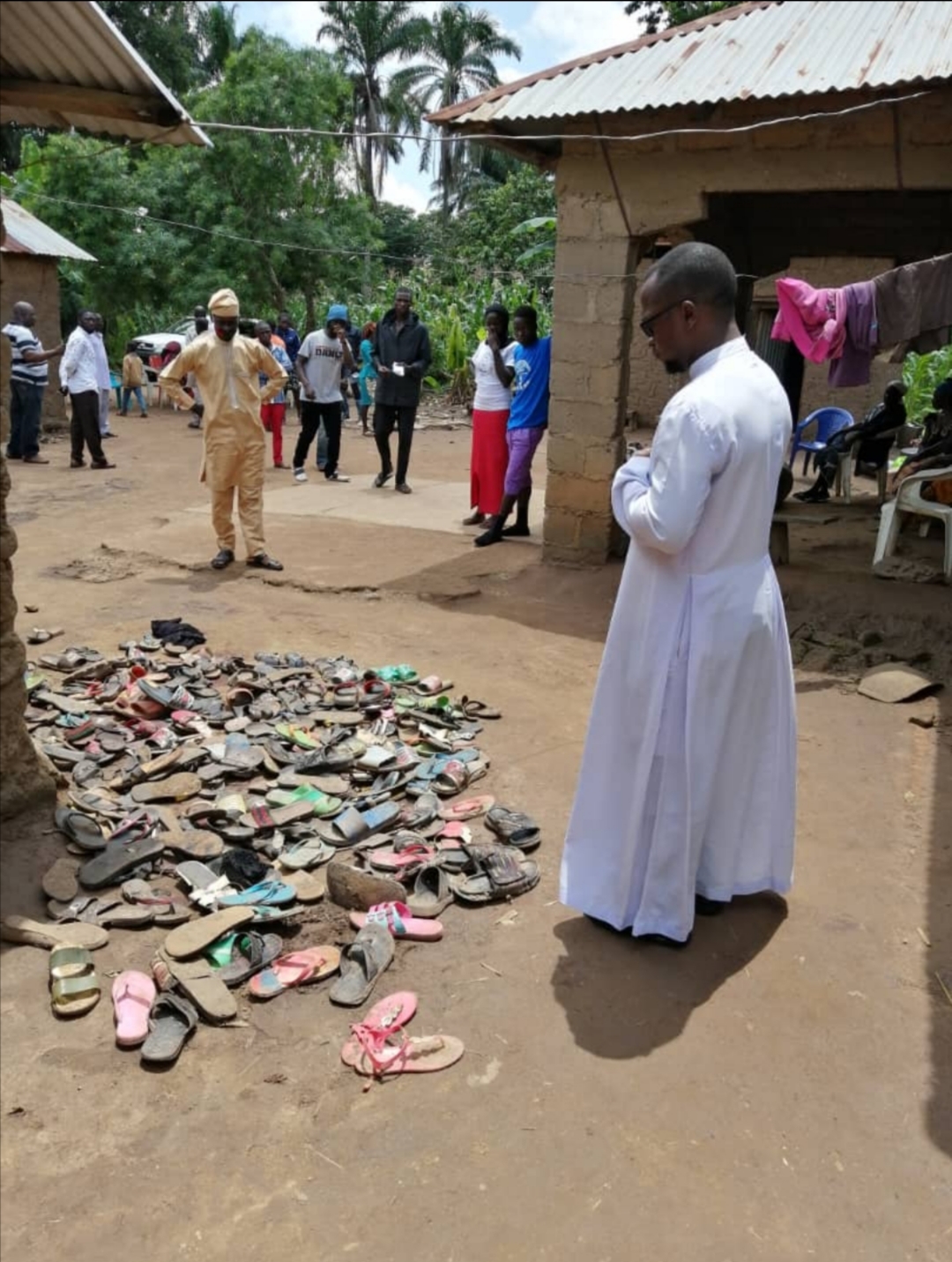 Featured Image: Footware of some of the deceased at the recent attack in Kudum Daji. Copyright: Aid to the Church in Need.

“In less than two hours, the bandits left 17 youths dead, mostly girls, while four died either on their way to the hospital or at the hospital, making it a total number of 21. There were about 30 others who were severely injured, and they had to receive treatment in hospitals in Kafanchan and Kaduna.”

It was not the first time he has seen such attacks and had to participate in burying faithful. “For four years, since I became a priest in 2016, I have been burying my parishioners. In 2017, I had to bury a woman who had been killed along with her four children at night, in Tachira. In 2018, in Tsonje, the parish had to also bury four people who were killed. In 2019, in Zunruk, seven youths were killed in broad day light while playing soccer.”

The latest attack was in Kukum Daji. All these communities are in the areas where the missionaries carry out their ministry. They all fall under the main parish of St Joseph's in Kagoro, in the Diocese of Kafanchan. “So, for the past seven weeks, we have been burying our parishioners with no end in sight. These last attacks have left us all in fear and especially the fear of the unknown because we do not know when the next round of attacks will happen and what will trigger it. We cannot worship in peace. We have no confidence in the safety of our homes,” said the missionary.

The situation affects daily life: “Our movements are limited, our faithful cannot freely go about their activities. It is farming season now, but they dare not go to their farms for fear of being attacked there. They have left their crops to perish. It is like we have been left to perish because of our faith.”

Asked about his task as priest and missionary father Ebute says: “when you shepherd people and such attacks occur, it is as hard for you as it is for them. But you must be available to them, to comfort them, pray for them and encourage them to keep their faith in God and to stand firm. We offer spiritual, moral, and material support the best that we can.”

“The people of Southern Kaduna feel abandoned by their governor in their grief,” said the bishops’ statement. Father Ebute agrees: “What makes all of this even more difficult is the fact that the government doesn't take decisive measures to curb the menace. This is the most devastating and frustrating thing to fathom. Another thing that is difficult to deal with is to preach forgiveness, reconciliation, peace and love to people whose means of livelihood has been snatched away from them, their prosperity ebbing away and destroyed as a result of these attacks.”

Despite the killings, the indescribable violence, all the pain and suffering, the missionary puts his confidence in God:  “In all of it, I am consoled by the fact that God is not dead and that He is watching. His time will come. He has told us in Psalm 46:10 to trust in Him. The blood of these martyrs will not be in vain.”

Main Featured Image: Fr Sam Ebute on ground where he burried parishioners. Copyright: Aid to the Church in Need.