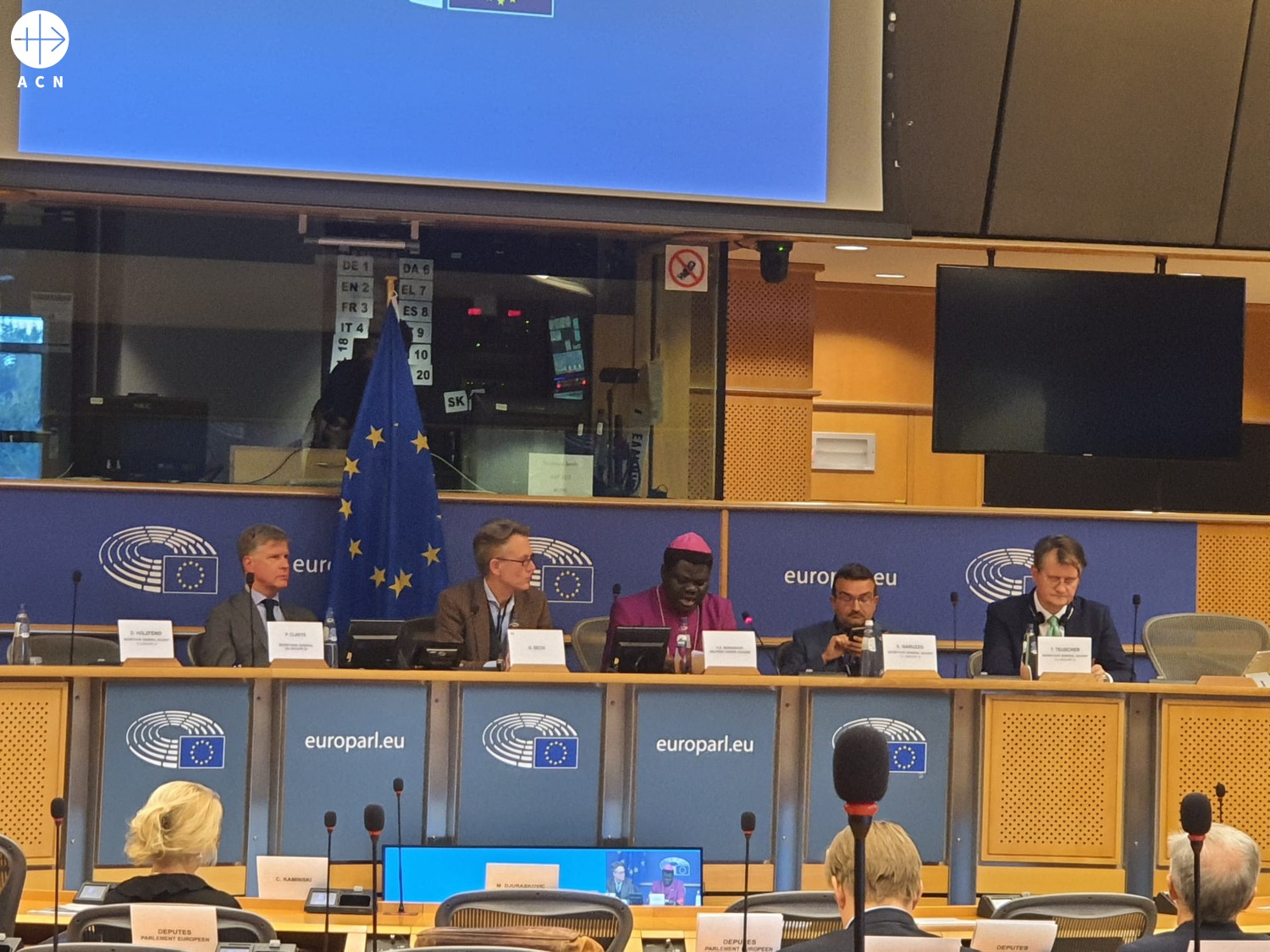 Bishop Wilfred Chikpa Anagbe, of the Diocese of Makurdi, spoke at an event in the European Parliament saying that Christians in Nigeria need help, “before it becomes too late”.

The bishop of Makurdi, in Nigeria, has denounced the lack of solidarity and practical aid for persecuted Christians in his country, saying that what had appeared to be a “conspiracy of silence” can now only be described as open support for jihadist groups.

Speaking at an event in the European Parliament, during a trip to Europe organised by the pontifical foundation Aid to the Church in Need (ACN), Bishop Wilfred Anagbe described the situation in Nigeria as “nothing short of a Jihad clothed in many names: terrorism, kidnappings, killer herdsmen, banditry, other militia groups etc., and even though the outside world knows the extent of the ongoing killings and displacement of Christian communities in Nigeria, there exists what I term a conspiracy of silence. However, what is happening now is beyond conspiracy, it is rather openly supporting, aiding and abetting the perpetrators of these acts as no one culprit is ever arrested.”

Life is especially difficult for Christians in the Muslim-majority north of the country, who are often subjected to Sharia law, but also in Nigeria’s Middle Belt, where Christians and Muslims are more mixed and clashes over religion, but also over land and resources are common. Makurdi Diocese is located in the Middle Belt, in Benue state, where “according to records from the State government, over 5000 of our people have been killed between 2011 and June 2022”, explains the bishop.

“Figures from the Benue State government again reveal that as of June 2022, Benue State has suffered over 200 attacks with property worth over 500 billion naira destroyed and close to two million people displaced and living in camps across the State. Many children have had their education cut short as their parents, unable to go to their farms, cannot cater for their school needs. There is a palpable food insecurity and there is the complete loss of human dignity as men, women and children often resort to unsafe coping mechanisms for survival.”

This year alone, he recalls, several priests have been kidnapped or murdered, a young girl was stoned to death and then set on fire for alleged blasphemy, and a church was attacked on Pentecost Sunday, leaving dozens dead. Besides the immediate tragedy which is the loss of lives, there are the permanent scars borne by those who are left behind. “It is impossible to maintain one’s equilibrium after witnessing the massacre of innocent and defenseless people in the face of harsh economic conditions, notwithstanding our role as God’s ministers. The pain is much and the wounds not likely to heal any time soon.”

In his speech to Euro MPs, and others, Bishop Wilfred rejected the idea that religion has nothing to do with the conflict, saying he believes “the attacks – particularly in Benue State – increasingly look like a jihad against Christians”, adding that “Benue is targeted because the majority of its people have steadfastly declared their will not to surrender their Judeo-Christian faith, identity and cultural values to Islam”.

Faced with this crisis, the Catholic leader asks for outspoken support from the West. “I call on all who listen to me today to come to the aid of the Christian community in Benue and indeed in Nigeria as a whole before it becomes too late.”

Besides funding several projects for the development of the Church in Nigeria, ACN has been actively providing information on the persecution of Christians in the country, hosting conferences on the subject and giving local Church leaders a platform to express their concerns and pleas for support.

Featured Image: Speech by Bishop Anagbe to the European Parliament. Copyright: Aid to the Church in Need.