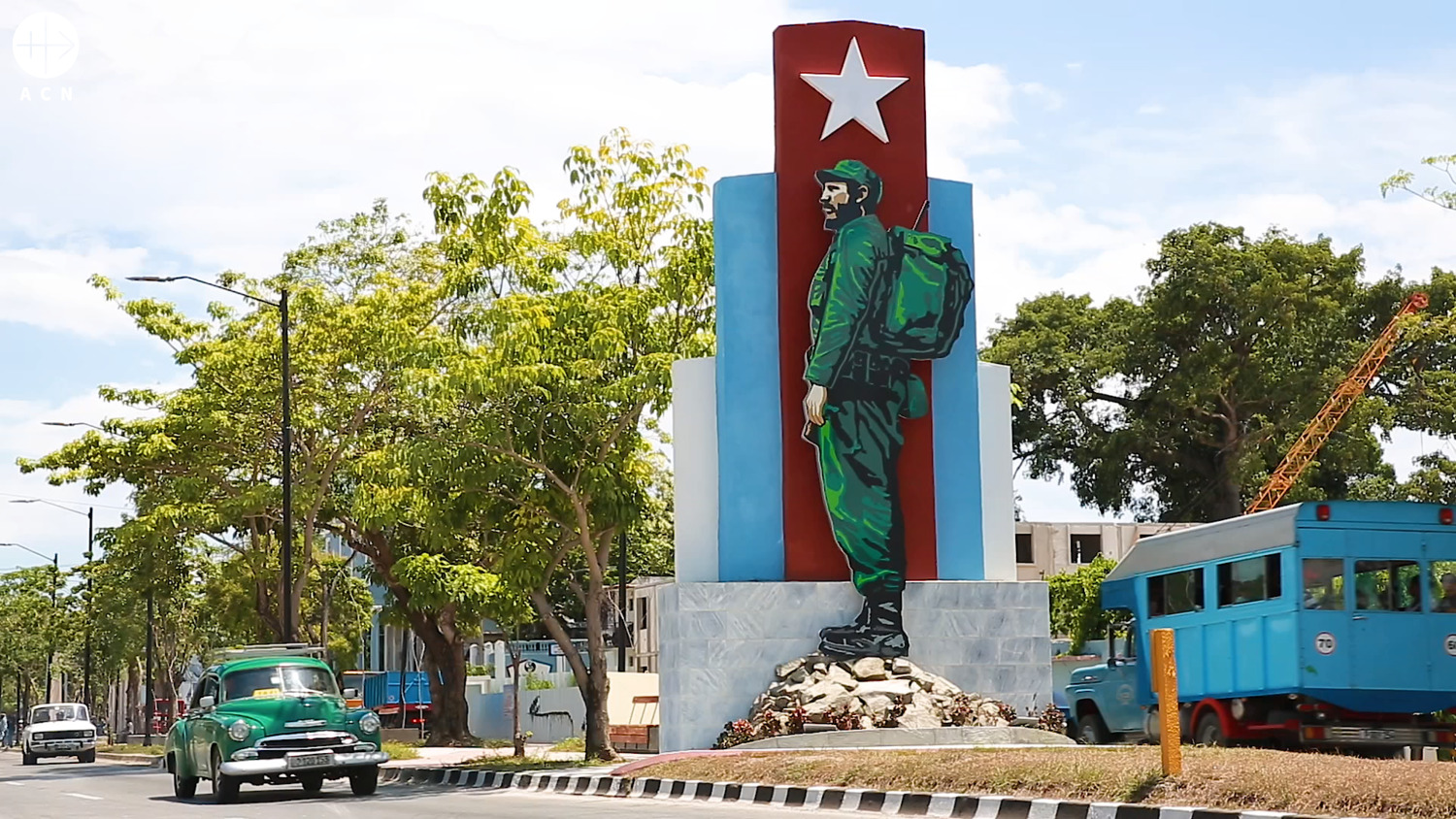 One year after the 11 July protests in Cuba: “The worst poverty is lack of freedom”

It has been one year since the historic peaceful protests in Cuba, which took place on 11 July, mobilising millions of people all across the Caribbean nation.

Over the past few months, a new social and economic crisis has, once again, been provoking mass emigration. Fr Bladimir Navarro, a Cuban priest who lives in Spain, spoke to Aid to the Church in Need (ACN).

What is the situation in Cuba like at the moment?

The people of Cuba are suffering from hunger and many other needs. It is very sad to see the elderly selling their belongings on the street just to make enough money to be able to buy something to eat or to see the huge queues at shops. The people of Cuba suffer from the worst form of poverty, which is a lack of freedom. Besides economic misery, we are experiencing the misery of fear, emigration, and lack of values. Another urgent matter is the lack of medication, people can’t even get paracetamol or ibuprofen, let alone antibiotics.

Has the situation worsened since the peaceful protests on 11 July, last year?

Very much! The Cuban communist dictatorship is afraid of losing power. New laws have been approved aimed at perpetuating the Marxist ideology. Inflation has increased tremendously. Cubans were thrilled when they announced that salaries would be increased, but now the prices of even the most basic products are sky-high, people cannot afford milk, and there is no medicine. All over the country houses are falling to pieces, but new hotels are being built in Havana. If you raise your voice to tell the truth they will turn on you, and defame you. Prison sentences have increased.

What is the main need that Cubans have?

They need to be free, and to have their dignity respected. The human and anthropologic damage that the people of Cuba are enduring now is enormous. Why should you be considered filth, vermin, an enemy, just for thinking differently from the Cuban communist regime? At the heart of all of this is the human damage that has been caused by 60 years of Marxist ideology in Cuba. Marxism strikes at the family; it destroys freedom and human dignity. This is the worst misery that the Cuban people are experiencing at the moment.

What has happened to the people who called for freedom last year?

It is sad to see so many youths in prison. Prison sentences are already very high, more than 10 years for some youths, including some minors, who are only 17. All they said was “we want freedom, we want life, we want to live, and not only to survive”. Now, if you so much as post a photograph, or anything against communism, on social media, they’ll come for you. Anybody who speaks about their daily life, from the breadlines to what happens in their children’s school, is being threatened. That is why so many people have decided to leave, and emigration has increased so much. People are tired of the fact that they can go to prison if they raise their voices. There are currently more than 900 people in prison, only for protesting peacefully on 11 July. They didn’t attack anybody, they only marched peacefully.

What is the Church in Cuba doing, and how far can it go to alleviate this suffering?

The key word here is to accompany, to accompany the people in their suffering. As Moses did with the people of Israel, when he freed them from slavery. There are many people, religious, priests, bishops, and laypeople who are committed to accompanying those who are suffering, lifting their spirits and giving them hope at such a sad time. Some of this help is material, such as the work carried out by the Caritas Cuba mission, or organisations such as Aid to the Church in Need (ACN), which are helping so much. The Church is also accompanying, listening, standing beside those who suffer, and giving them spiritual and material support.

Can we say that Christ is the true hope that the Cuban people need at this time?

It is true that Christ is our only hope, He is “the hope that does not fail”. However, things are really bad, and that hope has been decreasing, especially amongst the young, who feel overwhelmed and only want to leave the country. But Jesus has words of hope, the Church and its social doctrine can raise the fallen hope of the Cuban people. The church is a refuge of hope, to connect with the Lord and heal the wounds of the Marxist ideology.

What can we do from abroad to help support the Church in this mission of hope?

Be a voice for those who have no voice, to show what is going on in Cuba. Because after 11 July Cuba left the news cycle. The situation got a lot worse, not only because of the war in Ukraine but also because of years of mismanagement. Prayer is also essential. Obviously, material help is crucial, through organisations and foundations like ACN. God willing, ACN will continue with its support, so that Cubans do not feel that they are alone.

Featured Image: Monument in Cienfuegos. Copyright: Aid to the Church in Need.