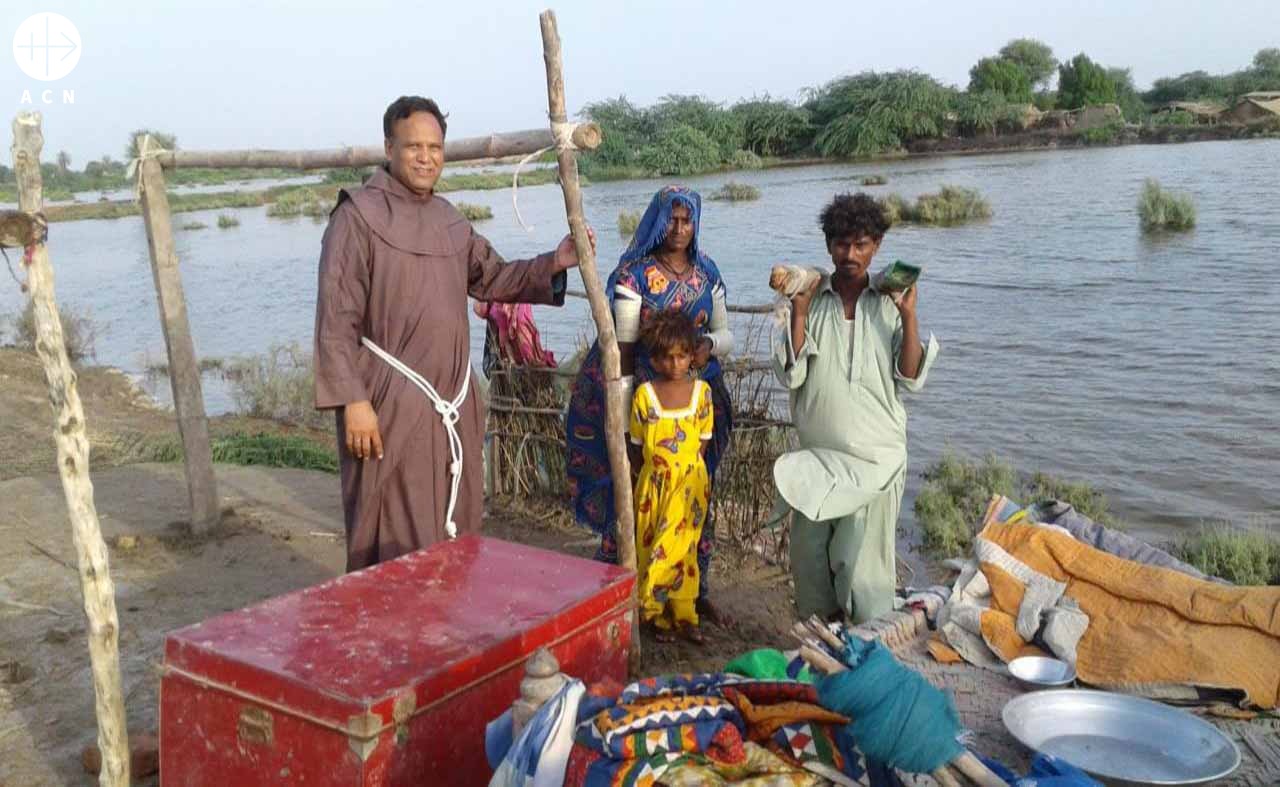 Pakistan flood victims are to receive help from ACN in response to dire calls for emergency support.

Aid to the Church in Need (ACN) will channel help through leading Church project partners grappling with desperate appeals for help from people whose lives have been devastated by the rising flood waters.

Writing from Sindh, one of the provinces worst-affected, Bishop Samson Shukardin of Hyderabad, wrote to ACN: “90 per cent of the territory of my diocese is flooded due to heavy rain.

“Many churches, parish houses and schools have been damaged by the rain flood.”

“The people are left homeless and hungry besides the families grieving for the loss of their loved ones.”

Appealing for emergency help, he stated: “I am receiving a lot of phone calls for help from my priests and people in various parishes of the diocese.”

Details of ACN’s aid package are due to be released on Wednesday 7 September.

At least one million homes across Pakistan have been washed away or severely damaged by the floods which are estimated to have ravaged up to two million acres of crops, with hundreds of thousands of livestock lost.

Describing the “shock” caused by the floods, Bishop Shukardin said all four of Pakistan’s provinces have been affected by the floods, including Punjab as well as Baluchistan and Khyber Pakhton Khaw (KPK) in the north-west of the country.

ACN’s help for flood victims comes on top of the charity’s ongoing pastoral commitments across Pakistan, including Mass stipends for priests serving the poor and persecuted Christians, legal and paralegal support for victims of violence and oppression, churches, convents and other structures as well as Catholic media outreach, catechesis and other Christian education.

To make an offering to help support the Church in Pakistan visit www.aidtochurch.org/pakistan