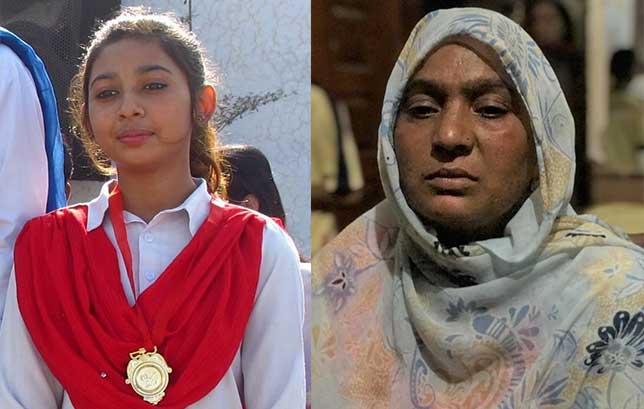 Pakistan - Maira: Calamity in the courtroom

The campaign to free a 14-year-old Christian girl from the clutches of a man who abducted her and held her hostage in his home in Pakistan lies in tatters after Lahore High Court unexpectedly decided in his favour.

Mr Nakash claimed he had married Maira but, in spite of evidence invalidating the marriage certificate and showing that she is underage, Lahore High Court ruled in his favour, stating that the teenager has embraced Islam.

Witnesses said Maira was in tears in the court yesterday and afterwards her clearly distressed mother, Nighat, declined to speak to Aid to the Church in Need (ACN), the Catholic charity which has been closely following the case.

Family friend and advocate Lala Robin Daniel said: “With this ruling, no Christian girl in Pakistan is safe.” Lawyer Khalil Tahir Sandhu, who represented Maira in court, told ACN: “It is unbelievable. What we have seen yesterday is an Islamic judgement. “The arguments we put forward were very strong and cogent.”

In the courtroom, Mr Tahir Sandhu detailed 11 arguments in support of his client, chief of which involves an official birth certificate showing Maira was only 13 last October, the month of her alleged marriage to Mr Nakash. Mr Tahir Sandhu also argued that the marriage certificate was faked, citing evidence denouncing the document given by the Muslim cleric whose name appears on the document.

The lawyer also quoted from state law in Pakistan to show that, as Maira is underage, she can only change her religion with her mother’s permission.

Mr Tahir Sadhu said: “I became so upset as the proceedings went on, I feared I might be asked to leave the court room.” The lawyer said he would appeal the decision, first at Lahore High Court and, if this fails, in the Supreme Court of Pakistan.