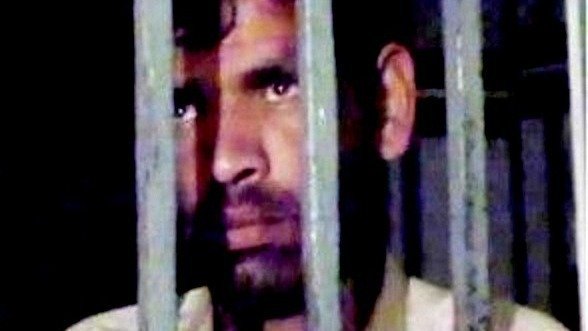 More than seven years after former health worker Sawan Masih, 38, was arrested, Lahore High Court acquitted him of a charge of blasphemy, a crime which in Pakistan is punishable by death.

Mr Masih, a Christian from Lahore, was at the centre of a storm in which – enraged by his alleged crime of insulting the Muslim Prophet Mohammad – a mob of more than 3,000 descended on the city’s Joseph Colony on 8th March 2013, torching 150 houses, 75 businesses and two churches.

Responding to Mr Masih’s acquittal, Cecil Shane Chaudhry, Executive Director of the National Commission for Justice and Peace (NCJP), told Catholic charity Aid to the Church in Need (ACN): “While we appreciate the [court’s] judgement… that Sawan did not commit blasphemy, no-one has been held accountable for him missing seven precious years of his life away from his family.”
Mr Masih and his wife, Sobia, have three children – Noor, now 16, Sami 14 and Rebecca, 12 – but he has been behind bars for most of their childhood.

In a further criticism of Pakistan’s justice system, Mr Chaudhry said that to date nobody has been brought to justice for the Joseph Colony riots. He said: “The rioters of Joseph Colony were acquitted so in the end no-one has been held accountable for the riots, nor for putting Sawan through these seven years of misery.” For years, rumours have circulated that the blasphemy allegation and its violent aftermath were rigged by businessmen in a bid to drive the Christians out of Joseph Colony and clear the land for industrial use.

Mr Masih was alleged to have breached Article 295C of the Pakistan Penal Code – which punishes blasphemy against the Prophet of Islam.
Mr Masih, who has pleaded innocent throughout the case, was found guilty by Lahore High Court on 27th March 2014 and sentenced to death.
Christian woman Asia Bibi was in October 2018 sensationally acquitted of the same charge in the face of massive opposition from hardliners, before starting a new life with her family in Canada.

As well as supporting NCJP’s work providing legal and paralegal aid for Christians accused of blasphemy and other crimes, ACN has helped Christian families forced out of Joseph Colony resettle in a new site elsewhere in Lahore.