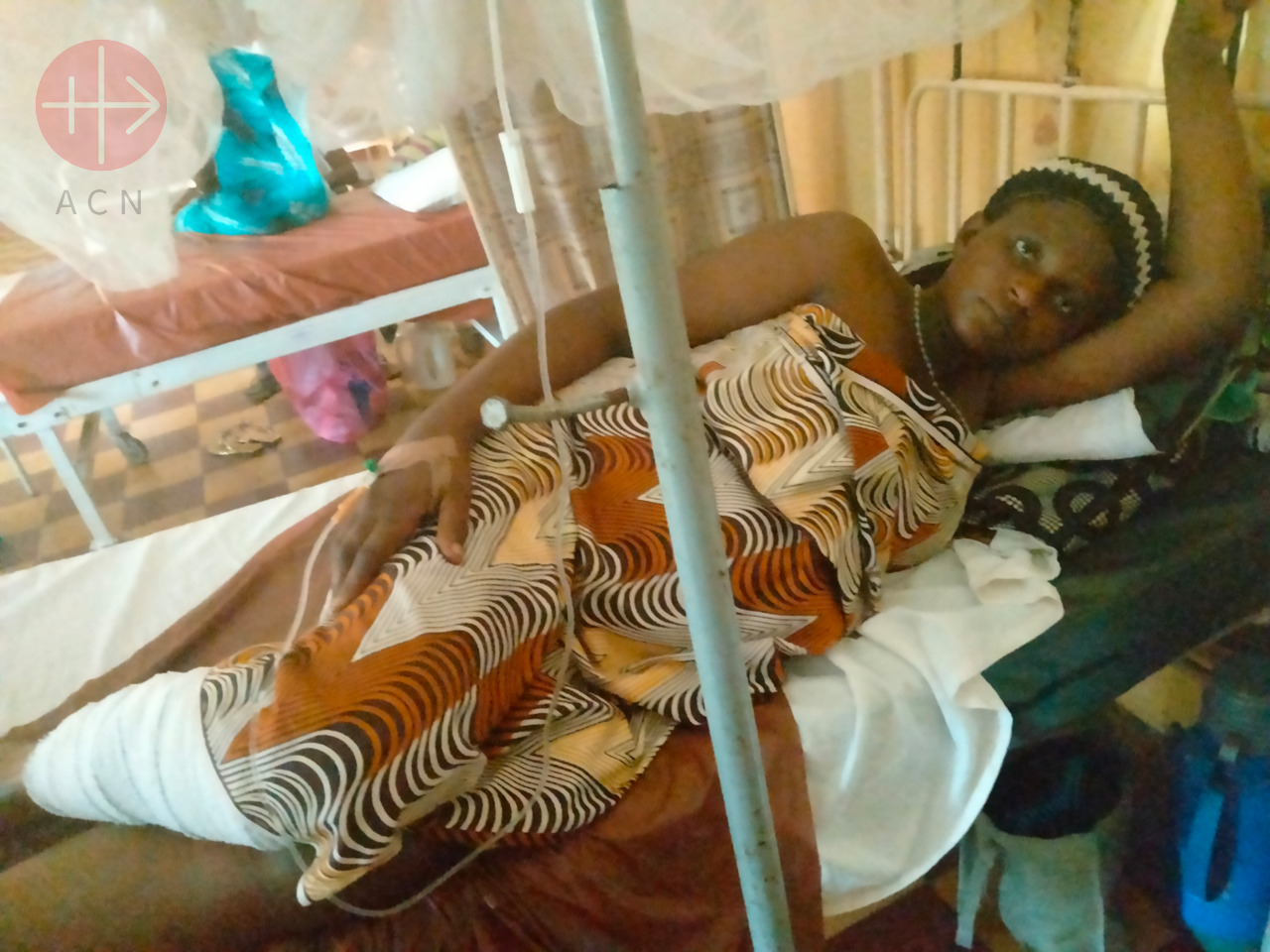 The stories behind the numbers.

After the deadly attack on St Francis Xavier Church in Owo, Ondo State, Nigeria, on Pentecost Sunday, Aid to the Church in Need met survivors in Owo’s St. Louis hospital and in the Federal Medical Center. In other cases of terrorist attacks, the media shared stories and information for several days. In the case of this massacre in southwest Nigeria, only a number – 39 people killed – seems to have remained. But behind the number are stories, and ACN thinks we cannot just turn the page. The charity wants to share some of the testimonies of survivors about the fatal day of the massacre, as well as their fears and hopes in the aftermath.

“It was indeed a terrible experience that I do not wish even my enemies to go through. The priest was about to finish the Mass, and I was seated in the middle row of the church. At first, I thought it was a police siren that was passing when I heard the first shouting that was coming closer. Parishioners started running towards the altar to enter the sacristy, but I couldn’t run that far, as I am 7 months pregnant. I decided to go to the Divine Mercy Chapel, but there were a lot of people running in that direction. I didn’t know what to do, so I decided to lay on top of parishioners who were already down. As I was lying there, one of the gunmen threw a tiny light close to me. It immediately registered in my head that it could be dynamite, so I started dragging myself away for safety, but before I could go far, the dynamite exploded and burned my back and my left leg. I couldn’t cry or feel any pain at that point, though, but blood was gushing from my wounds. I opened my mouth and said, “Father, I came to worship at your temple, and this happened. If I perish, I perish, but please God remember me and my little daughter in your Kingdom”.  I am glad that I am alive, and my unborn baby is alive and healthy, but I was also told that my three-year-old daughter, who I thought was dead, is also alive, though she was terribly injured in the attack, and is at the Federal Medical Center. Please keep us in your prayers for a quick recovery, so that I can reunite with my daughter and family”.

“I was in church when the ugly incident happened but, before I go further, I want to thank God that it is not more than this, as some of us were saved, though others were badly injured. May the souls of those who died rest in peace, and may God comfort us as a church, and all their families. The gunmen’s intention was to come inside the church and make sure that no one was saved. They wanted to come quietly and carry out their evil intention, but I thank God for intervening in our favor. We had already received the final blessings and were waiting for the priest and the altar servers’ procession when we heard the first shot. I went outside the church, thinking it was a case of a fight involving armed robbers, or between thieves and soldiers, but as I saw them running towards the church, I realized it was something else. I quickly ran to the church back, and I told the parishioners to go back inside and lay down flat on the ground. Initially, I wanted to leave through another door, but I saw many people had been killed there already. I was scared and confused, and tired of running. I decided to also lay down flat on the ground and as I was about to get up, they threw their first stick of dynamite, and everything was shaking. The second stick of dynamite was thrown close to where I was lying down. Many people died beside me, but God gave me a second chance. This incident really upset me, I am angry within my spirit, but then, who am I to question God? This attack makes me strong in my faith, it draws me closer to God. I am alive, and none of my family members were killed. Thank God for that”.

“I was in church when the incident happened. I was lying down on the ground until one of the gunmen had me stand up along with nine other parishioners, including my beautiful daughter. They shot all of us, one after the other. I was the last to be shot, and I was hit in the cheek. I was the only person out of the ten who survived. It was indeed something I can never forget. It was painful that I lost my beautiful daughter during the attack—but my faith is not shaken by that. This attack really strengthened my faith in God. I am glad that I am still alive, and I call on the international community to keep us in your prayers for a quick recovery, and to support us with material and financial aid.” 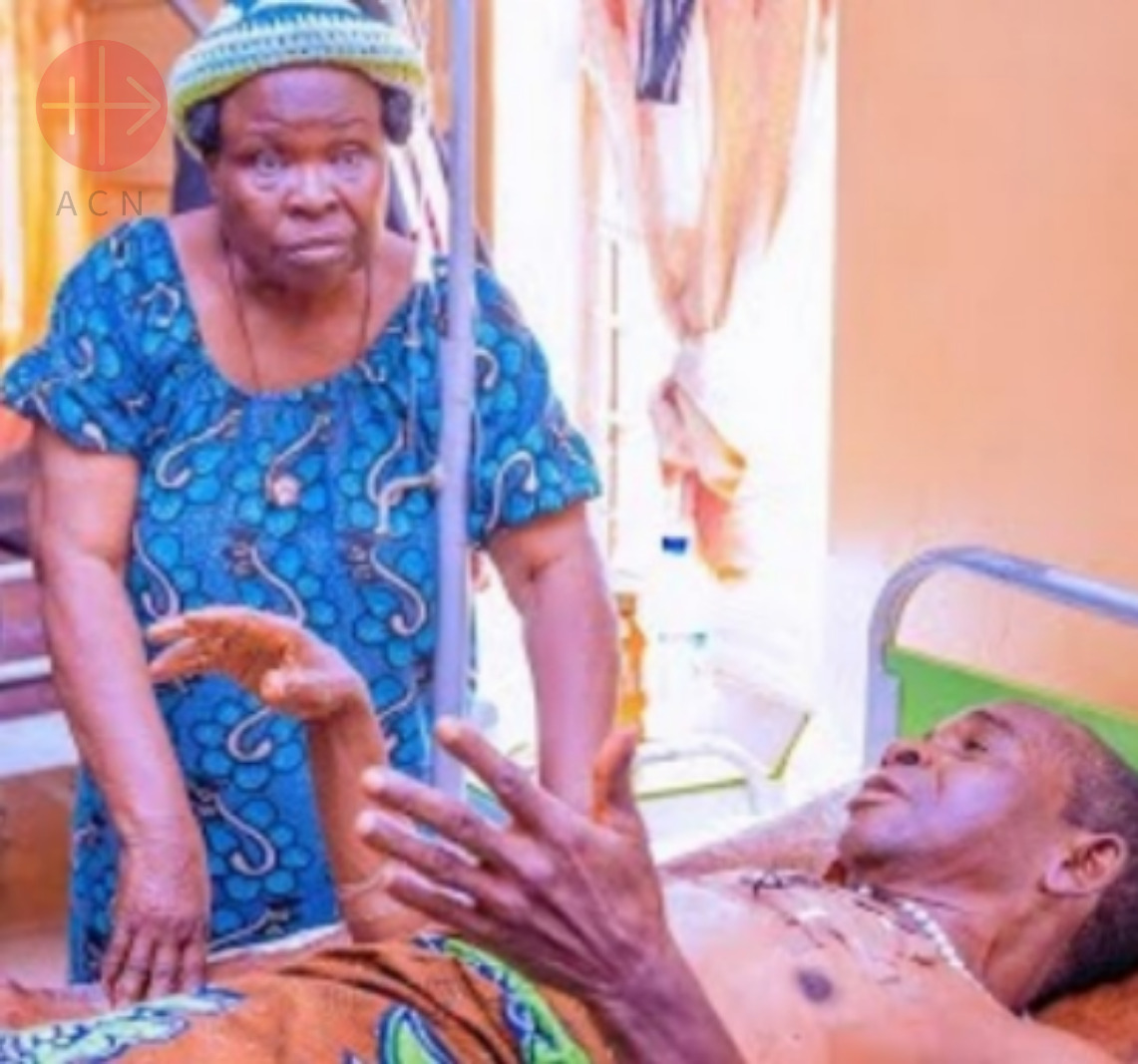 “I was inside the church when the incident happened. When I heard the first shot, I thought it was a toy gun. I turned around and saw people running. I didn’t know where to run, so I laid down on people who were already dead, pretending to be dead also. I was still on the ground when they threw the first stick of dynamite very close to my legs. That was how the flesh of my legs was torn to pieces, and my bones were visible. In that state of turmoil and agony, I saw one of the gunmen coming towards me. I dragged myself out of the church and jumped through the fence. That was how I was saved. I saw some of the gunmen; one of them wore a yellow shirt, blue jeans, and a black face mask, while another wore a red top, black jeans, and red face mask. They were the ones throwing the sticks of dynamite. I just want to thank God for sparing my life and that of my family. I am calling on the international community to remember us please, always in your prayers and, also, we are in desperate need of financial assistance. I am sad and angry that innocent souls were killed. To be honest, going back to church will be very scary for me. This attack was a shock also for my faith, but I pray for more grace and strength to continue to be steadfast.” 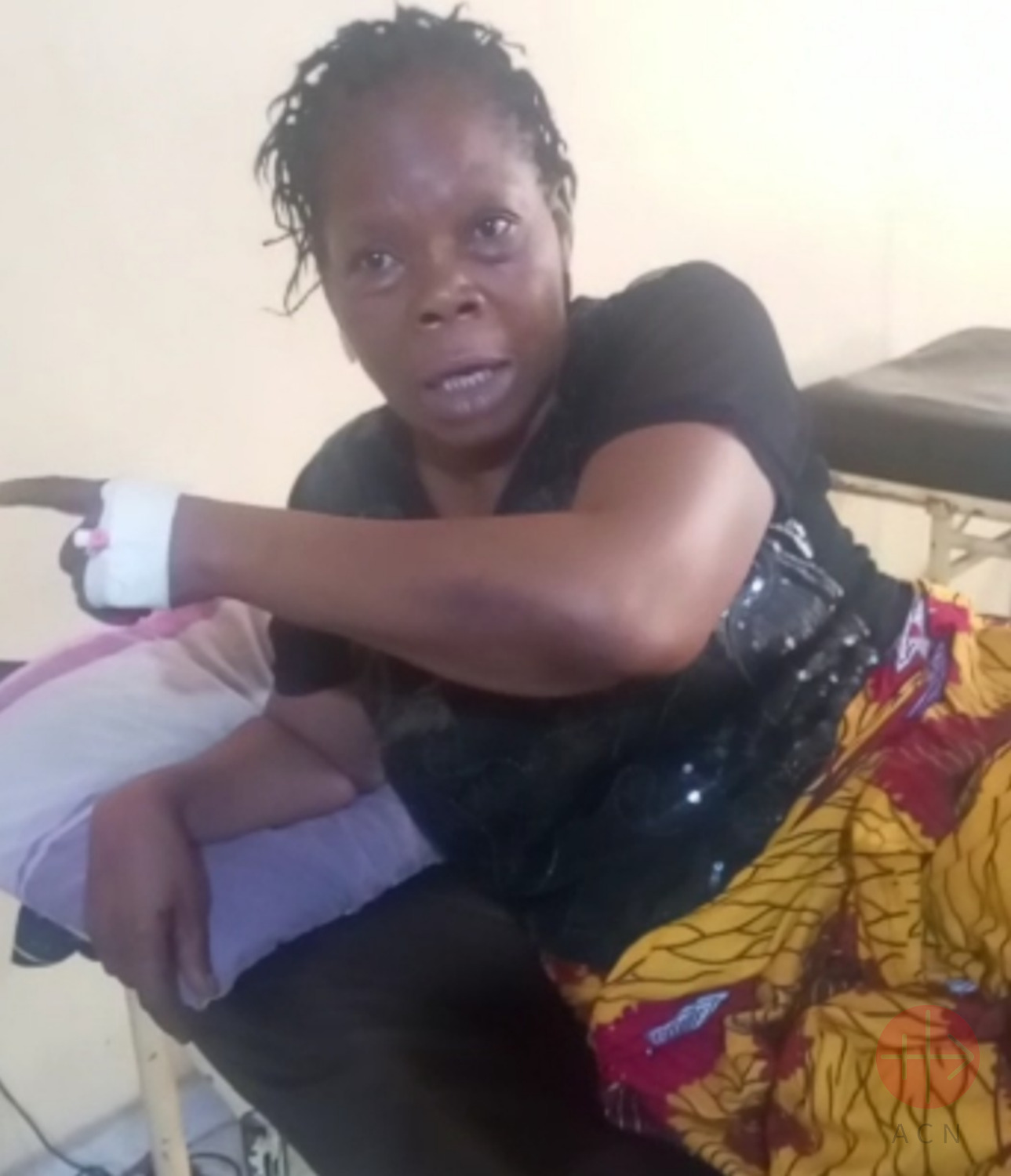 “I am just a little girl with a dream of becoming a nun. All I ask is to be alive and fulfill my dreams. Am I asking too much? But I am not sure if I will be able to continue going to church for now, because it was when I went to church to worship God that I was shot. I don’t want to die. I narrowly escaped death. I want to live long, to fulfill my dreams and to make my parents proud. I thank God for sparing my life. Always keep us in your prayers”. 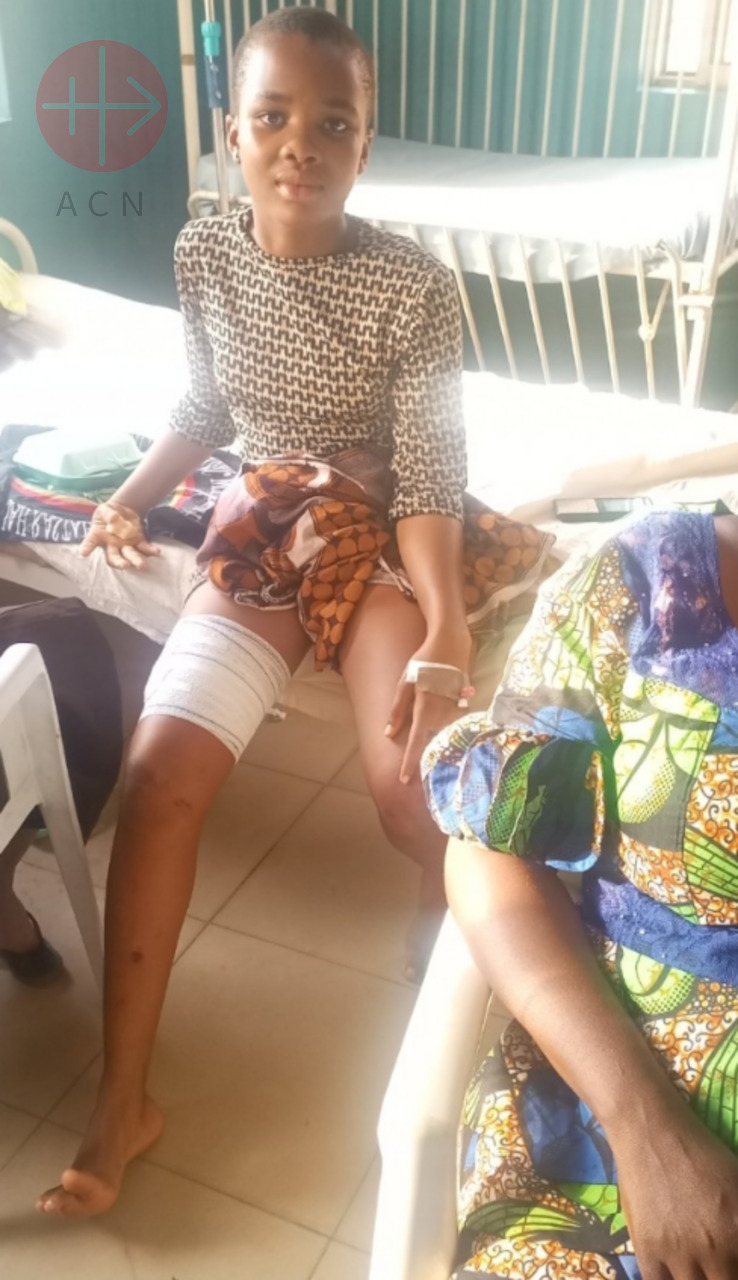 “I was in church with my parents when the attack happened. I was confused, afraid and cried throughout the attack. I thought my mummy and daddy were dead but when I was in the hospital, I saw them alive and that made me so happy. I don’t want to go to church again, because if I do, I might be killed.” 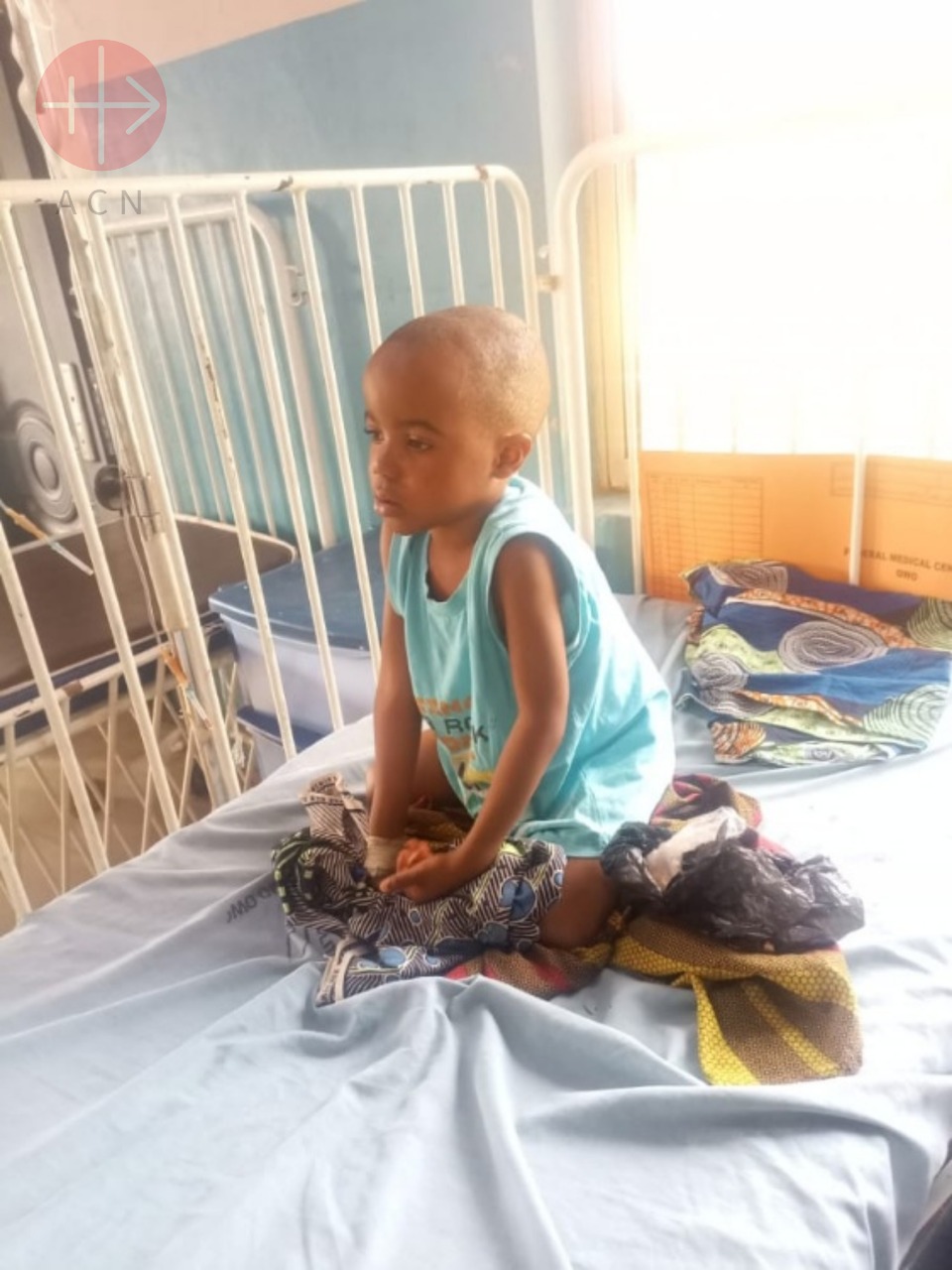 All featured Images: Copyright: Aid to the Church in Need.