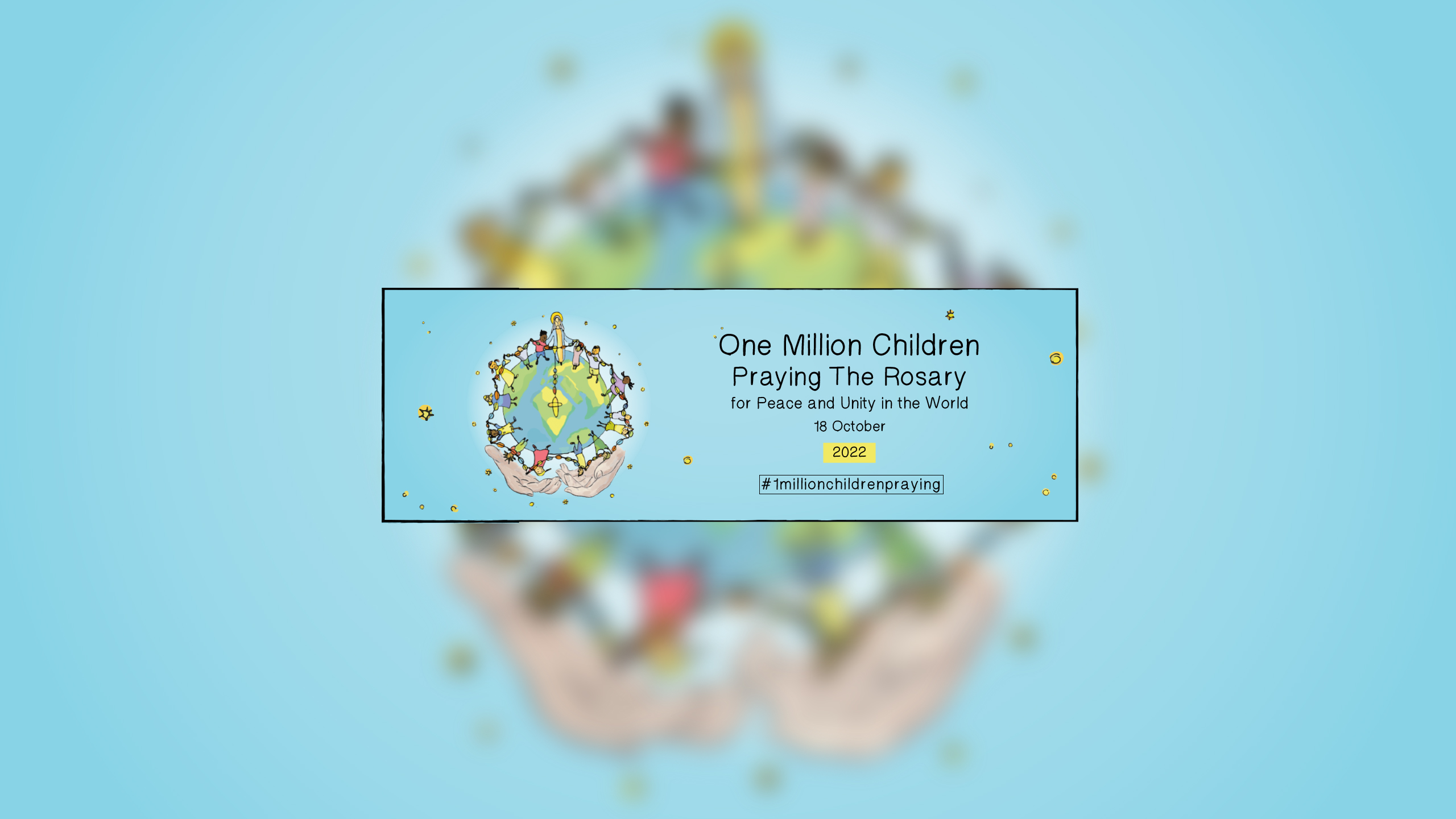 “One million children praying the Rosary” will take place on 18 October. Pope Francis asks that participants especially remember Ukraine, and all other countries that suffer from war and misery.

Pope Francis, after the traditional Angelus prayer on Sunday, called on children all over the world to join the international prayer campaign “One million children praying the Rosary”, promoted by pontifical charity Aid to the Church in Need.

Pope Francis said: “On 18 October the foundation Aid to the Church in Need is promoting the event ‘One million children praying the Rosary’, for peace in the world. To all the boys and girls who will be participating, thank you!”

The Pope also asked that through the intercession of Mary, participants in the initiative pray for the “martyred people of Ukraine, and all those who suffer from war, and all forms of violence and misery”.

The origins of the prayer initiative “A million children praying the Rosary” date back to the year 2005 when a group of children were praying the Rosary at a local shrine in the Venezuelan capital Caracas, and the adults who witnessed the scene were reminded of the words of Padre Pio: “When a million children pray the Rosary, the world will change.” Since then, the campaign has spread rapidly and become a worldwide phenomenon.

This year, Aid to the Church in Need is once again inviting parishes, kindergartens, schools and families to join in the annual prayer initiative “One million children praying the Rosary”. The purpose of this prayer campaign is to ask for peace and unity throughout the world, while encouraging children and young people to trust in God during difficult times, according to the international president of ACN, Cardinal Mauro Piacenza.

“Looking around at all the wars and wickedness, the persecution, disease and fears that weigh upon our world, people might well ask, ‘Is God really in control?’”, writes Cardinal Piacenza, in his text inviting people to participate in the initiative.

“Yes, He is”, Cardinal Piacenza responds, “but we must also reach out for His outstretched hands and cling to Him. God has reached out to us, through Mary (…). We believe that if we faithfully recite the Rosary together, then the holy Mother of God will lead us all as one great family into the loving arms of our heavenly Father”.

The ACN webpage offers free materials for those praying in parishes, schools, children’s groups and families. The free information pack contains instructions on how to pray the Rosary, short meditations for children on the Mysteries of the Rosary and an Act of Consecration to Our Lady for children. The online information packs are available, together with colouring pictures, in 26 different languages.

They can be downloaded at: https://acninternational.org/millionchildrenpraying/material/