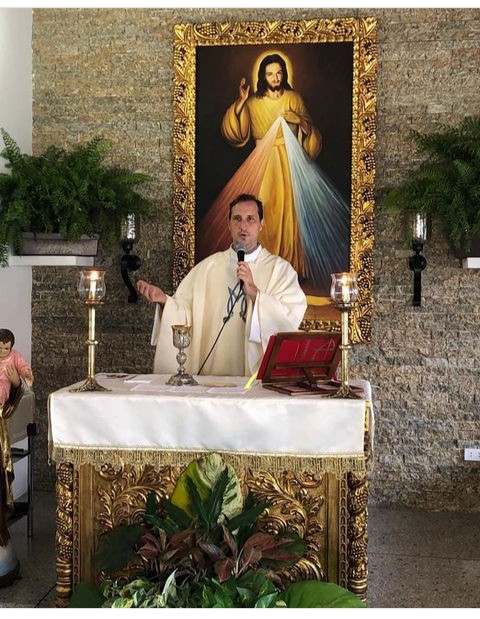 United in prayer for the eternal rest of the 39-year-old priest, ACN expresses its deepest condolences to the Bishop of the diocese, Mons. Polito Rodriguez, Father Jose Manuel’s parents, siblings and all parishioners for this great loss. During the last two trips to Venezuela, ACN visited Father Jose Manuel, whom it supported in replacing the roof of the sanctuary. The young priest impressed us and left an indelible mark as a priest who served his people, devoted missionary and with a great love for the Eucharist.

According to the information from the diocese of San Carlos, the murder took place after the celebration of the Eucharist on the evening of 21 October with a very small group of people. When they were saying goodbye, the assailant held one of the worshipers and the priest stepped in to help that person. It was then that he was shot in the chest with a bullet that pierced his heart.

At the end of his life, we see in him as an example of love for the Eucharist and devotion to others. However, it greatly saddens us that this 39-year-old priest has become the victim of the violence that has plagued the country for years, at a time when Venezuela needs its priests more than ever. May he rest in eternal peace.