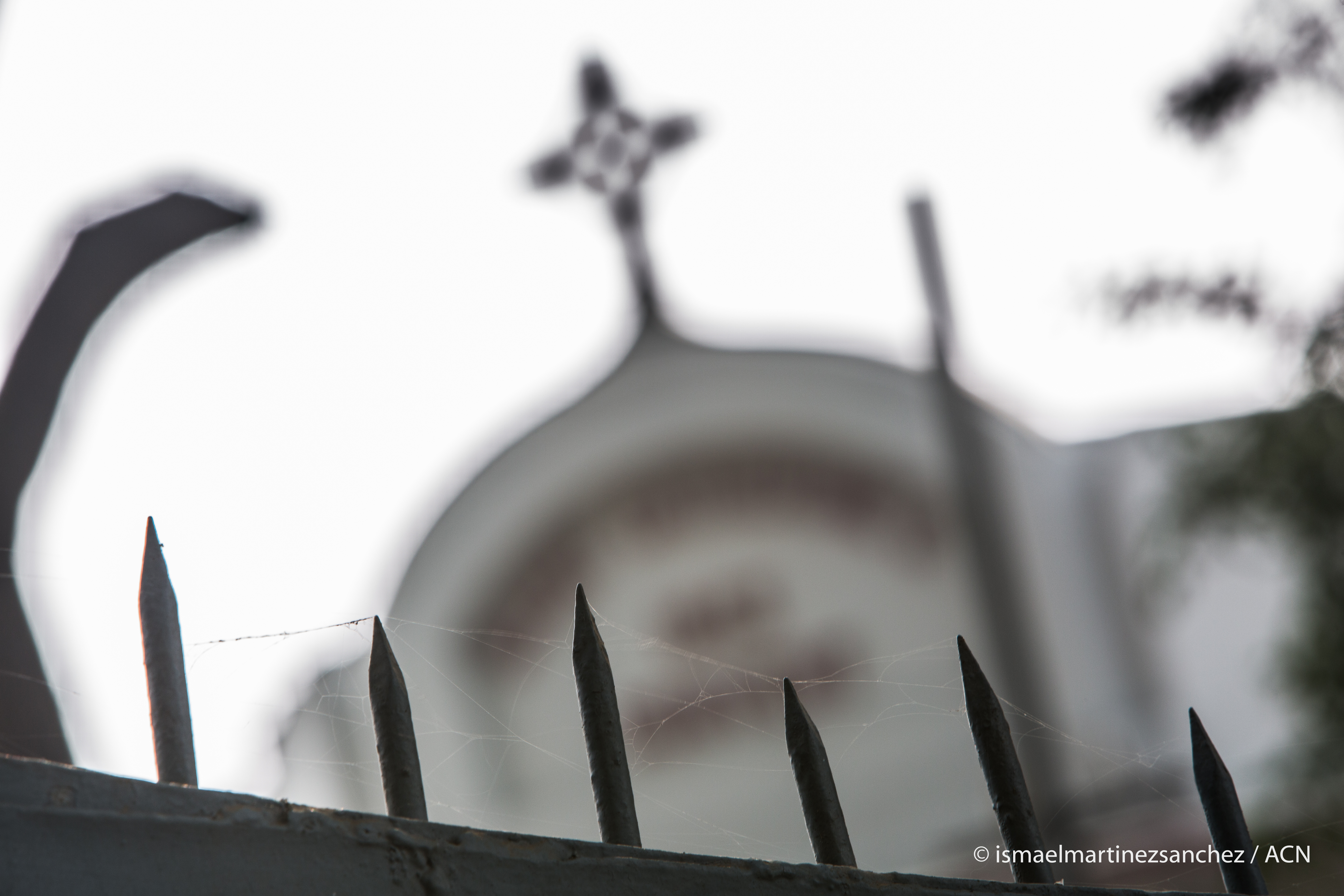 A NEW REPORT RELEASED IN LATE OCTOBER, compiled by various Christian NGOs and titled “Christians Under Attack in India,” records 300 anti-Christian incidents so far in 2021. In one case, two Catholic nuns were forcibly marched to a police station by a mob accusing them of illegal conversions. Aid to the Church in Need spoke to the sisters.

Two Catholic nuns are still reeling from being grabbed by a Hindu mob at a bus stop and marched to a police Station in Mau district headquarters of northern India's Uttar Pradesh state.

Sister Monteiro, a member of the Ursuline Franciscan congregation, had reached a bus stand with her companion Sister Roshi Minj, who was going to visit her ailing father in the eastern Indian state of Jharkhand, when the incident occurred.

“As I dropped off Sister Minj and got back into our jeep, a group of Hindu men started to abuse the driver and tried to pull him out of his seat,” Sister Monteiro told Aid to the Church in Need (ACN), adding “I am still in shock.” “I stepped in to help the driver and asked the men what they wanted and why they were harassing us. They then shouted at us accusing us of converting a Hindu to Christianity,” she said.

“Soon they spotted Sister Minj, who was also forcibly taken from the bus stop and they marched us to the nearby police station.” As they were taken to the police station, the mob was chanting anti-Christian slogans.

The nuns were then forced to remain at the police station for more than six hours, having only been released in the evening, following intervention from higher officials.

According to the nuns they were not harassed by the police officers but were apparently made to wait because of the threat from the Hindu mob that kept vigil outside, demanding action against them for alleged illegal religious conversion.

Uttar Pradesh is the latest of eight states in India where such laws exist to regulate religious conversion. Church leaders are questioning their legality, charging that the laws violate the Indian Constitution, which allows citizens to follow the religion of their choice and freedom to propagate it.

“We have not done anything wrong or illegal, yet in full public view we were forcefully taken to police station. It is quite shocking, and we never imagined such a situation in our lives,” said Sister Monteiro, who has been a nun for 21 years and currently serves as principal of a Church-run secondary school.

“No one would expect such treatment in public from men who surrounded us as if we were anti-social elements,” Sister Minj told ACN.

“When they forced me to accompany them, I thought something must have happened to Sister Monteiro but, as I reached her, I found they were shouting against Christians and accusing us of religious conversion.”

“One thing is certain, the life of Christian missionaries, especially nuns with their religious habits, will not be the same in Uttar Pradesh,” said Sister Minj, who is a trained nurse.

Uttar Pradesh is currently ruled by Hindu ascetic Yogi Adityanath, a member of the Hindu nationalist Bharatiya Janata Party (BJP). Ever since Adityanath took over, in March 2017, Uttar Pradesh has recorded 384 incidents of attacks on minority Christians. Muslims face similar attacks from influential radical Hindu groups that have the tacit support of government agencies.

“I meet several patients every day without any hesitation, but things have changed a lot after this incident”, says Sister Minj, adding that “we will continue our mission, in spite of all the challenges and persecutions.”

On the same day, the nuns were detained, police also arrested seven Protestants, including three women, labelling their prayer meeting a ceremony for illegal religious conversions. It is probable, that the Hindu mob initially suspected that the nuns were dropping people off at the meeting.

Christians make up just 0.18 per cent of Uttar Pradesh state’s population of 200 million, but extremist Hindu groups continue to attack the faithful over alleged cases of religious conversion, often disrupting prayer meetings and other activities.