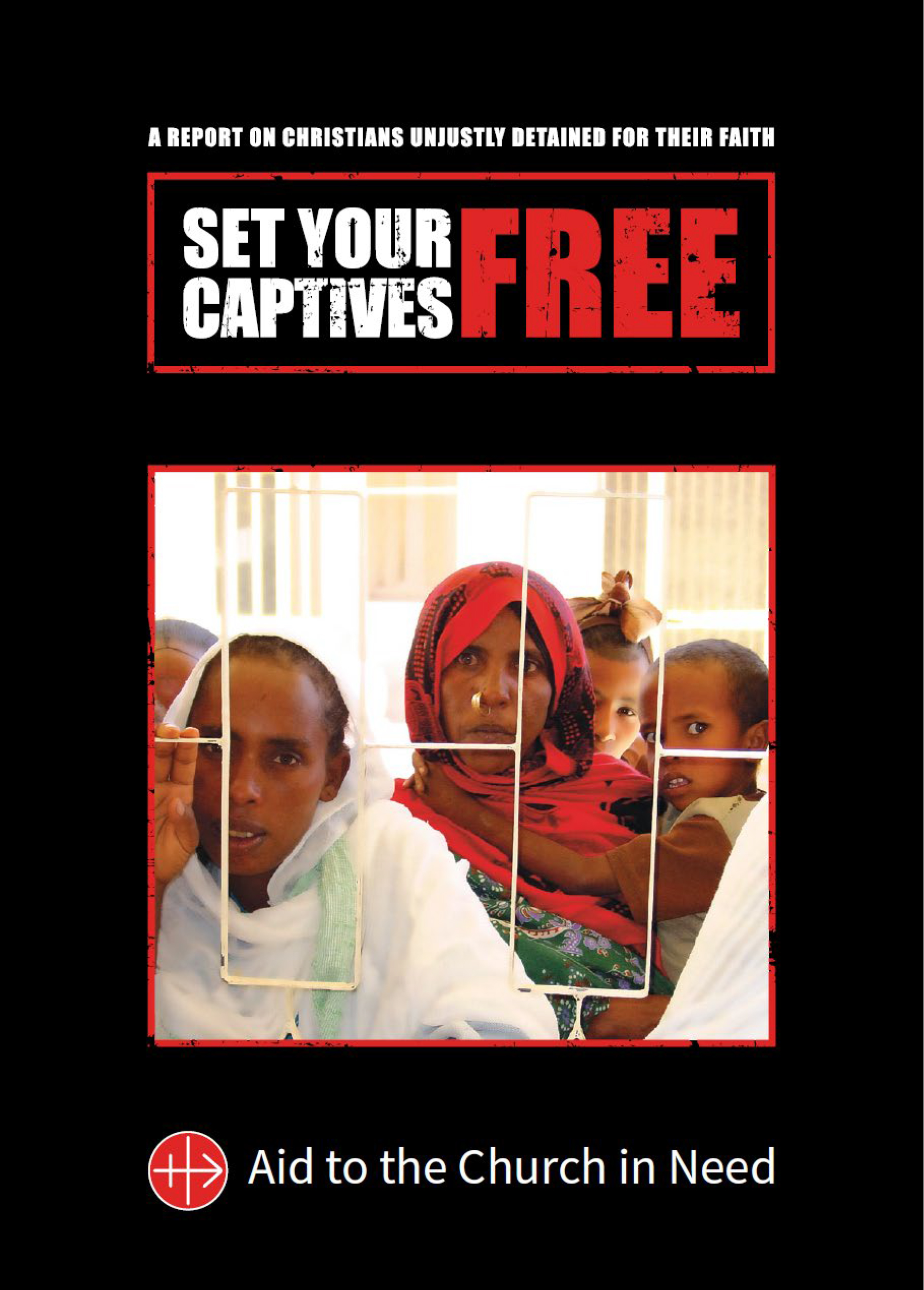 This new report highlights innocent Christians held against their will.

The plight of Christians who are kidnapped or unjustly jailed is the focus of a fresh report that will be released and produced by the British headquarters of the Catholic charity Aid to the Church in Need (ACN).

Set Your Captives Free: A Report on Christians unjustly detained for their Faith will be launched on Wednesday (25th November). It falls on the #Red Wednesday, an initiative launched by ACN to support suffering and persecuted Christians in 2015.

The report profiles individuals of different ages kidnapped by extremist groups or arrested by the state and held without charge. Report editor John Pontifex said: “In different parts of the world, Christians are unjustly denied their freedom, many for the precise reason that they refuse to give up their faith. They live in fear and many suffer in complete silence. Who is there to be their voice? Set Your Captives Free gives them the chance to tell their stories, call for justice, and appeal for liberty.”

The document, the first of its kind by the charity, complements other ongoing ACN research projects including the Religious Freedom in the World report and Persecuted and Forgotten? A Report on Christians oppressed for their Faith. It is intended as a springboard for ACN supporters to advocate for the release of those unjustly detained and demands perpetrators be brought to justice.

Many countries all over the world, from Canada to Australia, are taking part in the #RedWeek initiative. During this time symbolic monuments will be bathed in red light, such as the statue of Christ “Cristo Redentor” in Rio de Janeiro, where the campaign first began in 2015 and will be lighted to remember the victims of persecution in the north of Mozambique, where is estimated that over 2000 people have been killed, while over 400,000 others have been forced to flee their homes. In Colombia, very much in accordance with the published report, the Cathedral Metropolitan Basilica of Bogotá will be illuminated asking for prayers for the release of the Colombian missionary Gloria Narvaez, kidnapped in Mali in 2017.

In the UK and throughout the world, people will mark #Red Wednesday - November 25 - wearing red (for example a red scarf), using social media to promote the campaign. Due to coronavirus restrictions, people are also invited to mark ‘#RedWednesday at home’, creating a Red Corner, for example with a red candle and other red motifs with photographs and messages shared on Twitter, Facebook and elsewhere.