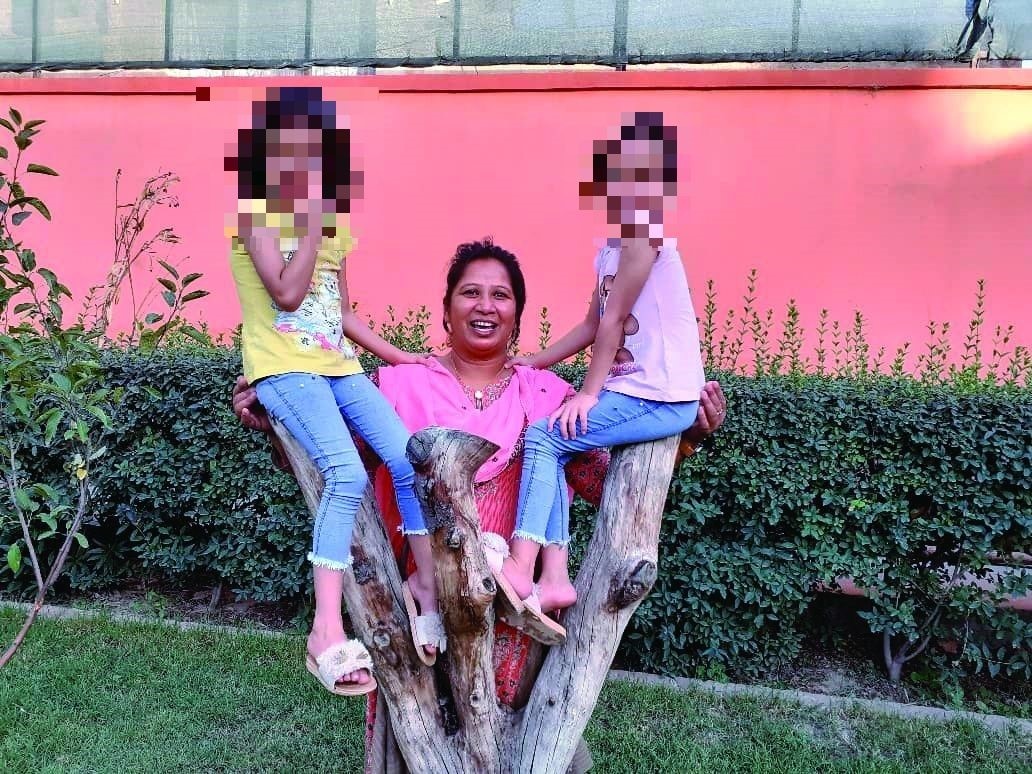 Shahnaz Bhatti, a testimony of a Catholic nun in Afghanistan

Originally from Pakistan, Sister Shahnaz Bhatti is a member of the congregation of the Sisters of Charity of Saint Jeanne-Antide Thouret. She was serving in Afghanistan until 25 August, when she was able to leave the country through the help of the Italian armed forces. She speaks about her experiences with Aid to the Church in Need (ACN).

The interview was conducted by Massimo Tubani.

To which religious order do you belong and what is your mission?
I belong to the international congregation of the Sisters of Charity of Saint Jeanne-Antide Thouret. Our mission is to provide spiritual and material services to the poor according to the example set by St. Vincent de Paul, who is known as the great apostle of charity.

What motivated your work in Afghanistan?
Our congregation took part in the project “For the Children of Kabul.” This project was initiated in 2001 in answer to the appeal of Pope John Paul II “Let us save the children of Kabul.” The congregations in Italy were generous in their response to the call through the Italian Union of Major Superiors (USMI, Unione Superiori Maggiori d’Italia). I spent the last two years in Kabul together with two other religious sisters, Sister Teresia of the Sisters of Maria Bambina (Sisters of Holy Child Mary) and Sister Irene of the Missionary Sisters of Consolata. The members of the Kabul community came from a number of different congregations. We ran a school for children aged 6 to 10 with intellectual disabilities and Down’s syndrome and got them ready to attend public school. Local teachers, caretakers and cooks worked with us at the school. With the assistance of the Italian authorities, we managed to take not only these members of our staff with us to Italy, but also all their 15 families. At this time, they have been taken in by religious orders, all of whom are truly generous and hospitable. But the families of the children whom we taught there keep calling us to ask for help as they remain in their homes. You can imagine the grave danger these people are currently facing.

How would you describe a normal, everyday Sunday in Afghanistan for us?
Sunday is not recognised as a day of worship and rest but is considered a day like any other. At the Italian embassy, we were able to discreetly celebrate religious feast days and Holy Mass.

What were the greatest challenges that you faced during your mission?
The first challenge was learning the local language because the people in Afghanistan are not taught English. You can’t teach anything without first learning the language. Another challenge was to familiarise ourselves with their habits and their mentality in order to be able to begin a dialogue with the people and be close to them. The most trying thing was not being able to move about freely, because as women, we always had to be accompanied by a man. For example, it was my job to complete all the necessary paperwork at the banks or other government agencies, but I always had to be accompanied by a local man. Two women are considered inconsequential and have no say in anything. But the suffering that made the greatest impression on me was when I saw women being treated as things. It was indescribably painful to see young women forced against their will to marry men that the respective patriarch of the family had chosen to be their husbands.

Was religious freedom respected in Afghanistan prior to the withdrawal of the western armed forces?

No, because the Afghans consider all foreigners from the West to be Christians. We were constantly being monitored and were not permitted to display any religious symbols. We religious sisters had to clothe ourselves like the local women, without the cross that symbolises who we are.

What were your experiences this past August, during the period between the withdrawal of the western troops and your departure for Italy?
It was a very difficult time: we were locked up in the house and were afraid. For more than a year, there had been only two of us. As soon as it was possible, the religious sister who had been with me left and I stayed by myself until the end. I helped our neighbours, the Sisters of Mother Theresa, and their 14 children with severe disabilities get on the last flight to Italy before the attacks. We would not have left if it had not been possible to save these children. We are indebted to the Italian Ministry of Foreign Affairs and the International Red Cross, which helped us get to the airport, and the presence of Father Giovanni Scalese, the representative of the Catholic Church in Afghanistan, who did not leave our side until we left. The journey to Kabul airport was arduous, it took us two hours and there was shooting, but in the end, we made it.

As a Catholic religious and as a woman, how would you assess the attempts of the West to ‘export democracy to Afghanistan?
A mentality cannot be changed through good intentions alone. I believe that a mentality can be changed by initiating a cultural project targeting the new generations. We see this in the young women who do not want to give up their civil rights and liberties. However, this can only be achieved by educating the young generation. You cannot export democracy – it must be cultivated.

What would you like to ask the politicians of the western countries who are most involved in Afghanistan?
I would like to ask them to help this country gain true freedom, freedom built on respect and human and civic advancement. What comes to mind as I say this is that religious fanaticism leads to division and hostility, no one person is better than another and that everyone benefits from peaceful coexistence.

How can we help the people?
We can support them by providing cultural and civic education to help them live as free people and by making it less complicated for them to find refuge in our countries should they decide to leave Afghanistan. Or, if the authorities permit this, by staying with them. I would be the first to return to them. In these times of distress, we would be there for them in the refugee camps that have been set up in neighbouring countries. We could keep the little ones from dying of hunger and thirst and from diseases that are actually easily treatable. It is also necessary to see women as human beings who are worthy of having rights and responsibilities but most importantly as human beings and not things.

Featured Image: Sister Shahnaz Bhatti, a Pakistani nun worked in Afghanistan until 25 August 2021. Copyright: Aid to the Church in Need.