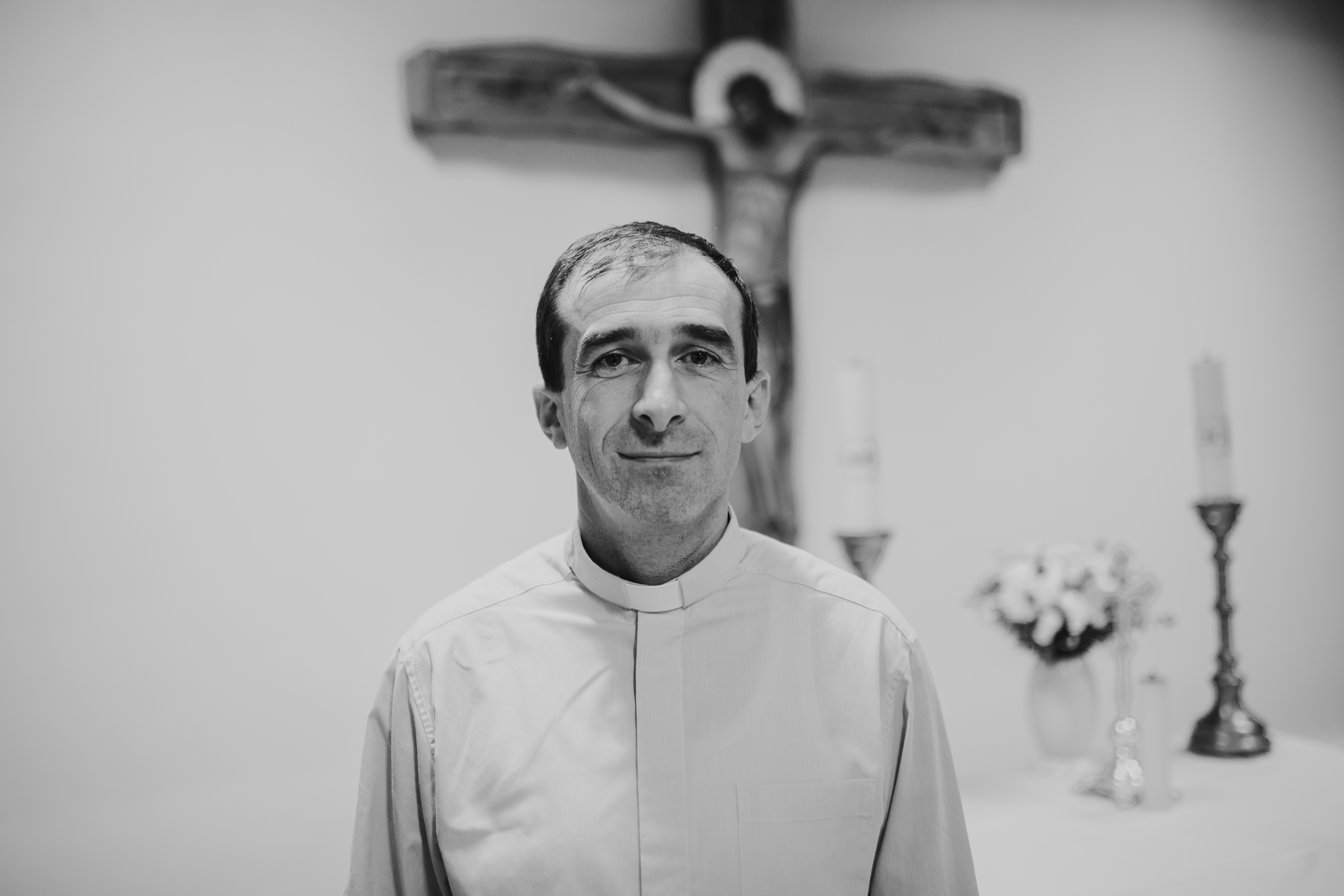 Slovak Priest at Roma Minority Mission: We Should Rather Be Their Friends Than Aid Workers

Pope Francis will meet the Roma minority in Košice – the 2nd largest Slovak city – during the papal visit to Slovakia from September 12th to 15th.

The Roma minority is the largest in the country but still lives on the outskirts of society. Fr Martin Mekel, project partner of the pontifical foundation Aid to the Church in Need (ACN), talks about his mission, the spirit of the Roma people and offers his views on the pastoral work in an interview with Ján Tkáč, Head of Communications at ACN Slovakia.

Every year, crowds of tourists come to spend their time in an area called Sigord by the Domaša reservoir, an artificial lake near the city of Prešov in Eastern Slovakia. The tourists usually travel by the main road to avoid small villages and reach their destination as quickly as possible. But that is not the only reason.

A country of 5 million people is home to some 350,000 people who belong to the Roma minority. One hundred years ago, the largest ethnic minority in Central Europe used to live as nomads, making their living as blacksmiths, barbers, and fortune-tellers. But then the Communist regime decided to settle them forcefully and put them to work at local factories and in state-owned industries. They accommodated them at the end of villages, or in the suburbs of cities. None of that worked. 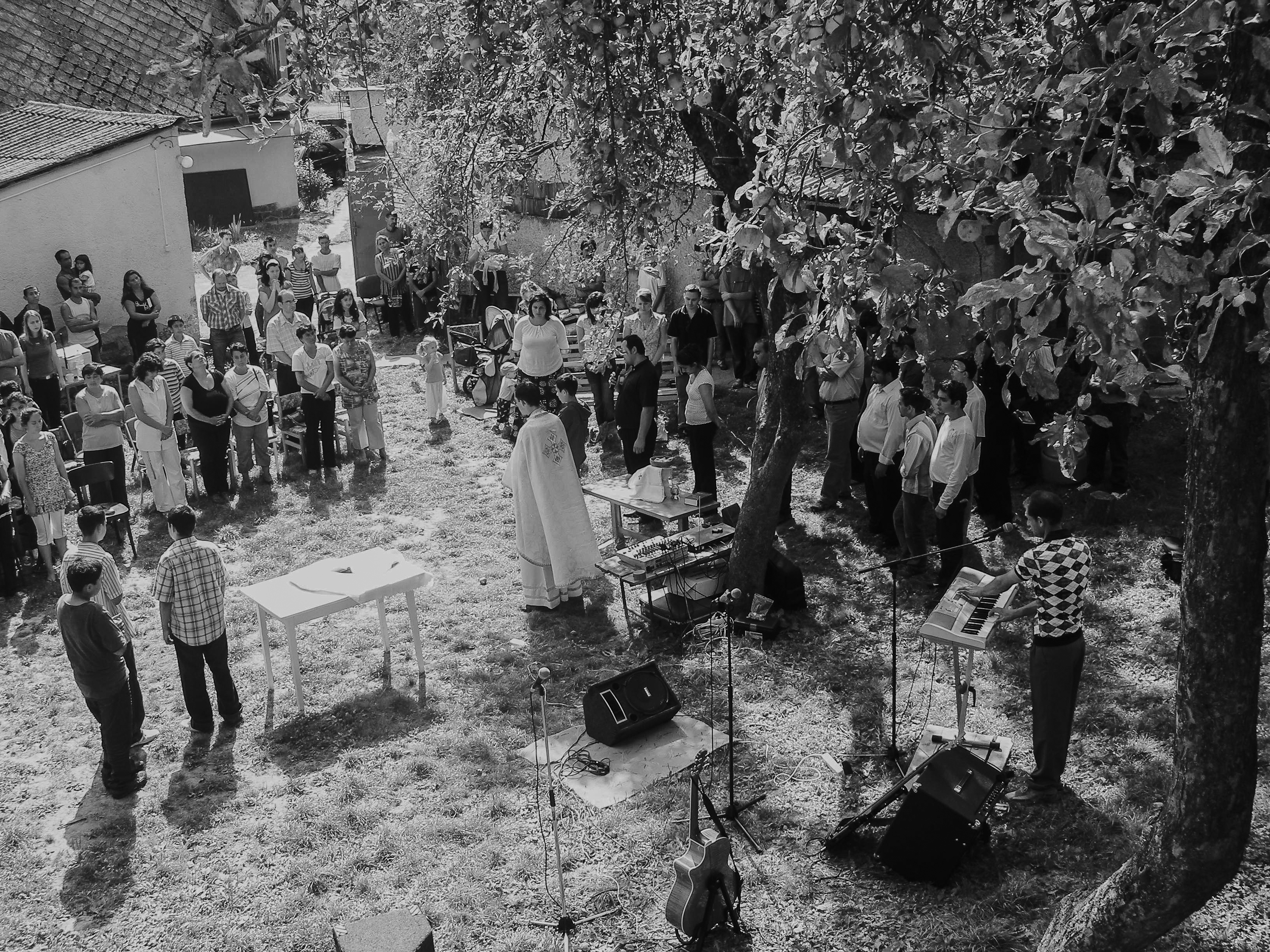 Decades after this unnatural and sometimes brutal social experiment, in the early '90s, the Roma people found themselves in the midst of democracy, looking at the rest of the country evolving vigorously.

The never-ending circle of state financial subsidies, lack of education, poverty, premature sexual behaviour, led to a situation, where thousands of Romas live in slums in Eastern Slovakia. Those are the villages the tourists going to the lake try to avoid. Not just because it is an unpleasant view, but also because some may fear that children, scattered throughout the village, may jump in front of their car.

Among those slums, close to the Domaša reservoir, lives Fr Martin Mekel, a Greek-Catholic priest married and father of three children. He leads the Greek-Catholic Roma Mission. Why did he devote his life to Roma people? After the question was posed, the answer quickly followed: “It was the Holy Spirit who took me there,” he laughed. “I have never thought about working with the Roma. Not even after I entered the seminary in Prešov.” But then, as a seminarian, he was approached by a young Roma boy from a foster house in the very same village as Fr Martin asking him if he held any prayer meetings. The Holy Spirit has found His way.

“So we began to meet during the summer holidays with some Roma boys in the village I come from. Then, my friend, a Salesian, asked me to help them with Roma children. And as time went by, I found myself in a village with 75% of Roma people.” Apparently, it wasn’t easy because his zeal for the Roma was rather disenchanting for the native Slovaks. “Simply, they were not used to this. A new priest comes to the village and, suddenly, Romas are in the church, at the parish house, everywhere… It was not easy,” he says with his infectious smile and a spark in his eyes.

But today, bringing Romas closer to God is his one and only job. He and his family are in the very heart of the Roma Mission community. In the Sigord area, they run a large retreat house obtained years ago from the state. The building is old but serves the needs of many people. With the help of ACN´s benefactors, they have been able to build a new water-heating system. Whether it is a spiritual retreat, a summer camp for children, or families looking for an affordable place to rest in the summer, the Sigord house is always a good choice.

Those who know the Greek-Catholic Church, its practice and the divine liturgy, would perhaps ask if it is the liturgy, the mysticism, the colours, or the ancient hymns that draw a similarly ancient Roma nation – which came to Europe most likely from India hundreds of years ago – closer to God. It seems not. As Fr Martin says, “Romas are much more drawn to Protestant churches than to Catholic rites… I even had to make some necessary and lawful changes to our liturgy because it was too complex for them,” he says and smiles again. And he explains immediately: “It´s… you know… when you are a missionary, you simply can't expect those people to accept everything you want to say at once. It's a process.”

Fr Martin is sure about one thing: “It is about the relationship.” He explains that most of the NGO's work with Romas as with 'clients.' “But they are not our clients, they are our brothers and sisters. There was a survey carried out by some organisations asking what Roma people want. It wasn’t higher education, more money or jobs in banks… They wanted good relationships in their families and communities. And they wanted to be accepted as well, to belong somewhere, because quite a lot of people just don’t want to see them anywhere.”

Fr Martin is quite critical about what has been done to ‘help’ the Roma: “For many years, we've been trying to change them, educate them, mould them to our image. They themselves say that they want something different. So perhaps, it’s time for us – Slovaks – to get sane and expect something different from them,” he says firmly. “After all those years, we should help less and understand more. We should stop being ‘assistants,’ ‘coordinators’, ‘aid workers’ and start being their friends.”

Indeed, he accepts the fact that it is impossible to “feed someone spiritually” when they need a piece of bread. “That is true, but in my case, from the very first moment, I knew that God doesn’t call me to be a social worker. I saw many people doing ‘social work’ burnt-out and then they left. But I am a priest, not a social worker.”

It is not a surprise that the main vehicle of change is what many would call ‘small communities’. A model was planted and developed in Slovakia decades ago by the Underground Church during the Communist regime. Small communities or groups meet on a regular basis, to pray, share, educate themselves with the assistance of a priest or a catechist. “Nothing exceptional, really,” he says, “We pray and teach, but we do all sorts of activities to give them a chance to use their talents and potential: music, theatre, sports… It is important that they do everything themselves. If I want to build a new station or a place to meet, I ask them to build it with my help.”

Thinking about the upcoming papal visit, Fr Martin and his team are trying to encourage the faithful to go and meet the Pope. "They like the fact that the Pope is going to visit us, but many of them are afraid of vaccination." Attendance at the papal events in Slovakia is conditioned by having undergone a full vaccination against Covid-19. On the other hand, there are many Romas from Eastern Slovakia who would like to volunteer in advance, or during the papal visit. "I think and I hope that the papal visit to the large Roma settlement in Košice [which is called Lunik IX.] will have a long-lasting impact on relationships between Romas and the rest of society. I pray that Holy Father opens the hearts of people and helps society to understand the need to accept our Roma brothers and sisters."