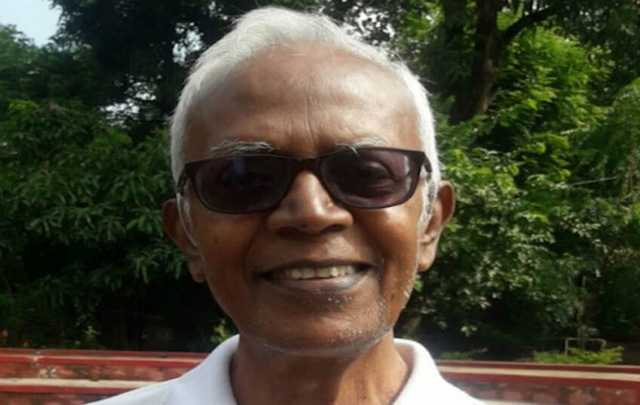 “The international Catholic pastoral charity Aid to the Church in Need (ACN) supports the calls for the release of Jesuit priest Fr Stan Swamy, who has been incarcerated since 8 October for alleged illegal activities and denied release on bail.

We advocate the release of this priest, who has spent the last 40 years working with indigenous tribespeople (Adivasi) in the Indian state of Jharkhand; tribespeople who have been forcibly driven from their native lands to make room for mining or industrial agricultural projects. His only crime was to demand justice and to denounce the abuse they have suffered in their region.

It is beyond our comprehension why Fr Stan Swamy, who has already spent one-and-a-half months in prison, has been denied release on bail, even though the health of the 83-year-old religious, who also has Parkinson’s disease, is in a precarious state. For more than 40 days he had been refused even basic aids such as a drinking straw or a sipper.

Fr Stan Swamy’s case is only the tip of the iceberg in India. We are aware of other cases of priests and catechists who have been wrongfully accused with the aim of spreading fear and intimidating pastoral workers in their efforts to achieve better living conditions for the Adivasi and Dalits (untouchables).

As the charity has learned from its contacts in the country, many people are also suffering from the misuse of anti-conversion laws, which were enacted in eight Indian states to make forced conversions and conversions by “deceptive means” a punishable offence. For example, Christians in Jharkhand are often wrongfully accused of breaking these laws even though they have done nothing wrong except practising their faith. The objective here is to intimidate the opponents in land disputes, which frequently arise in the regions inhabited by indigenous tribespeople. We know cases of people who spent years in prison as a result of false charges, leading to the loss of their legal rights.

ACN is very concerned about the rise of religious nationalism, which is promoted by institutions that are close to the Indian government. In many villages, Christians are limited in their freedom of movement out of fear of suffering fundamentalist reprisals. Unjustified arrests such as that of Fr Stan Swamy often seem to have only one objective: to silence and intimidate the weakest.

We call upon international political institutions to ensure that the exercise of religious freedom is protected in India and that the Catholic Church may continue to work for the poorest of the poor.”

Fr Stan has been charged with maintaining links with Maoist groups and having supported their activities during a demonstration, which led to an outbreak of violence against Indian security forces in Pune in December 2017. Prior to Fr Stan’s arrest, two house searches were carried out, one on 28 August 2018 and the other on 12 June 2019. He was interrogated for more than 15 hours over a period of five days in July and August of this year. Many aid organisations consider this an abuse of the laws enacted to prevent terrorist attacks and riots for the purpose of appropriating land without a proper legal consultation procedure.