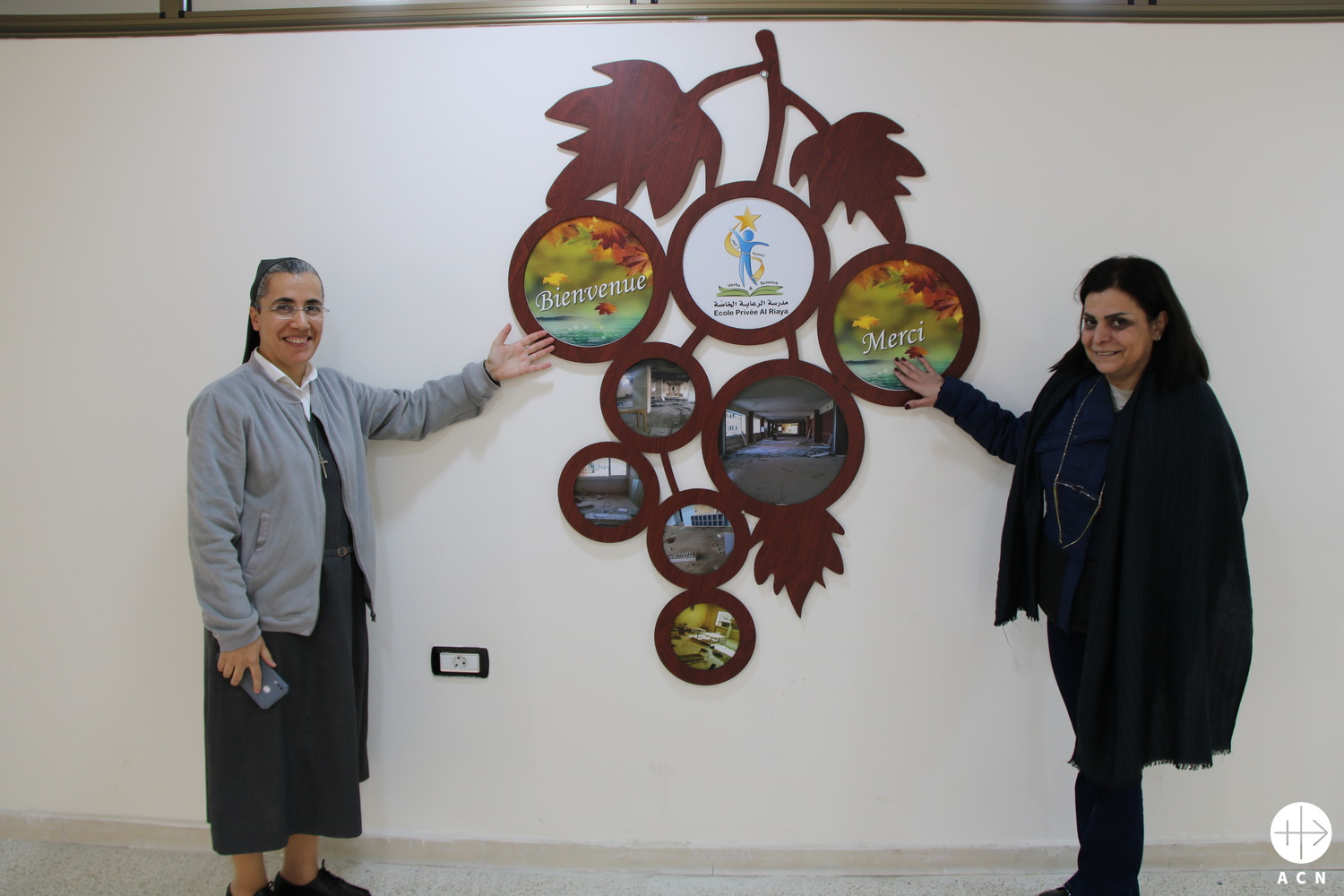 Syria: “May the Lord forgive them, that is all I can say”

Mary, Mother of Reconciliation, is a model for Syrian Christians.

“’Forgive them, Lord’. How many times have we repeated these words, especially over the past years!”, says Sister Jihanne Attalah, from the Sisters of Charity of Sainte Jeanne Antide Thouret, in Damascus, days before the celebration of yet another Christmas in a Syria that has endured over 10 years of war.

“From one day to the next we were forced to abandon our large, recently built and beautiful school, on the road to the Damascus airport”, Sister Jihane recalls, sadly. The Al-Riaya school that the congregation ran in the outskirts of Damascus became a war zone. Besides the school itself, the nuns also lost loved ones to the fighting. “We lost a young teacher and a student, not to mention all those who were injured”, the nun tells international foundation Aid to the Church in Need (ACN).

One of the school’s students, 15-year-old Christine, was returning home from school with a classmate when a bomb detonated near them. Christine lost a foot, but her friend was killed. Sister Jihane remembers that when Christine was in hospital and a television channel interviewed her, she said in a calm voice: “May the Lord forgive them, that is all I can say”.

Then, one day, the students and teachers were prevented from returning to the school to fetch their belongings. The management was forced to find alternative classrooms in which to teach their students in safety.

Despite all these years of suffering, war, and pain in this country, Sister Jihane says that the most important has been keeping the faith, in order to have some inner peace. In this respect, she explains, Mary, Mother of reconciliation, is an example to all Syrian Christians. “Amidst all this darkness there has always been room for hope that guided us and helped us lift our eyes, overcome our desire for vengeance and transform ourselves. It was our faith in God and in the presence of the Virgin Mary, who remained close to the Cross. She held firm, and drew strength from her Son”, Sister Jihane replies.

After the war ended in the Damascus region, the nuns returned to rebuild and reopen their school. International foundation Aid to the Church in Need helped fund a desalination system for Al-Riaya school, run by the Sisters of Charity of Saint Jeanned Antide Thouret and the furniture for the school in 2021.

Featured Image: Our Lady of Reconciliation Sr.Jihanne / Al-Riaya School. Copyright: Aid to the Church in Need.