by Paulo Aido (edited by Maria Lozano). March 15 will mark the ninth anniversary of the start of the conflict in Syria. "The situation is terrible," said Sister Maria Lúcia Ferreira, a sister from the Mar Yakub Monastery in Qara, in the Christian region of Qalamoun, in a statement to the Portuguese headquarters of the ACN international foundation.

According to the Portuguese-born religious, better known as Sister Myri, “after the crisis in Lebanon and the new sanctions imposed on the country, the economic situation has become really terrible. People complain that they can barely buy [anything] to eat.”

Weather conditions have worsened an already difficult situation. “The winter was mild until January, when several snowstorms struck us here in Qalamoun, one of the coldest places in Syria," said the Sister, who belongs to the Congregation of the Sisters of the Unity of Antioch. Qalamoun is located in a mountainous area and is a traditionally Christian region, located in western Syria, near the border with Lebanon. 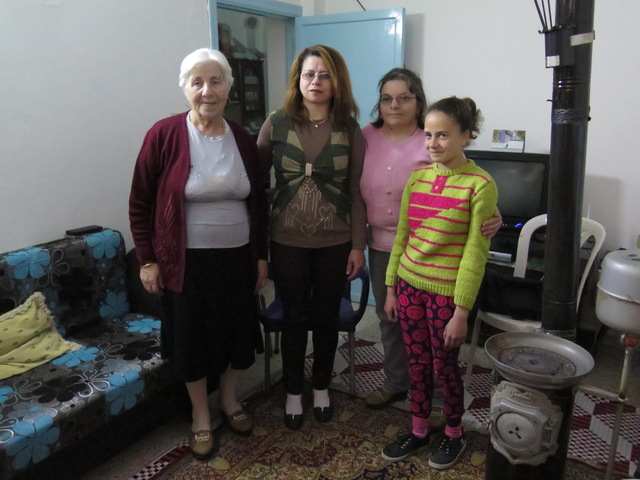 Family helped by ACN to buy heater oil during the winter. Photographer: Bartek Zytkowiak Copyright: Aid to the Church in Need.

Sister Myri also explained that they had very little electricity in recent days. “Here in Qalamoun, we still get two hours with electricity and four hours without it, but I think the area is better off than others because we heard that in the city of Homs, they sometimes go two days without electrical power. It depends on the part of the country.”

As a direct result of electricity and gas shortages, of the economic crisis and of the worsening weather conditions, the poorest families are going through very hard times. The Portuguese nun gave as an example the tragic story of one family: “A local woman, whom we know well because she has a disabled daughter, told us that she had neither electricity nor gas. It is very hard to get gas in the country, or any kind of fuel oil to heat the furnace. So, she told us: “To keep Maria, my girl, warm, we have been burning clothes that we no longer use.”

Electricity shortages have also forced the Sisters to change some daily routines in the monastery. "Now we cook with firewood. We have to find firewood so that we can cook and eat something hot.”

“It’s horrible, people can no longer buy anything to eat. Some people survive on bread and water," Sister Myri said. For this reason, she is asking for a show of solidarity and prayers for the Syrian people. "I would like to ask people to join us to pray for these people who are in such a situation.”

Like the town of Qara, where the sisters live, all of Syria continues to suffer from an extremely weak economy caused by nine years of war that have already left more than 380,000 dead and turned millions into refugees and internally displaced persons. The situation is exacerbated by the violence that continues in the northeast of the country, in Idlib province, where government forces are trying to capture the last stronghold still in the hands of jihadist groups. Syrian children are direct victims of this climate of war. 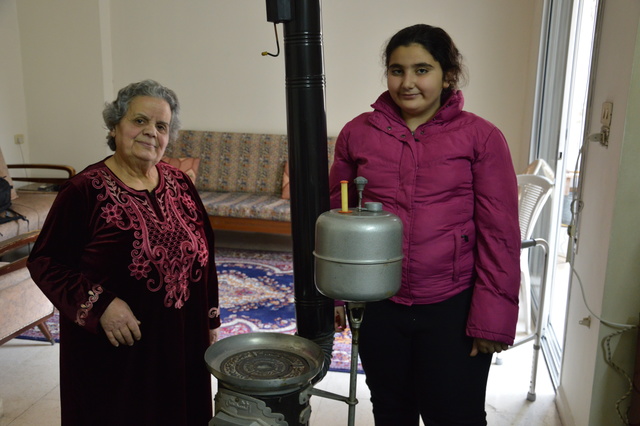 According to UNICEF, more than 300,000 children have been displaced from their homes and neighbourhoods since December alone. Approximately 1.2 million children are in a situation deemed extremely vulnerable.

The ACN Foundation is implementing various humanitarian aid projects for the neediest populations in Syria, including children. An example of this is the “fuel for heating" campaign with which ACN is supporting four major projects in Aleppo and Damascus. This is enabling more than 1,700 families in need, including the elderly and the sick, to cook food and warm their homes for at least a few hours. 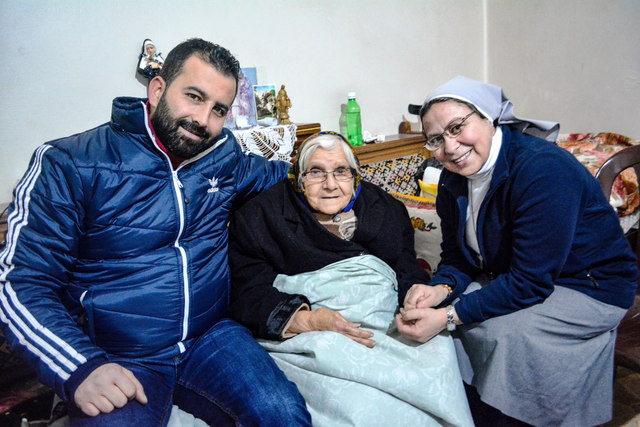 Holding on in faith: ACN’s Aleppo project partner Sister Annie Demerjian visits housebound 85-year-old Lucine, who is helped by Fadi, a volunteer Thanks to you, the friends of ACN, Lucine is receiving medicine, clothes, fuel and electricity.
Pope Francis has described the situation in Syria as “the biggest humanitarian catastrophe after World War II”. Photographer: John Pontifex. Copyright: Aid to the Church in Need.