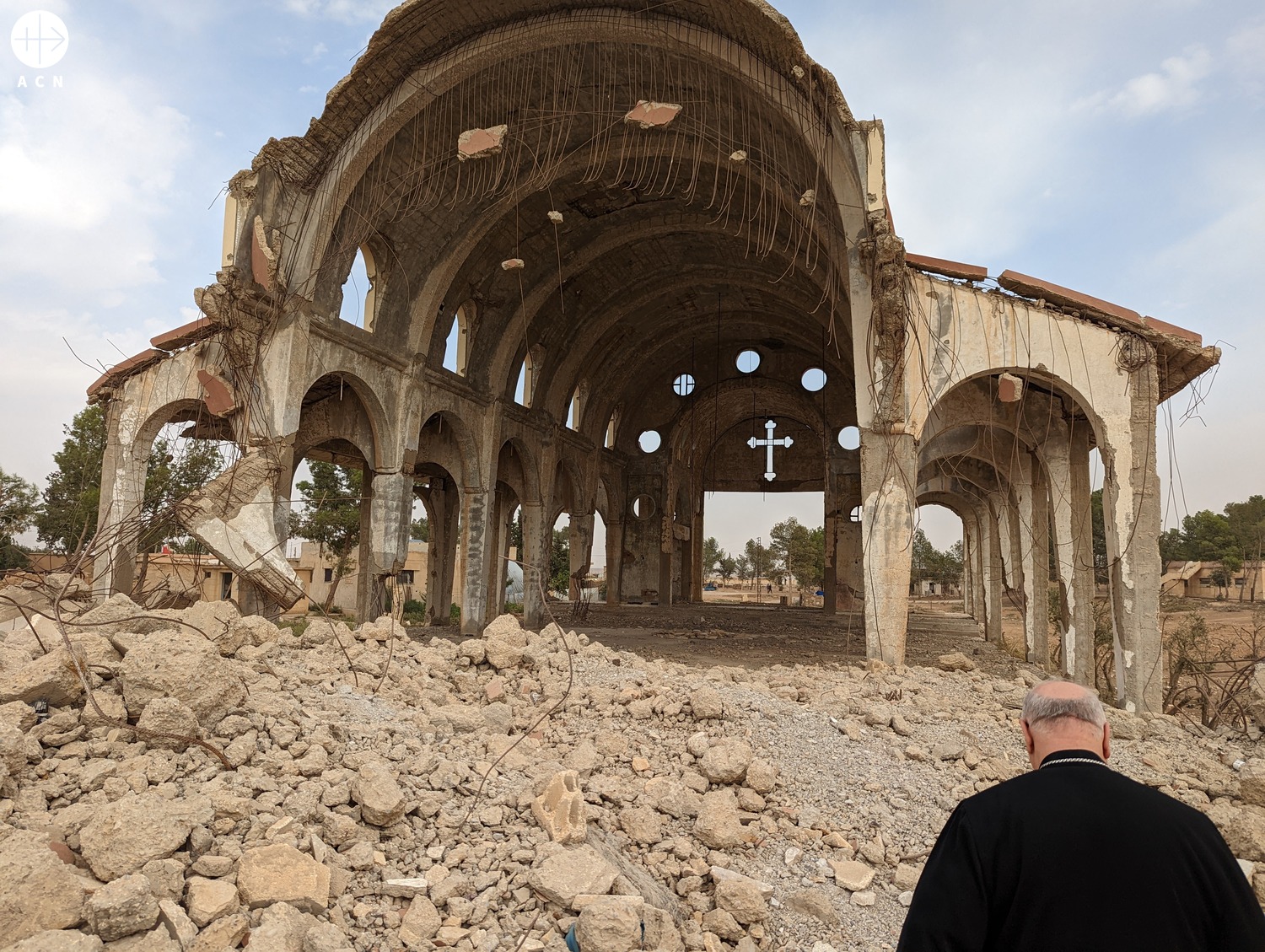 SYRIA: “We place it in God’s hands”

Since 20 November, northern Syria has once again been targeted by a series of attacks coming from Turkey, which is determined to eradicate Kurdish combatants to “protect its borders”, according to the words of Turkish Prime Minister Erdogan. Aid to the Church in Need interviewed Mgr Nidal Abdel Massih Thomas, patriarchal vicar of the Chaldean Church in Al-Jazeera.

The Armenian Catholic Patriarchate has just asked for everyone's prayers for an end to the Turkish military operations against Kurdish targets in north-eastern Syria. What exactly is happening there?

Since 20 November, Turkish forces have been attacking some important positions of the Kurdish-led forces, striking gas sites and some oil sites along the Al-Malikiyah and Rumailan line, all the way to Ras Al-Ain, by means of drones. The infrastructure (oil refineries and electricity and gas stations) has been destroyed and put completely out of service. They have also bombed some villages near the border.

The Turkish operation inside Syrian territory (north of Aleppo and in north-east Syria) targeted the sites of the Syrian Democratic Forces (SDF), in response to the bombing of Taksim in Istanbul, on 13 November, which caused six deaths and left 80 people injured.

Which cities are being targeted? Are there still Christians in these regions?

Are civilians being targeted by these attacks?

Certainly, because civilians are the ones who work on this infrastructure and have homes nearby. Many civilians have been treated in Qamishli and Al-Hasakah hospitals. Urban areas were also targeted, such as a civilian road facility connecting Al-Hasakah and Al-Qamishli and the suburbs of Amouda, Al-Malikiyah and Al-Qahtaniya.

How do the Turkish forces justify these attacks?

The Turks justify this intervention by saying that it is to protect their borders, to a depth of 30 km along northern Syria. They want to prevent the establishment of a Kurdish state by the PKK, which is threatening the Turkish state and could prepare attacks on their country.

Can the Syrian government react when this region is supposedly autonomous and managed by the Syrian Democratic Forces?

The Syrian state wants to recover its lands, but the Kurdish forces are not responding to the Syrian state. Several times there has been an agreement and the Kurdish forces have withdrawn, because they obey America. The Syrian state is prepared to protect all areas. The SDF commander was informed last Sunday through the Russian mediator that he was being asked to withdraw from three areas (Tal Rifaat, Manbij and Ayn Al-Arab), but all these proposals have been rejected.

What do you see in the coming months?

Erdogan has said the ground offensive will commence as soon as possible, but so far this has not happened. By all indications, if the Kurds do not withdraw from these three areas, there will be an imminent Turkish ground attack on northern Syria, with the continuation of the daily artillery and air bombardment.

The region has already experienced a big process of migration since 2015, during the years of the Syrian civil war. We do not know what they are going to do and so we place it in God’s hands.