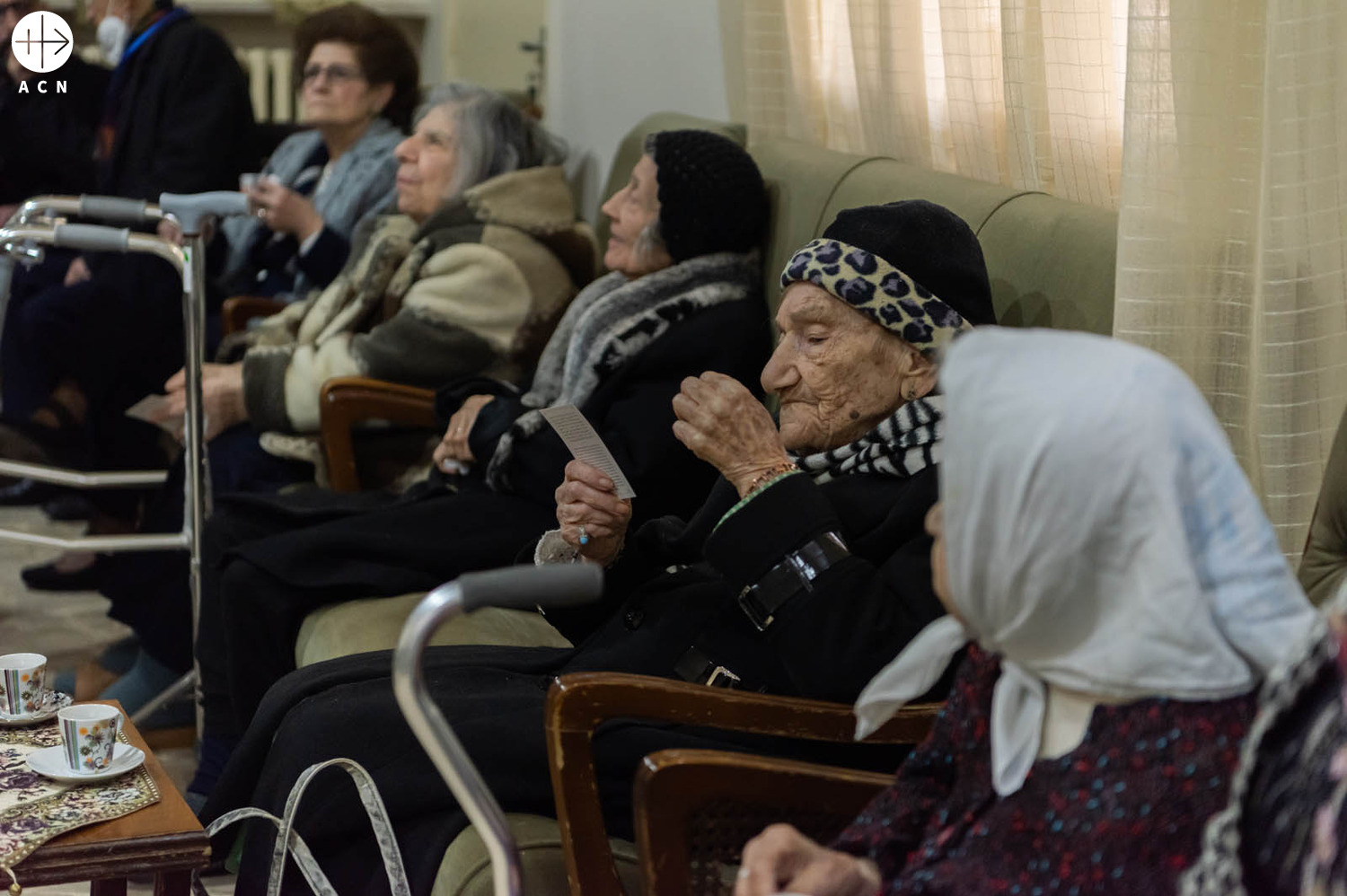 “Syrians too poor to pay for surgery or operations”, says Aleppo bishop

During a recent visit to the headquarters of ACN, in Germany, Melkite Archbishop Georges Masri, of Aleppo, described the serious crisis that is affecting both the population’s health and the Church’s pastoral work.

The war in Syria is currently on the back burner, but the country continues to experience a serious economic crisis and sky-high inflation as a result of sanctions, international isolation, destruction of infrastructure, lack of government funds, the financial meltdown in Lebanon and generalised corruption. This crisis has had a deep effect on the health system, with serious consequences for the health of the population.

“The elderly are especially affected, because of the rising price of medicines. Many of them have to take several types of medication every day, for different ailments”, explains Archbishop Georges Masri, of the Melkite Church in Aleppo.

The bishop describes the health situation as dramatic, with the country having suffered through the Covid-19 pandemic, only to be struck by outbreaks of Cholera in 13 of its 14 provinces. Authorities have blamed these outbreaks on the consumption of non-potable water, as well as the use of contaminated water sources.

According to the Syrian Archbishop, however, the problem is bigger than the epidemics, since the general health of the population is very low. Medical issues are now one of the main worries for Christian families who have remained in Syria. An increasing number of people die for lack of medication, the impossibly high cost of surgery and the general destruction of hospitals and clinics. The fact that many qualified doctors have chosen to leave the country, and that many State-owned pharmaceutical companies have had to close, only makes things worse.

“Another serious issue at the moment”, says Archbishop Masri, “is the emigration of doctors to other countries. We need the young people who are studying medicine to stay.”

Many families have reached the point where they opt not to buy medication, or to have any surgery because they don’t believe they will be able to pay back their loans. Faced with this situation, the Church refuses to sit back and do nothing. It may not be able to compensate for the lack of doctors, but it has increased its pastoral care for the sick.

ACN has supported this effort through the construction of a pharmacy in Aleppo to aid in the distribution of medicines to the population. Although owned and operated by the Catholic Church, the pharmacy is open to the general public.

Another of Archbishop Masri’s projects which ACN is funding is aimed at helping the elderly. Whereas in many countries the Church organises activities and camps for children, in this case, and thanks to the cooperation of a group of laypeople in the diocese, it is the elderly with less financial resources who are given the opportunity to get out of the city for a few days for some recreational time, based on the Scouts programme.

At a site about six hours from Aleppo, participants go on hikes, play games and dance. All this has contributed to improving their physical and spiritual health. “This has been surprising for them. They return home full of energy. One of them told the priest who was with them that it was the first time in his life that he and his wife had left Aleppo together”.

“We are deeply grateful to ACN benefactors. With your help we have been able to support the population despite this crisis. We pray for them all”, the archbishop says.