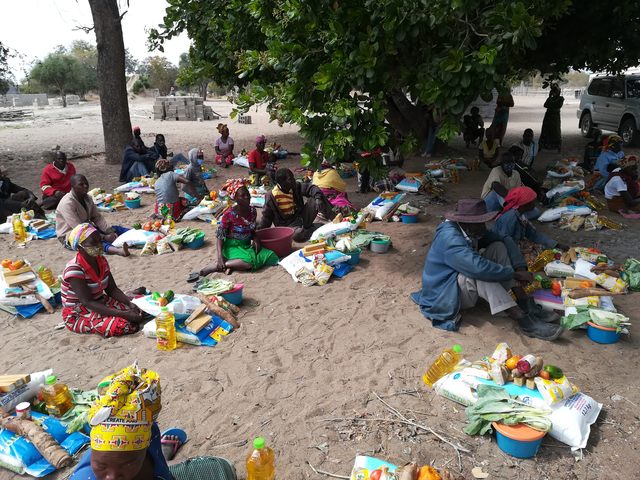 Terror, COVID, cholera: Northern Mozambique is bleeding from many wounds

ACN supports the refugee work of the Church with 245,000 AUD towards emergency aid.

“Almost weekly, new horror stories from Mozambique reach Aid to the Church in Need (ACN). Largely unnoticed by the international community, the country is suffering one humanitarian catastrophe after another,” explained Ulrich Kny, project officer for the country in south-eastern Africa at the international Catholic pastoral charity based in Königstein, Germany.

Since 2017, Mozambique has been the target of countless attacks by jihadists. The exact objectives pursued by the terrorist units are not known; observers suggest a mix of economic, political and religious interests. On 10 March, the US government classified the group as an offshoot of the "Islamic State" (IS) and as a global terrorist organisation and imposed sanctions. According to US media, eyewitnesses report mass beheadings and unimaginable violence against the civilian population.

While jihadist terrorism continues to eat away at the region along the Tanzanian border, thus further increasing refugee misery, the country is currently also being battered by the COVID pandemic. “While the first wave was comparatively mild, the number of infected persons has sky-rocketed since January. It is alarming how the number of deaths has escalated,” the project officer at ACN said. Moreover, cholera is also spreading due to the catastrophic hygienic conditions in the refugee camps, which have no access to clean water.

Religious sisters working in the diocese of Pemba. Copyright: Aid to the Church in Need.

Kny reported on a conversation he held with religious sister Aparecida Ramos Queiroz, who is responsible for coordinating the relief projects in the diocese of Pemba in northern Mozambique. Hundreds of thousands of refugees from the northern parts of the country have found refuge in the capital of the province of Cabo Delgado and its surrounding communities. According to the UN, by late 2020 there were almost 670,000 displaced persons.

Attacks have been carried out in nine of the 17 districts of the province of Cabo Delgado. The violence is directed at the entire community, not just at Christians, reported Sister Aparecida. “Both Muslim and Christian institutions are being attacked. We Christians are not the primary target of the insurgents.”

However, the Church has suffered great losses through the violence, the religious sister continued. She said that several churches have been destroyed completely; six of the 23 parishes of the diocese of Pemba are deserted – the situation is so unstable that most of the parish members have fled. In spite of this, a religious sister and a young parochial vicar are still working in one of the abandoned villages of the parish to serve those people who are too poor even to flee. 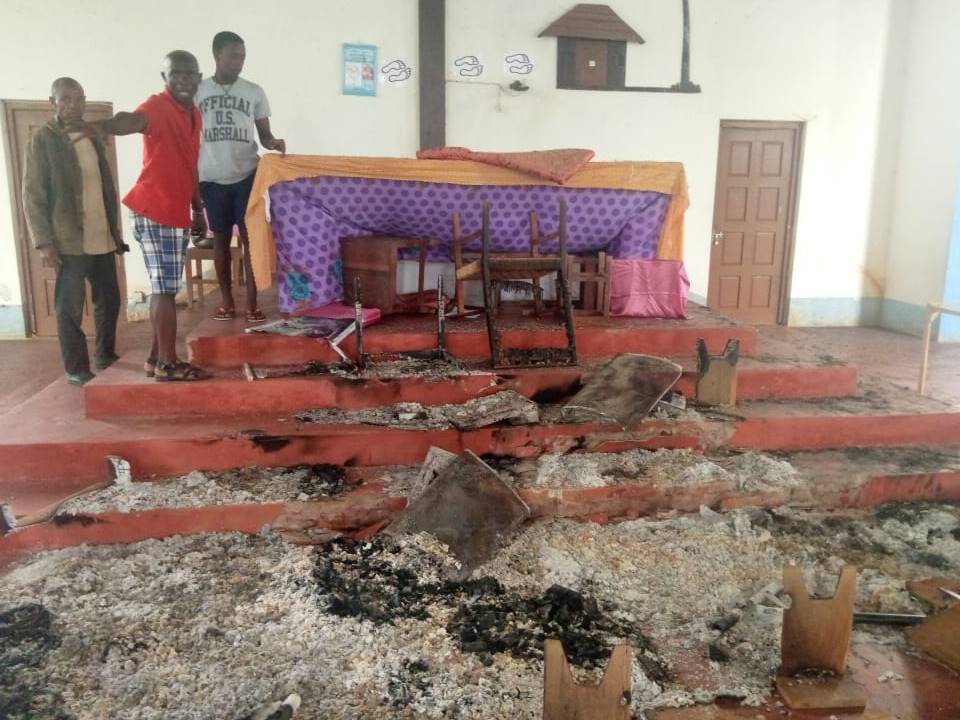 Terrorist attacks on the church of the Sacred Heart of Jesus in Nangololo, Mozambique. Copyright: Aid to the Church in Need.

“In the meantime, the government has started to resettle the refugees from Pemba to other parts of the region. Many find shelter with other families, others in new refugee settlements,” Ulrich Kny described the situation. He then explained that most of the priests and religious sisters from the conflict areas fled together with the members of their parishes. “They are now trying to continue their pastoral work among the refugees from their parishes there, where they have taken shelter. The local Church workers are supporting them in their work as much as they can.”

ACN has granted 245,000 AUD towards emergency aid because, despite international relief efforts, there is an acute scarcity of food and many people are starving. “Thanks to this support, the priests and religious sisters are able to distribute food to the refugees,” Kny reported. Another project was initiated to provide psychosocial assistance to the refugees, most of whom are severely traumatised after experiencing unimaginable suffering through the terrorist attacks and their forced displacement. By now, more than 120 pastoral workers and volunteers in Pemba have received psychological training.

ACN also provides subsistence aid for priests and religious as well as funding for training courses for seminarians and prospective sisters, funding for the expansion of Church infrastructure, for Church media work and other projects. Kny explained, “The Church in Mozambique is an anchor of hope and charity in a sea of suffering and violence. That is why we have made this country a top priority. Any form of support helps to assuage the suffering of this oppressed and uprooted people.”

To help our brothers and sisters in Mozambique visit: www.aidtochurch.org/mozambique

Main Featured Image: The Diocese of Xai-Xai, Mozambique, distributing food to the poor in the time of coronavirus. Copyright: Aid to the Church in Need.