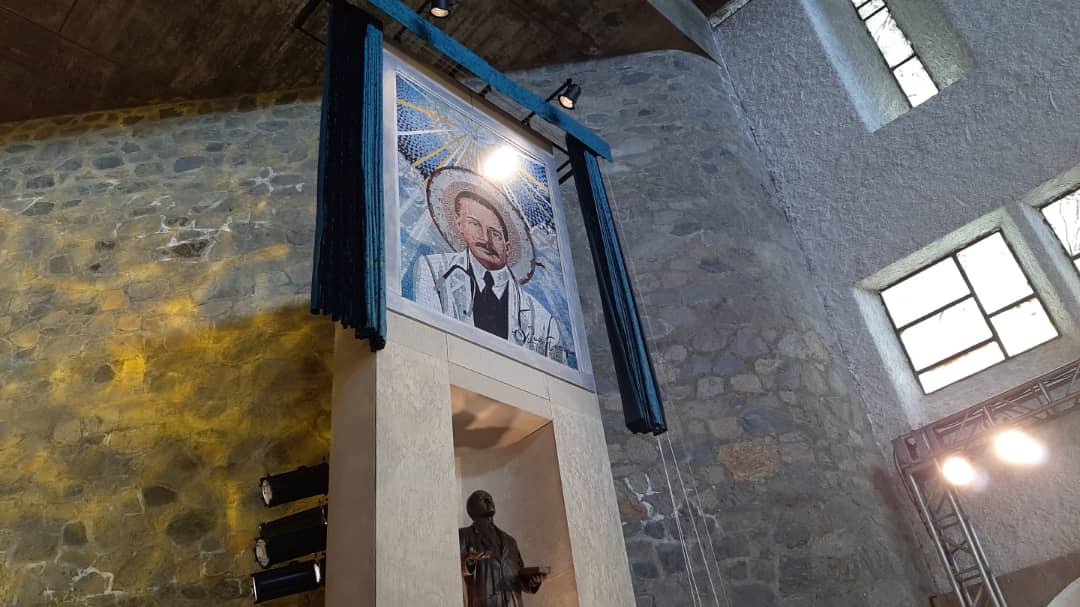 The Beatification of a Venezuelan country doctor and scientist

In a video message addressed to the Venezuelan people on the occasion of the beatification of the well-loved medical doctor José Gregorio Hernandez on April 30 this year in Caracas, the Holy Father twice expressed his desire to visit the country. In his homily during the celebration, the Apostolic Nuncio Archbishop Aldo Giordano stated “Pope Francis (…) has confided to us that he has a great desire to visit our country.”

In his message, which was recorded on 29 April, the Pope stated: “I pray to God for reconciliation and peace among Venezuelans. I would love to come and visit you.” And after praying that “the people of this beautiful land may always find opportunities for human development”, he once again expressed his desire to visit Venezuela “to at least indicate my closeness on this path”.

In the midst of the suffering the world is going through as a result of the COVID-19 pandemic, Jose Gregorio, the Venezuelan “people’s doctor” who lived at the beginning of the 20th century and who is one of the most beloved figures in this country, emerges as an intercessor and a symbol of hope. “The beatification of Doctor José Gregorio is taking place at a particular and difficult time for you. Like my brother bishops, I know well the situation you are undergoing and I am conscious that your prolonged suffering and anguish have been further aggravated by the terrible COVID-19 pandemic”, Pope Francis stated in the recorded message, which was transmitted via several online channels after the ceremony.

In his message the pontiff expressly included those Venezuelans who have emigrated from the country “in search of better conditions of life” – over 5 million, according to the international UN agency ACNUR – as well as “those who are deprived of freedom and those who lack the most basic necessities. All of you are compatriots of the blessed. All of you have the same rights. I accompany them with love.”

Referring to the difficult social situation of tension and violence the country is experiencing, Pope Francis observed that the beatification “is a special blessing of God for Venezuela and invites us to conversion towards greater solidarity with one another, so that everyone together may find the response that is so greatly needed for the common good, in order that the country may revive and be reborn, following the pandemic, in a spirit of reconciliation.”

He urged that “national unity” around the figure of the doctor might be an example for the future. “He is a model of sanctity, committed to the defence of life, to the challenges of history and, in particular as a paradigm of service to neighbour, as a Good Samaritan, excluding no one”, said Pope Francis, referring to the newly beatified doctor.

According to information received by ACN from the Venezuelan Bishops’ Conference, the beatification Mass was celebrated in the church of Saint John the Baptist in the La Salle College in the capital, Caracas, and was presided over by the Apostolic Nuncio Archbishop Aldo Giordano. Also concelebrating were Cardinal Baltazar Porras, Archbishop of Merida and Apostolic Administrator of Caracas, and Cardinal Jorge Urosa, Archbishop Emeritus of Caracas, together with other local prelates. Due to Coronavirus restrictions only a small number of people were able to attend the ceremony in person. However, many Catholic faithful throughout the country united themselves spiritually via the Internet.

During the ceremony Archbishop Giordano emphasised that “in the figure of José Gregorio Hernández the Church renders homage of honour, gratitude and prayer to the medical and healthcare professionals of today”, and he prayed “that Blessed José Gregorio may intercede, so that access to vaccines may be successfully achieved, together, without division or resistance.”

The Apostolic Nuncio emphasised that “it seems providential to be celebrating the beatification of a doctor in the midst of a pandemic that is affecting the whole of humanity” and which demands so many prayers “for the millions of victims and for all who have fallen sick as a result of the virus”. Venezuela is suffering particularly severely from the pandemic, as the Venezuelan Bishops’ Conference announced in mid-April.

During the celebration, the reliquary of the “people’s doctor” was raised up in front of the altar by Yaxury Solórzano, the young girl who “had little hope of survival” after being shot in the head in the year 2017 at the age of 10, but who was miraculously healed by the intercession of Doctor José Gregorio. This miracle was approved in 2020 by the medical committee of the Congregation for the Causes of the Saints and by the Vatican’s Theological Commission. Pope Francis approved the beatification in the same year. Both the medical team who treated Yaxury Solórzano and the relatives of the newly beatified doctor were present at the ceremony.

The liturgical feast day of Blessed José Gregorio Hernandez will be celebrated on 26 October. At the end of Mass, Cardinal Porras symbolically entrusted the relics of the newly beatified to each of the Venezuelan dioceses. The Venezuelan Bishops’ Conference explained that the base of the reliquaries containing his relics are shaped in a form resembling a microscope, symbolising his passion for science, while the upper part is in the form of a broad-rimmed sombrero of the kind worn by José Gregorio and which has come to be a symbol of his person. Finally, the reliquary is surrounded by a ring of pearls, representing the doctor’s devotion to the Holy Rosary.

Featured Image: Beatification ceremony of the "doctor of the poor" in Venezuela. Copyright: Aid to the Church in Need.