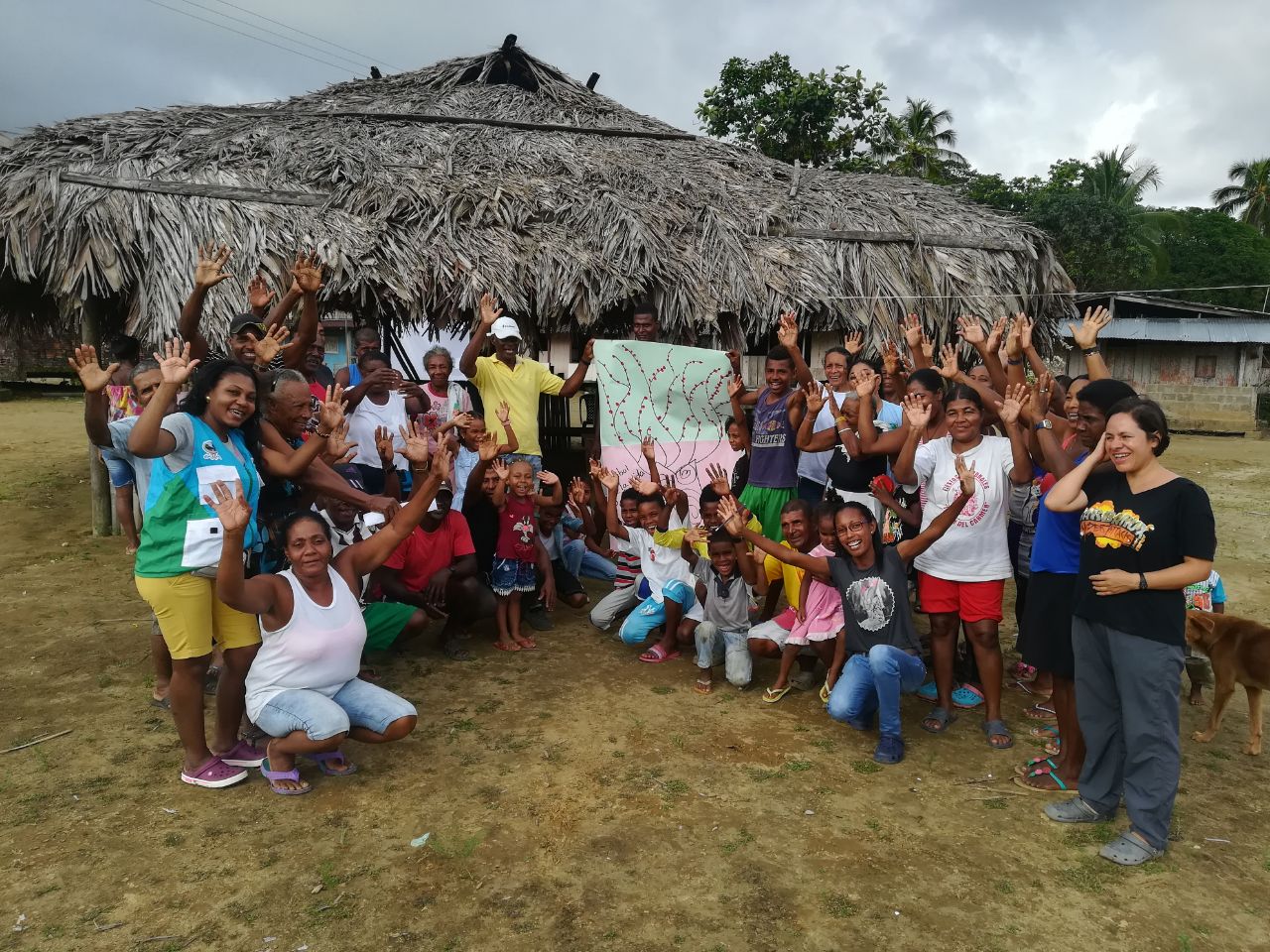 If one adds the 60 million Hispanics who, according to the US Census, are now living in North America, it can be said that almost half of all Catholics in the world are originally from Latin America. “Catholics in Latin America are a living, passionate and dynamic community, with great respect for human dignity, highly valuing the family and having a profound sense of community. All these things are very positive. Such Christian values, as the search for the common good and the well-being of all, especially of the poorest and most vulnerable in society, are very much present among this community,” explains Rafael D’Aqui, head of one of the Latin America sections of the international Catholic pastoral charity and pontifical foundation Aid to the Church in Need (ACN International).

However, despite their great numbers, the Catholics of Latin America are facing major challenges. Social inequalities are extreme, incomes generally low. Poverty in Latin America makes life difficult for most. Such problems in turn create high levels of violence and other social evils which affect families and are passed on to other generations as well. 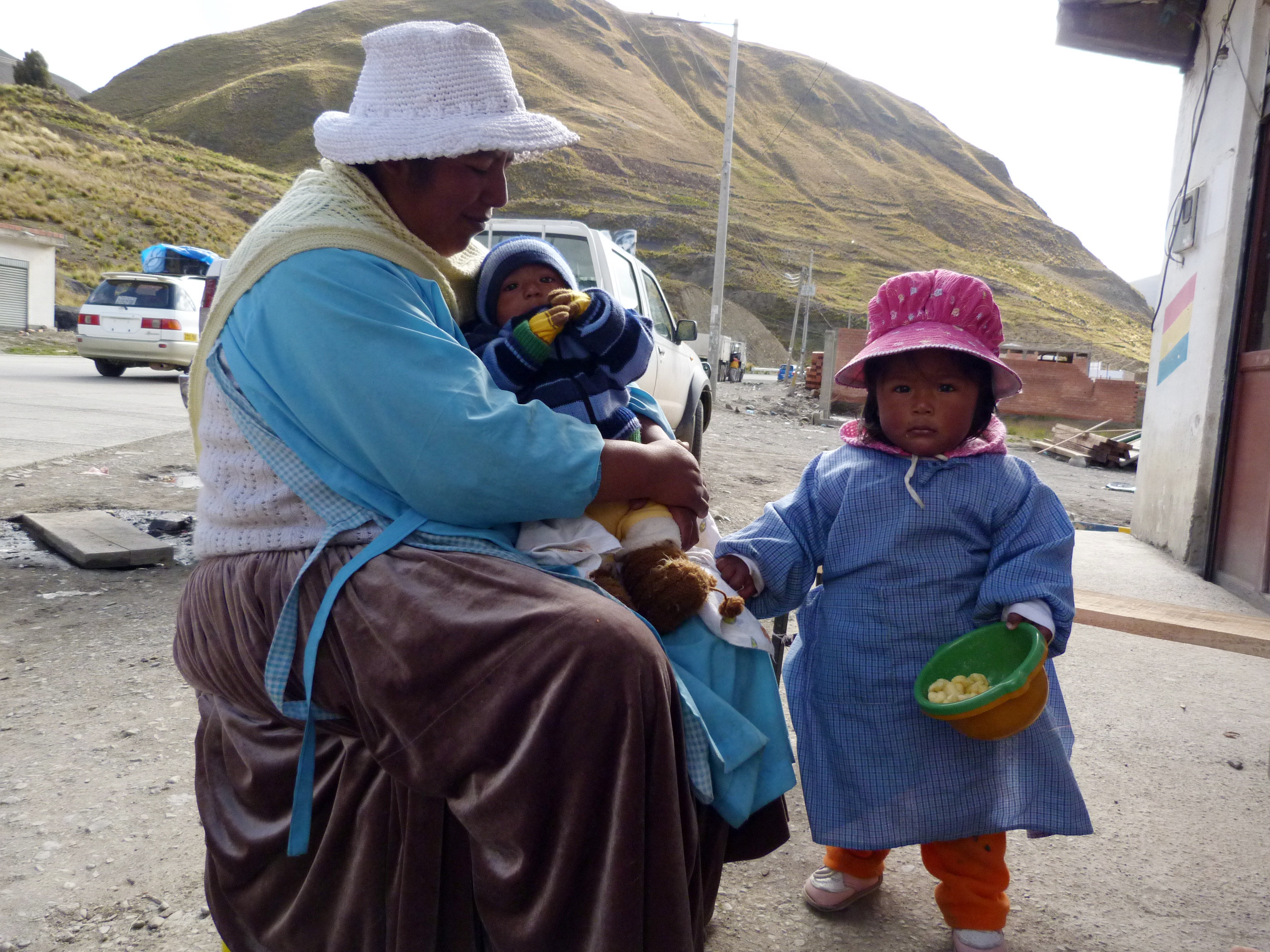 A family in Bolivia. Copyright: Aid to the Church in Need.

A continuing challenge faced by the Church in its work is the unceasing growth of the suburban townships surrounding the major cities. As a result of the poverty in rural areas, people are moving in masses to the cities in search of the hoped-for employment opportunities of life in the big cities. This is a phenomenon in most of the countries of the continent, as for example in Peru, where Catholics make up 76% of the population, by far the largest religious community in the country, but where at the same time the rural exodus is continuing at a growing pace. Many mainly young Peruvians are moving into the towns and suburban townships, where they face dangers such as drug addiction, loss of their cultural roots and breakup of their family ties.

This migration into the cities is continuing unceasingly, and the consequent population growth represents a major challenge for the Catholic Church, which is obliged to establish new parishes in order to continue being close to the people. Yet at the same time it is impossible to grow at the same speed, for sheer lack of financial resources. Nevertheless, this spiritual support is crucial for many people, since the Church is often the last refuge of hope for them in this new situation. “If the urbanisation is so rapid that the Church is unable to build a place of worship in the beginning, then undoubtedly it will be still more difficult afterwards to provide the people with a place to practice their faith,” explains Rafael D’Aqui. 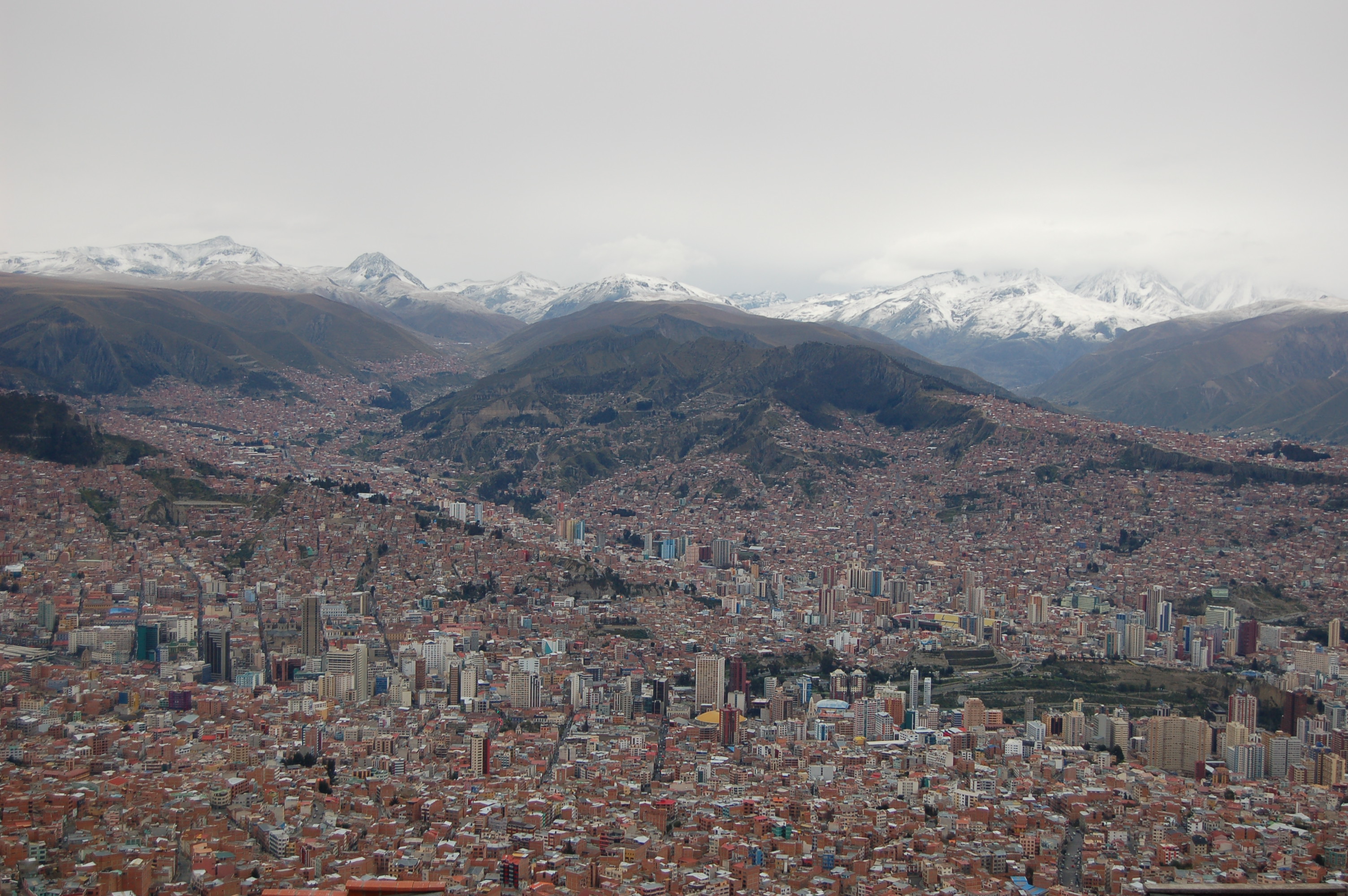 Another serious consequence of the rapid growth of Catholics in the large cities on the continent, is the lack of priests and catechists to minister to them. In Bolivia approximately 80% of the country’s 11 million population are Catholics, but ministering to these Catholics is an extremely complex and difficult task in the big cities, where the population has grown so rapidly as a result of the rural exodus. “The capital La Paz, for example, which is situated high in the Andes at an altitude of almost 12,000 feet (3600 m), had a population of 766,468 in 2012. But now it has over 1 million inhabitants, owing to the influx of people from the indigenous villages in the rural areas. There is an urgent need for more priests, and for this reason ACN is very much open to the requests from the dioceses affected, in particular for the formation of future priests”, Rafael D’Aqui explains.

Another major problem for evangelization is the sheer geographical scale of the dioceses in many countries of the Latin American continent. One such example is the diocese of Óbidos in the Amazon region of Brazil, which has an area of over 71,000 square miles (182,000 km²), or approximately twice the size of Portugal. With seven parishes and four mission zones, only one of them is accessible by road from the city of Óbidos. This is just one example of the kind of vast distances and huge areas, often covered by dense rainforest, that are faced in the Amazon region. Road transport is extremely difficult and in most cases the only means of transport is by riverboat.

The Amazon region is a focus of great international interest, but only for its commercial value and not for any religious or ethical perspective. It is an area in great need: of evangelization, of values. “It is the power of the Gospel that affirms true human dignity. The Church, with its mother’s love, is concerned for the human person. This is an area where there is great poverty, despite the presence of vast natural resources. We need to protect the indigenous peoples and accompany them in their faith, while respecting their customs, languages and values…”, says D’Aqui.

The region has immense resources, but the local people are extremely poor. The Church plays a key role in helping the poorest and forgotten ones. ACN is helping by providing vital transport for the missionaries in the region, and even helping with fuel costs, since many of the local communities cannot afford as much. The charity is supporting the indigenous communities and fostering the vocations apostolate. “There are young people from indigenous families who are keen to offer their lives as priests, but who need the support of our benefactors to fund their training,” adds Rafael D’Aqui. 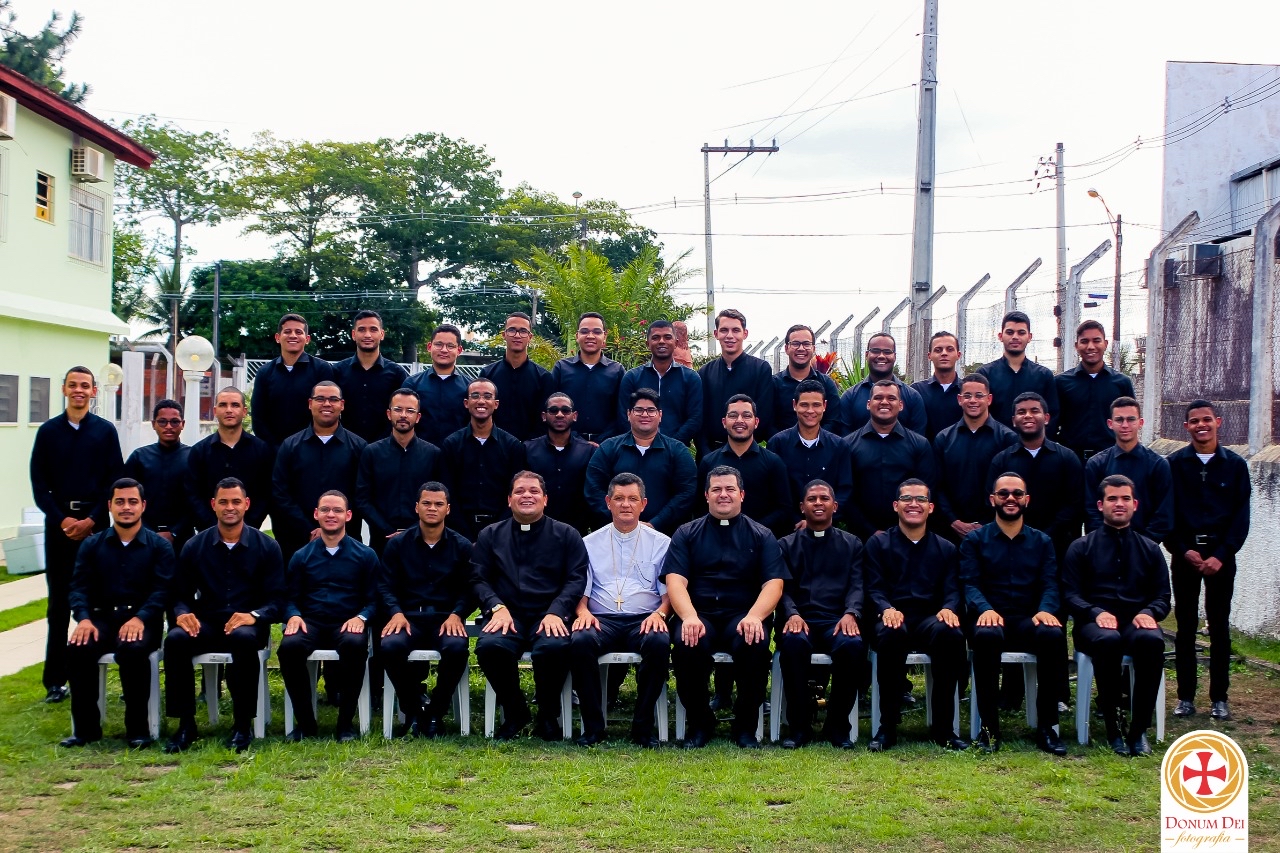 Formation of seminarians in Brazil. Copyright: Aid to the Church in Need.

The shortage of priests and the thinly spread presence of the Catholic Church on the ground has made it possible for various aggressive evangelical groups and sects to spread widely across the continent. These sects take advantage of the people’s lack of spiritual formation and knowledge of the Catholic faith. And without the support of the Church, the people are looking for the next best thing and often end up joining these sects, which are more easily accessible. The political corruption, unemployment, economic crisis and destruction of the environment are leading many of the faithful to succumb to the false promises of salvation offered by the sects.

In order to combat the growth of these sects, it is important to promote the family and Christian education. “Families play a vital role in the transmission of the faith and the care of the community. They support other families, care for the elderly and so forth. When the family is broken, these values are lost and a vacuum created that is often occupied by the sects, which offer an alternative sense of “family,” a sense of being “someone” and the recognition of their dignity.”

The Church in Latin America is a pillar for the rest of the world, and many missionaries in Europe and Africa are the result of the generous commitment of many of the vocations forged on this continent. But it is also important to support the Church here in facing its own great challenges. This is why ACN International prioritises support for the training of priests, seminarians and religious sisters, so that the people will not be left like a flock without a shepherd, but instead this vast Catholic community will be a future hope for the entire world.