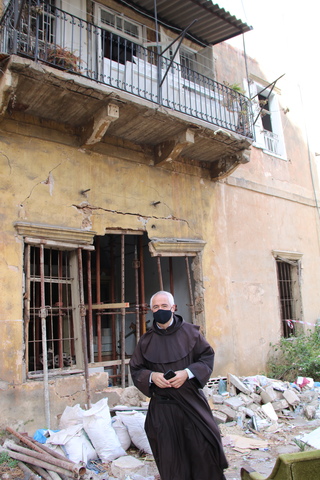 Maria Lozano, head of press and information at the charity’s international headquarters, spoke to Father Raymond Abdo, the provincial of the discalced Carmelite Fathers in Lebanon, to find out more about the life of the Christians in this country.

Lebanon is the country with the highest proportion of Christians in the Middle East. The international Catholic pastoral charity and pontifical foundation ACN has just announced an aid package of 8 million AUD for the reconstruction of the country following the terrible explosion in the capital of Beirut on 4 August 2020. 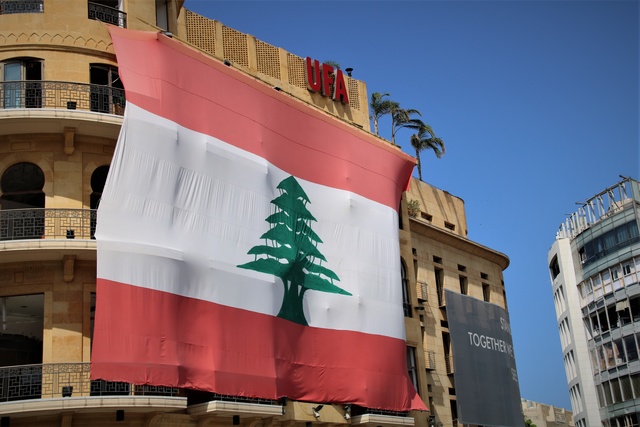 María Lozano: The national flag of Lebanon features the Lebanon cedar. Why was this symbol chosen to represent the country?

Father Raymond: The Cedars of Lebanon were the trees used by Solomon to build the temple of God since Cedarwood has a perfume that is similar to incense. It is a tree that can live for up to 2000 years, and thus it is a symbol of eternity. That is why Lebanon chose its cedar tree as the symbol of its enduring existence.

People often think that the Middle East mostly consists of Muslims. Yet after the Second World War, the majority of the population of Lebanon was still Christian. We know that this proportion has diminished, but Christianity is still an important presence in the country, is that not so?

Yes. Lebanon is Holy Land because Jesus walked in Lebanon. The word Lebanon is found 72 times in the Bible. The demographic changes of the present time should not be allowed to downplay this reality. Lebanon is Christian on account of its roots in Jesus Christ. Today there is a political line taken by Hezbollah, which maintains falsely that the land of Lebanon was Muslim; they even want to create an Islamic republic in Lebanon. The demographic changes must not be allowed to undermine the importance of the existence of these Christian communities, not only here but also in Iraq and in other countries. Whether large or small, these communities express the continuity of the era of Christ, right up to our own times. The significance of the Christians of Lebanon is not merely one of numerical importance. The numbers may change greatly, but the essence of this Church is very important and symbolic.

What is the origin of Christianity in Lebanon?

The communities of believers date back to the era of the Apostles, even though at times there have also been divisions between those who now call themselves Orthodox or Catholic; for example, there are Syrian Catholics and Syrian Orthodox, and some are united with Rome and others are not…

Lebanese Christianity’s origins date back to the time of Jesus Christ. Today the largest Christian Church in Lebanon is the Maronite Church, which is small in worldwide terms, but a majority within the country. This Church came into being with Saint Maron in the fourth and fifth centuries. The Maronite community lived originally in Syria, in a region that was close to Lebanon, but in the eighth and ninth centuries, they sought peace and security in Lebanon, fleeing from the persecutions of the Jacobites. Ever since then there has been a Maronite community which is distinguished by its identity of very strong fidelity to Rome and to the Pope.

Because the Maronite Church never broke away and was always faithful to Rome, is that not so?

It is the only Church that has never been divided in two. Maronite means as much as Roman Catholic, even though it is called Maronite of the eastern Syriac rite because it uses the Syriac language. It suffered great persecutions, and during the seventh, eighth and ninth centuries lived totally hidden and isolated in the mountains, before finally being able to emerge into the light during the 11th century.

Lebanon’s population is around 6 million, of which 4 are Lebanese, but there are an estimated 12 million Lebanese living outside Lebanon itself. There are large Lebanese communities, for example living in Latin America and the United States. What kind of numbers are we talking about?

In Brazil, there are almost 6 million Lebanese. This is the largest community of Lebanese origin. There is also a large community in Argentina, and in Mexico, Chile and all the countries of Latin America; however the majority are in Brazil. In the United States, there are over 2 million. The Maronite Church is a church with its own proper structure and legislation – a sui juris church, with its own patriarch, bishops and parishes throughout the world. There are hundreds of Maronite parishes all over the world, to my knowledge almost 90 of them in the United States alone.

Many Lebanese have been forced to leave their country. Is this in some way an indication of how much this country has suffered? These immigrations were not always for economic reasons; many of them happened because the Church was greatly persecuted, did they not?

Yes, apart from the persecutions I mentioned in the earliest centuries, there were many acts of genocide against Christians, including before the First World War. The most important of these were those by the Druze against the Christians in 1840 and in 1860. That was under Turkish rule. I’m not speaking about the politics, I am only speaking about Christ, and these poor people were forced to go, not knowing where to. Wherever the ships docked, that was where they disembarked. Initially, most went to Argentina, then Brazil and the United States. After the First and Second World Wars, many people continued to travel to these countries, that is why you now have this great community in Brazil, and others in Europe and Australia… We now have 12 million in this diaspora. I believe that when the Lord asked these people to leave Lebanon, it was to bear witness, to take with them the word of God, their experience of Christ.

Lebanon has been obliged to see itself bled dry by emigration, but at the same time, it has also welcomed many people who themselves have fled from wars and religious persecutions – for example, the Armenians in 1915.

Nobody likes to talk about that horrible genocide. But it is true, some of them came to Lebanon and they are now Lebanese, from now on they are an integral part of our country. That’s why we are also grieving so greatly at what is happening right now in Armenia because it reminds us of the Ottoman era. After them, it was the Palestinians who came, after the war in Israel, because they were fleeing or being expelled from the country. To this day there are still at least ten Palestinian refugee camps in Lebanon. They have their own law, they are protected, they have their own particular legislation within the country, but they are contributing to the destabilisation of Lebanon because there are also terrorists among them who have sought refuge in these camps. 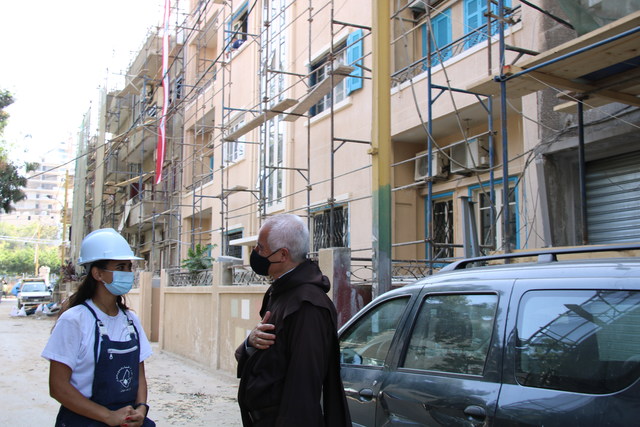 After that, it was the Syrians and the Iraqis, owing to the invasion by the Islamic State in Iraq and the war in Syria. This has also destabilised the status quo that existed within Lebanon. Is this also partly to blame for the conflicts that the country is now suffering?

The economic situation is very critical, and the infrastructure of the country cannot support so many people. For example, we can’t have electricity all day, because there is not enough to supply everyone. The consumption of electricity alone is an enormous expense, and there are many other things as well. The infrastructure of the country is very limited and the population very numerous. This is the cause of the economic crisis, the very serious problems of a social nature and the political tensions that will lead nobody knows where. Now the situation has been made still worse on account of the coronavirus crisis, and because we feel the lack of security within the country.

Credit to all photos: Aid to the Chruch in Need.