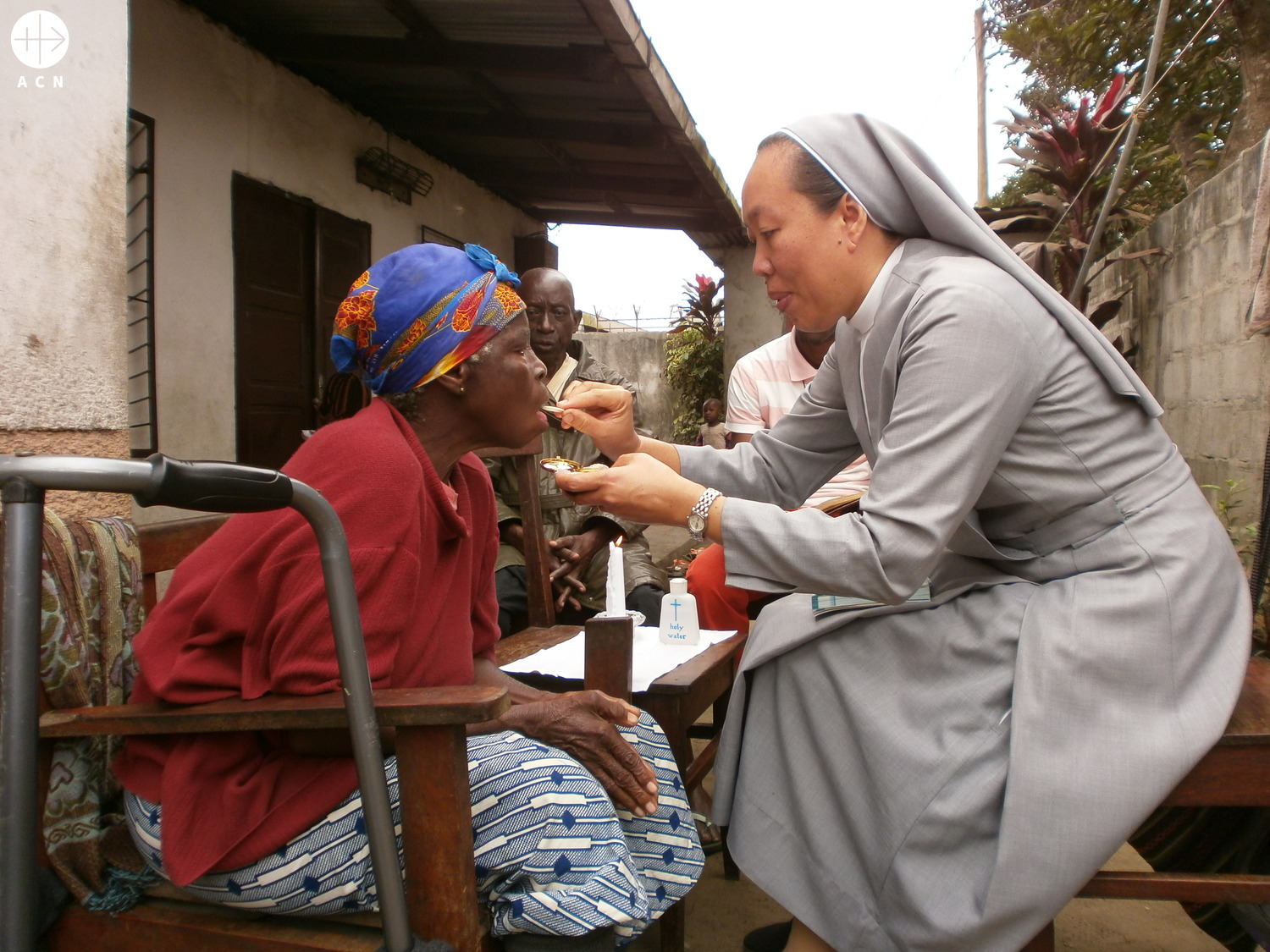 “The faith is the most precious treasure”

The international ecclesiastical assistant of ACN talks about the focus areas of the charity.

5 September, the day commemorating the death of Saint Teresa of Calcutta, is the International Day of Charity. This international day was declared by the United Nations to raise awareness of the many different kinds of helpers as well as the aid being provided to ease the many hardships faced by humanity. The international Catholic pastoral charity Aid to the Church Need (ACN) has chosen as its mission to alleviate spiritual and material needs worldwide and to bring God's salvation to the world through evangelisation. Volker Niggewöhner spoke with Father Martin Barta, ACN’s International Spiritual Assistant, about the focus areas of the charitable foundation’s work.

ACN: Father Martin, why is it sometimes easier to raise support for relief campaigns in the social welfare sector – also within the spectrum of services offered by the church – than for pastoral care emergencies?

Father Martin Barta: We often view human beings only as corporeal, cultural, social or economic entities, but not as spiritual beings. There is a lack of awareness that men and women are created by God and for God. A holistic conception of humanity is missing.

Can you give us concrete examples of how this approach is being taken in ACN’s project work? What does a project application have to include so that it will be approved by the charity?

A concern for human beings, both their physical and spiritual well-being, has to be at the heart of a project. It is written in the Gospels that “Humankind shall not live by bread alone, but by every word that proceeds from the mouth of God.” (Matt 4:4). The spiritual, the divine, are the first riches of humankind. You can’t first solve the socio-economic problems and then begin approaching people about the spiritual. Human, economic and social development must go together with the growth of faith and of the Kingdom of God.

ACN generally requires project applications to be submitted with a recommendation by the bishop responsible for the respective region. Why is this so important for you?

For us, the recommendation of a bishop is like a seal of approval that guarantees that the project will be developed and realised in the spirit of the Church. It is not just about what will be done, but also how it will be done. People should feel that whatever they have received comes from a heart that wants to give something of itself to others. Not only because we want to promote them socially and humanely, but also because we are supporting them as brothers and sisters in faith in God´s love. A project should not only fulfil its earthly purpose but also deepen the faith and broaden horizons to embrace the divine.

ACN has very diverse focus areas. Among other things, the charity promotes the training and education of clergy and lay people, supports religious orders, provides pastoral counselling for families and aid for refugees, donates vehicles and is engaged in media communications work. Furthermore, ACN has made a strong commitment to building churches. There are often calls to invest more in “living stones” than in buildings. Why is the construction of churches and chapels so important to ACN?

It is important to invest in “living stones” because human beings are the first temple of the Holy Spirit. However, church buildings are not “dead stones”. One often forgets that God also built a dwelling place for Himself here on Earth. The symbol of a tent is even used in the Old Testament to represent the presence of God in this world. Therefore, a church is not chiefly an initiative of humans, but of God, who comes to us and lives among us. And that is why the church is first and foremost a house of God. It is a living house, with living stones, because the tabernacle is the beating heart of the Church. The church is the place where human beings encounter God. And that is what makes a church unique and different from all other buildings.

Do the faithful in poorer countries understand this better than we who live in affluent Europe?

I would say that one generally finds a more vibrant faith in poorer countries. The people go to church because they know that God is there. This is often evident in outward things, such as when the people do all they can to ensure that the church is beautifully decorated, and that Mass is a true celebration – and that in spite of their poverty. There is also a strong feeling of community. In this unity of faith, it is palpable that we belong to the Lord as one. The word “church” stems from the Greek word kyriakos, which means “belonging to the Lord”. We belong to the Lord: that is the meaning of church.

Which projects are prioritised at ACN?

Top priority is given to countries in which Christians are being directly persecuted or suffering discrimination, in which they are risking their lives to publicly live their faith. The most urgent need of these people is subsistence aid, which is the only thing that makes it possible for them to stay in their countries and bear witness to the Gospel. These are the countries where you will find the most beautiful witnesses of faith.

This reminds me of an incident that an Iraqi priest told me about. Following an attack by the Islamic State on villages on the Nineveh Plain that forced the Christians living there to make their escape in the dark of night and take refuge in a refugee camp, a young boy asked his grandmother, “We have lost everything. Why has God allowed this to happen?” The grandmother answered him, “My boy, what are you saying? We have lost everything, but we have been able to preserve the greatest thing imaginable: our faith in God.” Faith is the most precious treasure we have.

Featured Image: ACN supports the sisters of Paul Chartres of the parish of St. Andrew Kaggwa, Congo who then go out and administer to the faithful. Copyright: Aid to the Church in Need.