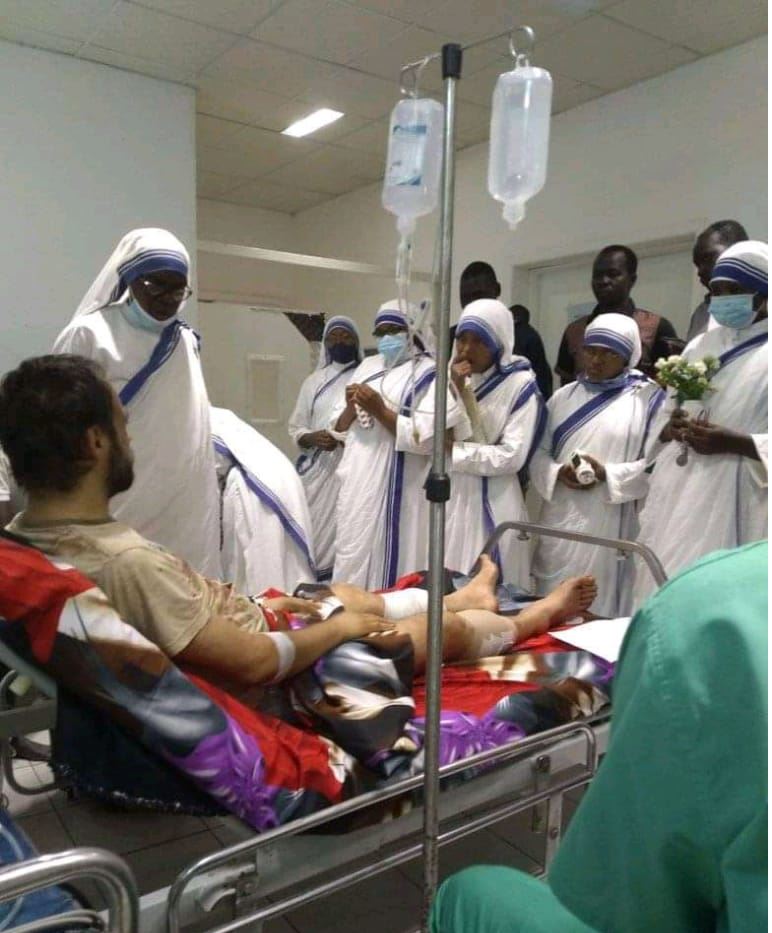 The recently elected bishop of the diocese of Rumbek in South Sudan, Italian priest Christian Carlassare, was shot several times by unknown perpetrators on the night of April 25th-26th, according to several sources of ACN.

The incident occurred late at night and everything indicates that it was a targeted and planned attack against the Comboni missionary who was to be incardinated Bishop of Rumbek on May 23. The future bishop was shot several times in the legs and lost a lot of blood, but his life is not in danger. The diocese of Rumbek, in the centre of the country, had been without a bishop for almost ten years, since July 2011, when Caesar Mazzolari, also an Italian Comboni, passed away.

As reported by the superiors of the Comboni missionaries in Italy, Carlassare himself phoned to inform them that he was stable and told them: "Pray not so much for me, but for the people of Rumbek who are suffering more than me."

Kinga Schierstaedt, project manager for South Sudan at ACN, explains that "years of armed conflict have made the South Sudanese increasingly vulnerable." In the requests that ACN receives to help the local church, “they tell us that they suffer from food insecurity and epidemics; not only COVID but also cholera. South Sudan faces insurmountable challenges attributed to civil conflicts, recurring natural disasters such as floods, and economic collapse. Currently, it is the rainy season, and the floods and locusts have further worsened the living conditions of millions of the South Sudanese people,” she says.

In South Sudan, several tribes coexist, which historically have always fought over livestock, a symbol of wealth. The terrible wars and conflicts that the country has suffered have traumatized the population.

The motives for the attack are still being investigated. Although the faithful of the diocese joyfully celebrated the arrival of the new pastor, ethnic animosity is considered one of the possible reasons behind the attack. Bishop Carlassare had been working as a missionary in the neighbouring region of Malakal for several years. The majority of Rumbek's population belongs to the Dinka ethnic group, one of the largest ethnic groups in the country, which is in conflict with other rival herder groups, who have competed in the past for grazing land and water for their livestock. These clashes have generally occurred in a local context.

However, Kinga Schierstaedt recalls that "despite the challenges, the church has been proactive in building bridges amongst ethnic groups, promoting socio-economic development and providing humanitarian assistance to the suffering population."

Asking for prayers for the priest's speedy recovery, Schierstaedt concludes: “This attack fills us with pain, but we must keep moving forward. We recently celebrated the feast of the Good Shepherd who gives everything to go and find the lost sheep. The appointment of Bishop Carlassare had brought much hope to the diocese. The priests, religious and laity of Rumbek have many dreams and plans. We must support them more than ever so that they do not feel alone. "