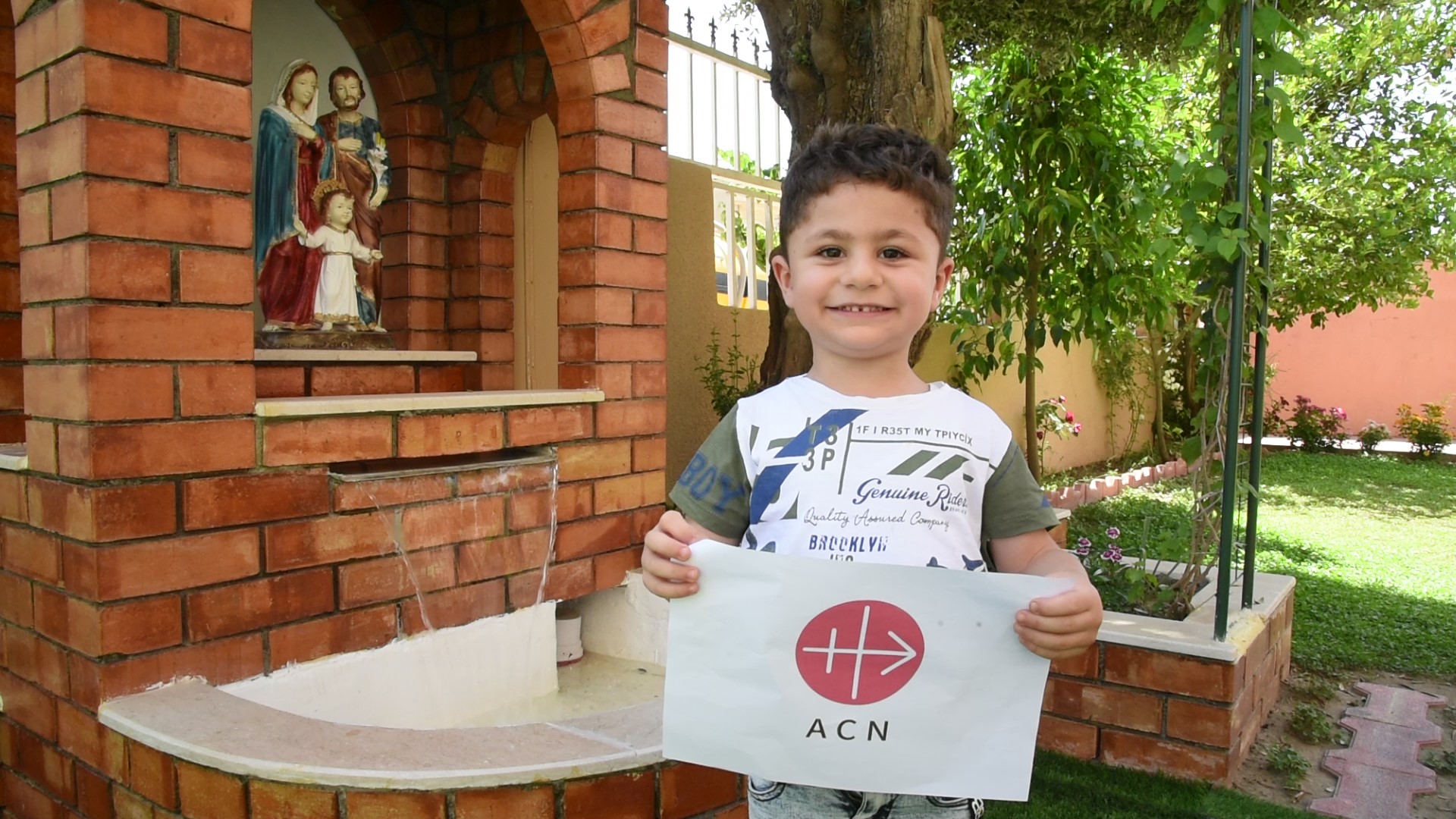 How ACN is backing the family and the future of the children of Baghdeda (Qaraqosh).

The little children of the Holy Family Nursery in the Christian town of Baghdeda, some 25 km from Mosul in northern Iraq, smile broadly as they tell us happily what they want to be when they grow up. Abanoub and Andrian want to be engineers, little Mekel dreams of being a doctor and Rozalina would like to become a religious sister. They all attend the Holy Family Nursery next to the convent of the Ephrem Sisters, named after a Mesopotamian saint of the third and fourth centuries who is particularly important for Eastern Christianity.

The nursery the children attend looks like so many others around the world, but it has a somewhat different history. For it was destroyed by the rebels of Islamic State (IS) when they seized control of the town from 2014 to 2016. Overnight the people were forced to flee, and the building was subjected to the standard treatment by the Daesh militants: walls defaced, furniture and fittings ripped out and stolen, roofs smashed, ceilings torn down and electric wiring stripped out. Later, during the fighting to eject the jihadist rebels, the roof took a hit from a mortar and the walls were riddled with machine-gun fire. A rocket propelled grenade also hit the wall of the balcony overlooking the street. 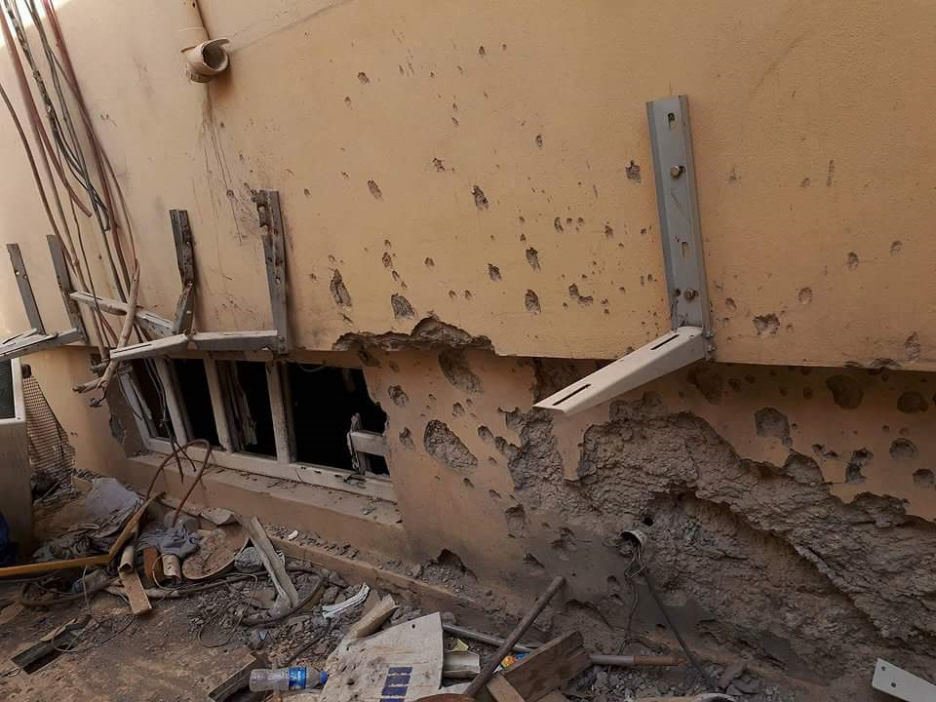 With that in mind, it is something of a miracle now to see these children and the rebirth of a community that had all but given up hope. Mekel, Abanoub, Andria and other children from Baghdeda can now sing and play again in a nursery decorated with pictures from Mickey Mouse, Crazy Bird, the Smurfs and Frozen… It’s difficult to imagine how these cheerful and harmless cartoon images were oversprayed with aerosol paint by the jihadists, partly perhaps because of their Western associations, or maybe because they clashed with Islamic beliefs about the depiction of human images.

In 2017, not long after the IS fighters were ejected from their occupation of Baghdeda, the Christian families began to return. And immediately, despite the fact that everything had been destroyed, two of the sisters began working again in the nursery with the first four children to arrive. Since then almost half of the families have returned to the town and the number of children wanting to enrol at the nursery is growing steadily. There are now 47 children, but there is enough space still to accept up to 80. The youngest child is just six months and the oldest is five. Thanks to the help from ACN and other organisations, two floors of the nursery have now been fully restored, one of them containing the creche for the youngest children.

Sabrin Thamer is one of the mothers bringing her little boy to the nursery. “I’m very happy that I have have come back to Baghdeda and that our children can now attend the nursery again,” she says. “We give thanks to God for all those who have worked so hard and contributed to its reconstruction. In doing so they have helped to give our children the possibility of getting an education again.” Like most of the families here, Sabrin speaks a dialect of Aramaic.

Muna Mekhael also brings her little daughter to the nursery, “so that she can learn and have a better future. This nursery is an important place for the children to develop their personalities,” she explains. And the truth is that in spite of the tragedy and the trauma they’ve been through, the Christian families really want to rebuild their lives here – and the children are the clearest sign of this future, which at one point they didn’t dare believe in. 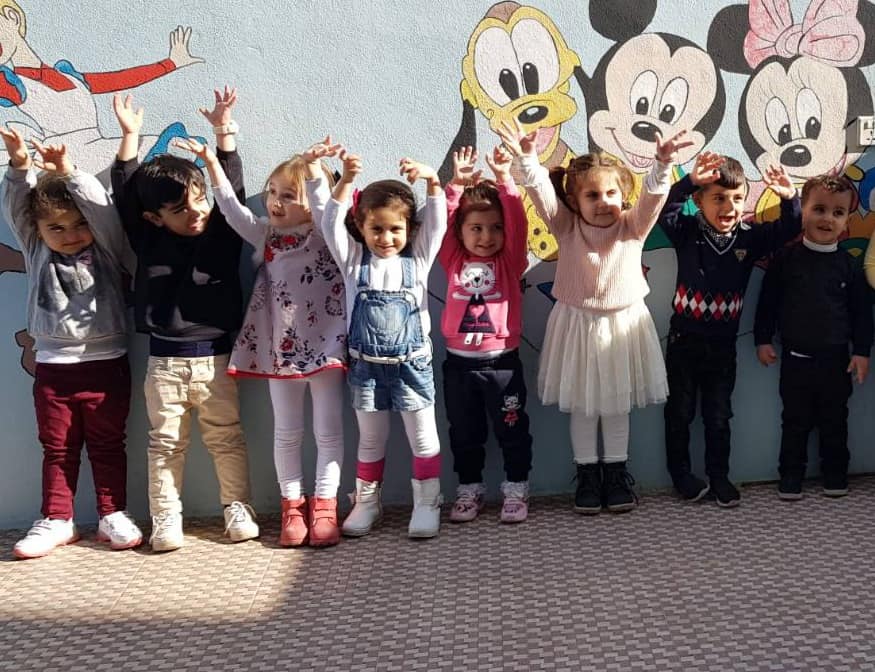 Sister Mariam Yako runs the nursery, together with another sister and supported by a team of six other people. “We are grateful to ACN for its support and contribution to the Holy Family Nursery here in Baghdeda/ Qaraqosh, and to everyone who has given money to help this centre, which is vital to the children so that they can develop by interacting together and working together with one another.”

The great majority of the people of Baghdeda are of East Syrian origin and over 90% of them are Catholics. The Saint Efrem Sisters and the nursery are a major contribution to safeguarding the sense of security of these families, who will be forced to emigrate if they can’t find work or the necessary infrastructure for their families. Owing to the Isis invasion, their expulsion and the subsequent return of the Christians, the families are now different in structure. They are generally smaller and don’t always have the support of grandparents or uncles and aunts as before, so it is important that a lack of space in the local nursery should not put limitations on them having children or remaining in the town.

Many of the children at the nursery were born as refugees, homeless and displaced. Sister Mariam is convinced that the nursery is a key factor in overcoming the trauma suffered by these families. “They will grow up and later be a generation that is aware and ready to support one another, and this is especially important, given the circumstances that every one of these children had to live through before we could return and open this nursery.”

ACN has supported the reconstruction of Baghdeda (Qaraqosh) with many different projects aimed at helping the Christian families to return, following the Islamist invasion by IS. In some of its projects the charity has facilitated other aspects of the education of the children in the Niniveh plains region, including the rebuilding of five kindergartens, a nursery and two schools, at a total cost of over 3.6 million AUD.

All images related to the construction of the damaged Holy Family Ephremite nursery in Qaraqosh. All images: Copyright: Aid to the Church in Need.