Pope Francis is due to visit Iraq from 5 – 8 March this year.

One of the places on his proposed route is the town of Qaraqosh – or Baghdeda, as it is known to the Christians – some 25 miles (32 km) to the east of Mosul. Prior to the invasion by the so-called Islamic State (IS) it was the most populous Christian city in Iraq. Today, since the region was reconquered by the Iraqi forces and their allies in October 2016, tens of thousands of displaced Christians have returned to their former homes. According to the latest information published by the international Catholic pastoral charity and pontifical foundation Aid to the Church in Need (ACN International), which helped in the repair and rebuilding of these houses, some 43% of the Christian families who formerly lived in Baghdeda prior to the IS invasion have since returned. ACN spoke to three Christians involved in the reconstruction work in the city and asked them what they were hoping for from the Pope’s visit. 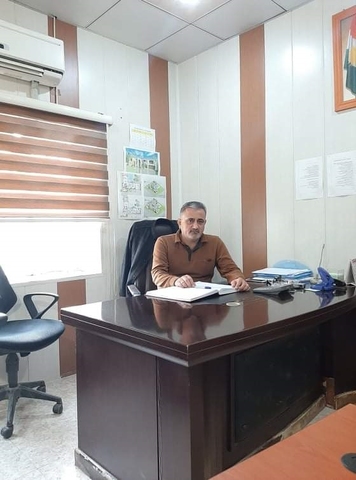 Engineer Rooney Baqtar (42) in his office in Qaraqosh/ Baghdeda. Copyright: Aid to the Church in Need.

What does this visit mean to you?
This visit has a moral value rather than an economic one. This is a topic that will engage public opinion around the world and especially in Iraq. I feel as though I have an important part to play in it.

What would you like to say to the Holy Father?
It would be wonderful to be able to meet him, and I would like to be able to say to him, “We need international protection because our Christian community was forcibly displaced.”

What would you like to show him in Qaraqosh/ Baghdeda? What places should he visit?
I would like to be able to show him the churches and houses that were burnt out so that he could see the destruction left behind by IS in this city. And also our Baghdeda Heritage Museum, so that we can show him our history and culture.

What does the visit mean to you?
The papal visit is the thing we have longed for most of all here. It will be a great blessing. We have a great yearning to see him. What gives added importance to this visit is the so very vulnerable situation that we are suffering as Christians in Iraq. There are many reasons for this vulnerability, including the aftermath of what IS left behind, the enormous destruction which has led in such large measure to the emigration of the Christians. There are many problems weighing on us. But when he comes to visit us, he will give us new hope and confidence and some relief from this burden. In addition, there is the fact that the security situation in Iraq, and especially the political situation, is so unstable, so we are hoping that when the Pope does arrive they will guarantee his security in the way that they should.

What would you like to say to the Holy Father?
I would like to ask him to give me his blessing, to bless my ministry and the hard work of all the priests here, and also to bless all the people through his prayers. I would ask him to help all those in danger in this country, whether they are Christians or Muslims. And that he might strive to encourage the countries of the world to support this nation, which is truly in need.

What would you like to show him in Qaraqosh/ Baghdeda? What places ought he to visit?
I would love him to visit the Al-Tahira church because it is a symbol and a rich cultural legacy of Baghdeda. This church is the mother, the home and the inheritance of every one of the inhabitants of Baghdeda. Our forefathers built this church, and we all feel we are a part of it. Of course, we would be happy for him to visit many different places – churches, monasteries and traditional homes – and also for him to be able to meet all the many people who are longing to see him.

Fadi Saqat, 27, coordinator of ACN’s projects in the Niniveh Plains: 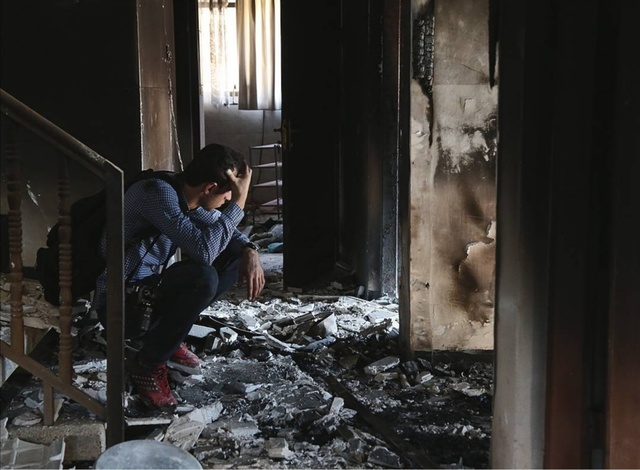 What does the Pope’s visit mean to you?
The papal visit will lift up our spirits and morale more than anything else. All the eyes of the world will be on Baghdeda. And in this way, the world will know what happened to this city. The terrible destruction and the forcible ethnic cleansing. It will also be a good thing if afterwards, we get more support and help. This visit is really important to us, to those of us who are living here, especially after the massive ethnic cleansing and expulsion of so many of us. His visit means that we are not alone and that there are people who are praying for us. This will give us fresh hope and encourage us to persevere, here on our own soil, and not leave it.

What would you like to say to the Holy Father?
If I get the opportunity to meet him, I would like to be able to thank him for his visit, which has made us very happy, and for his prayers. I would also like to thank him for all he has done to help us in recent times. I have not forgotten his great gesture of solidarity in auctioning the Lamborghini in order to use the money to help pay for the reconstruction of our homes on the Niniveh plains. I would also like to ask him to continue praying for us and for peace to return to Iraq.

What would you like to show him in Qaraqosh/ Baghdeda? Which places should he visit?
I would like to show him our historic Al-Tahira church, and some photos of Baghdeda. I’d like him to be able to see how it was destroyed by IS and how the people here have worked so hard recently to rebuild it once more.

Currently, ACN has many ongoing projects for reconstruction work and pastoral support for the local churches of the various different Christian rites in Iraq.