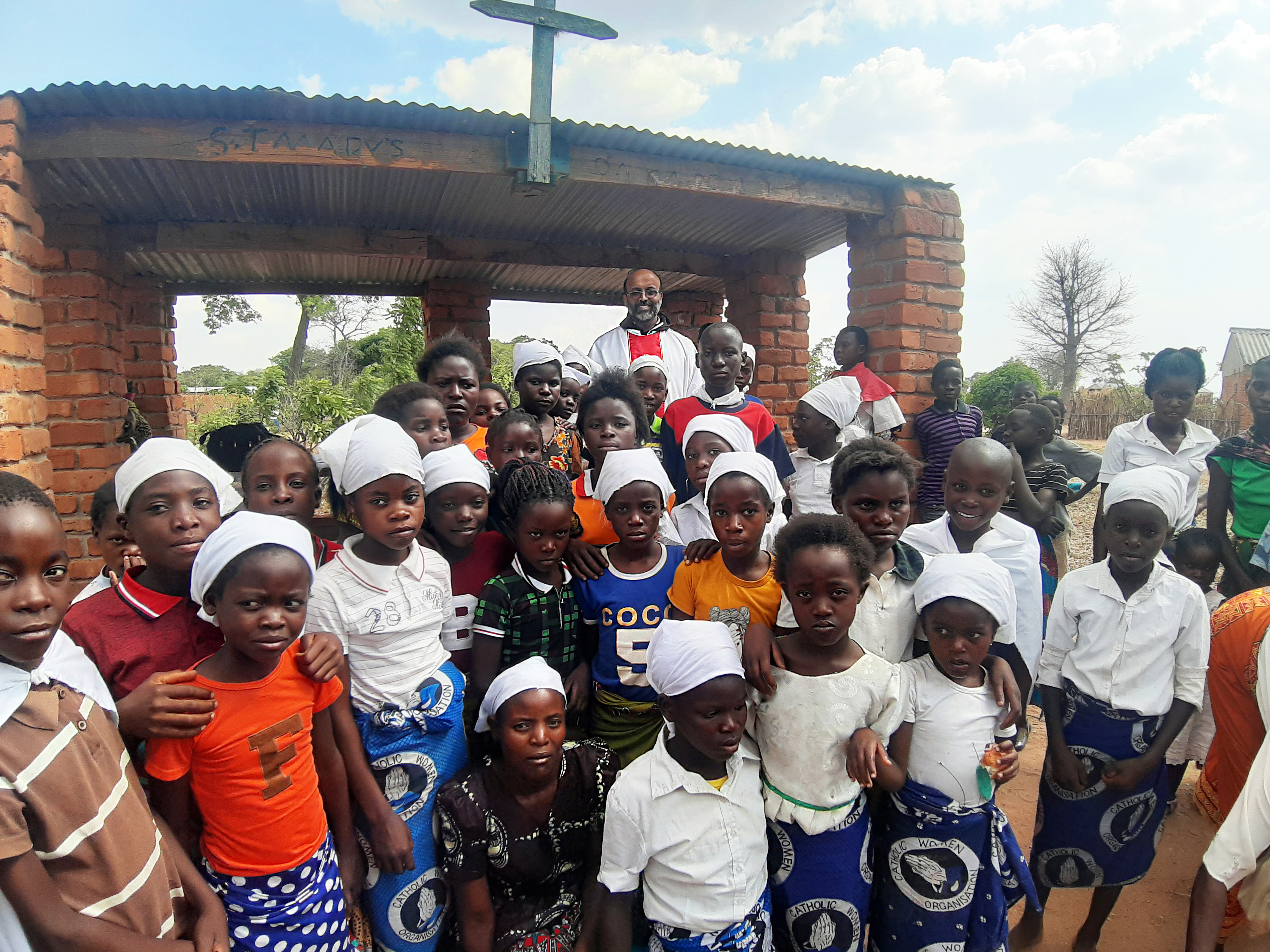 The seed of Thomas the Apostle bears fruit: missionaries from India serve in Africa

When Catholics hear the words “India” and “missionaries,” the first thing that probably comes to mind are images of missionaries from Europe working on the subcontinent. But times have changed: the Church in India, which, according to tradition, was brought there by Thomas the Apostle, has developed into a new centre of religious vocations. Today, missionaries from India are being sent to serve all over the world – most of them to Europe, but some also to the African continent.

The Carmelites from the province of Manjummel in India are one such example. In response to a request from the local bishop of Chipata, four friars were sent to Zambia in 2014 to begin the work of the mission. One year later, the religious were able to move into their own monastery and in December 2020 a seminary founded by the Order received its first students. A young local man from Chamilala has already begun his priestly formation there. “Thus begins the process of implanting the Order of the Discalced Carmelites deep into Zambian soil,” is the joyful message contained in an official statement issued by the monastery. The international Catholic pastoral charity Aid to the Church in Need (ACN) has supported the missionaries in India from the very beginning.

The pastoral activities being carried out in the region, which is one of the poorest in the country, range from regular Sunday services and catechism classes to locally developed faith formation programmes. Over the past two years, about 500 baptisms have been celebrated; in part, these were made possible by door-to-door evangelisation.

Medical and educational resources are also included in the services provided by the parishes run by the Carmelites. As in most places around the world, the focus is currently on controlling the COVID pandemic. However, many diseases are caused by a lack of access to clean drinking water. In response, the parishes have built their own wells, which supply the inhabitants of the villages with water.

As Friar Jacob Paxy Aumkal explained to ACN, the poor infrastructure also presents a major challenge. According to the head of the mission station, “In the rainy season, the roads are made impassable by the sticky mud. For weeks, we are cut off from the rest of the country.” ACN tries to help in this area as well, for example by donating off-road vehicles for use by the priests to reach their five “outstations” so that they can assist and support the people living there.

“We are full of gratitude when we think about all the people who have done so much to support our mission work,” Friar Jacob Paxy wrote. He explained that since the friars have no source of income the Mass stipends granted by ACN are “the only means of subsistence for our missionaries.”

Friar Jacob Paxy is currently serving alone at the remote mission station in Chamilala. He works up to 19 hours a day – and yet is full of confidence. “We are grateful that God needed us in this mission, to preach to the poor and to assuage their pain. We invite all of you to take part in this mission, either directly or indirectly through active physical or spiritual participation. Those who are in a position to contribute economically to the development of this mission and the realisation of its projects are warmly encouraged to do so. We assure you that God will reward you for any help that you provide to this mission of God.”

Featured Image: Father Jacob Paxy with local children and the youth in Zambia. Copyright: Aid to the Church in Need.