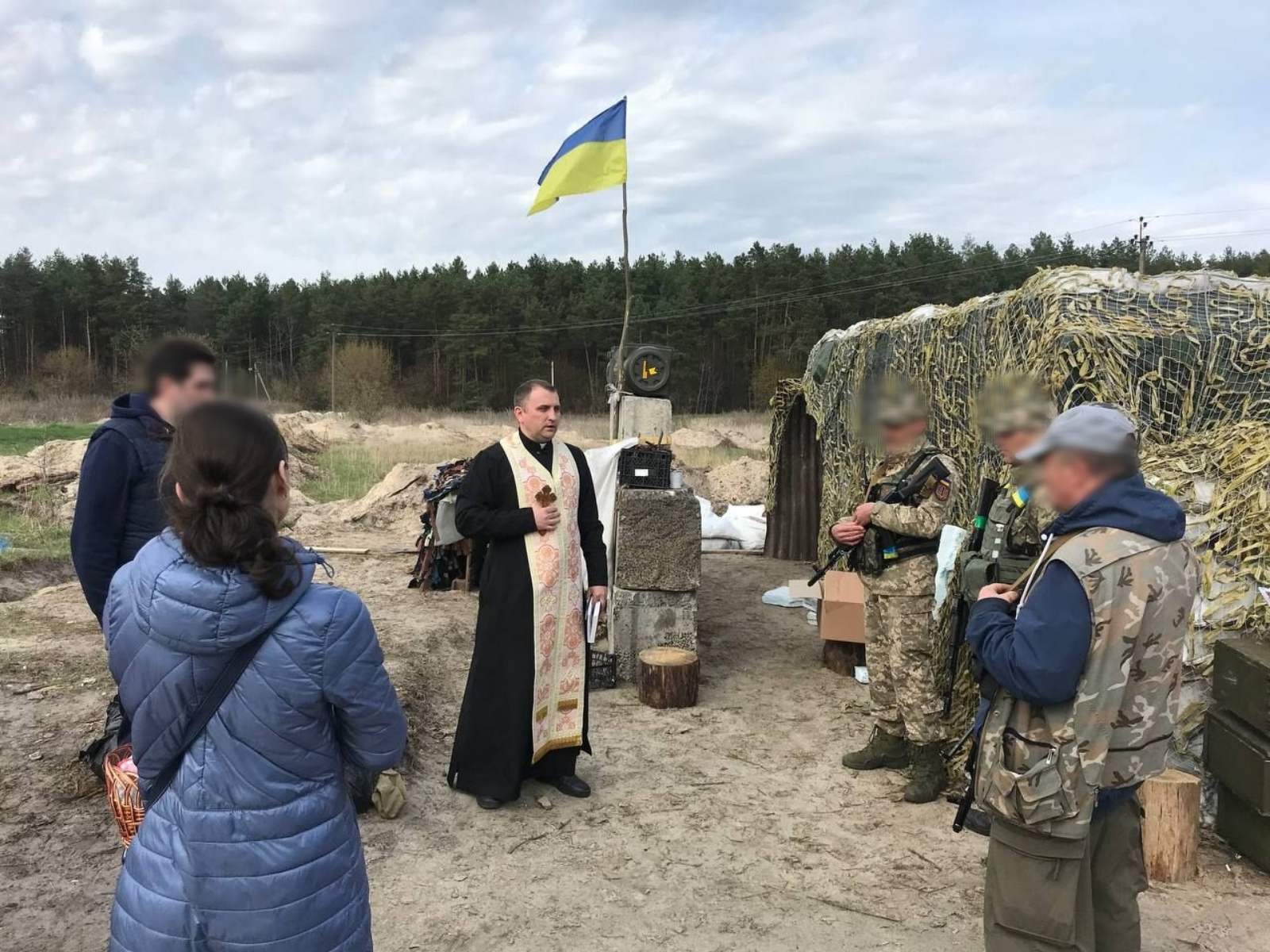 ACN is currently giving more than half a million euros in Mass stipends to support priests in Ukraine who are caring for a population that is besieged and under bombardment.

The stipends support almost 1,900 Catholic priests across the country, including 137 from the Greek Catholic archdiocese in Kyiv. But what is a day in the life of a priest like in the Archdiocese of Kyiv, during the war?

“In our archdiocese priests are on a rota and take turns to serve. I have been back in the capital for two months,” Archpriest Vitaliy Herasymiv, Treasurer of the Archdiocese of Kyiv, tells ACN.

“To begin with I visited people from my parish who had stuck it out here the whole time. Only a few of them stayed in their houses. I brought them food parcels, but also offered them the sacraments, confession and the celebration of the liturgy.”

After the liturgy there is an opportunity for the priest to catch up and chat with the people over tea and coffee. There is much to talk about, and conversation helps heal wounds, and drive away fear.

With the help of Social Services, who have a list of internally displaced people, Fr Vitaliy also organised the distribution of humanitarian aid. He even set up a humanitarian support centre in his parish.

Before Easter, he visited soldiers at checkpoints, which is also part of the work. “We prayed together; we asked God to protect them and to protect Ukraine and prayed for peace in the world. The Ukrainian Greek Catholic auxiliary Bishop Josyf Milyan of the Kyiv Archeparchy also visited soldiers and civilians who had been affected.”

However, the situation in the capital is still tense. “Kyiv remains restless. Some days ago, several missiles struck a residential building. There are serious problems with fuel. Most petrol stations are closed, and at those which are open you can only put in 10 or 20 litres. There are very long queues,” Fr Vitaliy says.

In his diocese all the priests receive help, for example through Mass stipends, he confirms. Many priests also receive humanitarian aid in the parishes.

However, there are still needs to cover and the Archdiocese of Kyiv is now looking for help to purchase cars for its priests. “There are priests who do not have a car, or whose car is in very poor condition. In times of war, it is very important that the priest is mobile and can reach people and provide humanitarian or spiritual help,” he tells ACN.

For now, the priests are busy helping others, but in the future, Fr Vitaliy adds, they too will need support. “Many of them have been under a lot of tension and stress the whole time, and have experienced terrible things. Priests give out to people, but they also must get strength from somewhere,” he says, thoughtfully.

Meanwhile, this war zone priest remains very grateful to ACN donors for their generous support. “In the name of the auxiliary bishop, Josyf Milian, and all the priests of the Archdiocese of Kyiv, I would like to say a heartfelt ‘thank you’ for your financial and prayerful support of our archdiocese during the war. May God reward you.