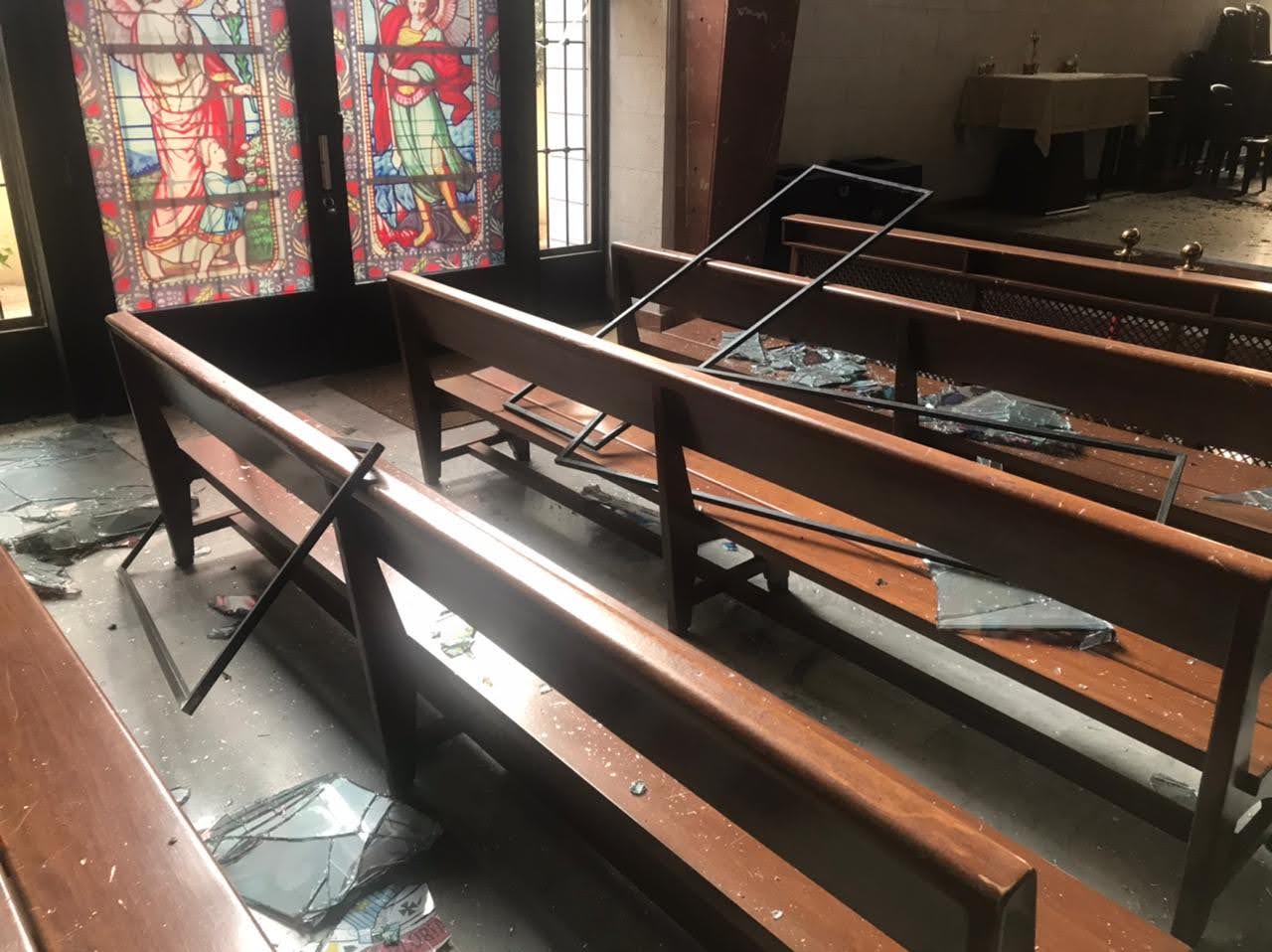 “We were among the dead, and we lived the resurrection”

Lebanese priest pause to remember a turning point in his homeland.

BEIRUT, Lebanon — Exactly 12 months ago, Fr. Marwan Mouawad, 46, was celebrating Mass for a small group of 10 people in a poor neighborhood of Beirut, when he felt the church moving above him. Suspecting an earthquake, he paused his chanting. The electricity cut.

Seconds later, one of the strongest non-nuclear explosions ever recorded ripped through the church. The moment, recorded in a viral video seen by three million people, would change the direction of Lebanon, the Middle East’s most religiously diverse country. An abandoned store of ammonium nitrate at the country’s main port had caught fire and exploded just three kilometers from Fr. Mouawad’s church.

“We looked at the roof and thought it would fall in on us. In that moment, we thought we were going to lose our life. It was divine grace that saved us: it was a sign from God that we didn’t have permission to open the Church for the public in these days because of COVID-19,” he says. In the middle of a raging pandemic, Fr. Mouawad had been instead livestreaming the Mass each day to an audience of around 60 or 70. No one died in the church that day, although an elderly religious sister received a serious injury to her head.

“After the explosion, we left the church and saw broken windows everywhere. We had to move debris to be able to walk in the street. It was like a scene from a war. There were injured people in the street.” With the local hospital overwhelmed by patients, they had to return to the church to treat the sister, who is now recovering. The blast left more than 200 dead and $15B in damage, especially to the largely Christian neighborhoods adjacent to Beirut’s port.

The explosion, however, was a turning point for a country already in peril. “Before the explosion, I had 95 families in my parish that I helped. After the explosion, we now have 520 families in need. Each Thursday, they come to my church for a warm meal from a team of volunteers.”

The crisis has also taken a toll on clergy, especially Lebanon’s many married clergy, who are permitted to marry before being ordained a priest following the tradition of the Maronite Catholic Church.

“As a priest with a family, I am affected by the crisis too. We have stopped eating meat except for once a week, when we will eat chicken. We have cut down our electricity use and only buy fruit once a week. It’s not just to be in solidarity with the people. We really have no more money.”

Aid to the Church in Need (ACN), a pontifical foundation that works with the suffering Church, is supporting many priests in Lebanon with mass stipends, with the goal of helping clergy to better support their parishioners who depend on them. In the Diocese of Antelias, ACN will be supporting 45 priests, including Fr. Mouawad.

In addition to trying to support the people of his parish, Fr. Mouawad encourages his parishioners to speak out against the rampant corruption that has destroyed his homeland: “Christ always defended the dignity of the person. He wants us to challenge the people who have corrupted this country, even the politicians.”

Today, much of the destruction in Beirut is repaired, including the many Church buildings that were damaged in the blast. The economic crisis, however, continues, and most say they will never forget.

“Every time we enter the church,” says Fr. Mouawad, “the memories come back to us. We were among the dead, and we lived the resurrection.”

To watch the video of Fr Mouawad celebrating Mass when the blast occurred click here.

Featured Image: The aftermath of the blast on 4th of August 2020 at Saint Maron-Baouchrieh Church. Photographer: Fr. Mouawad. Copyright: Aid to the Church in Need.