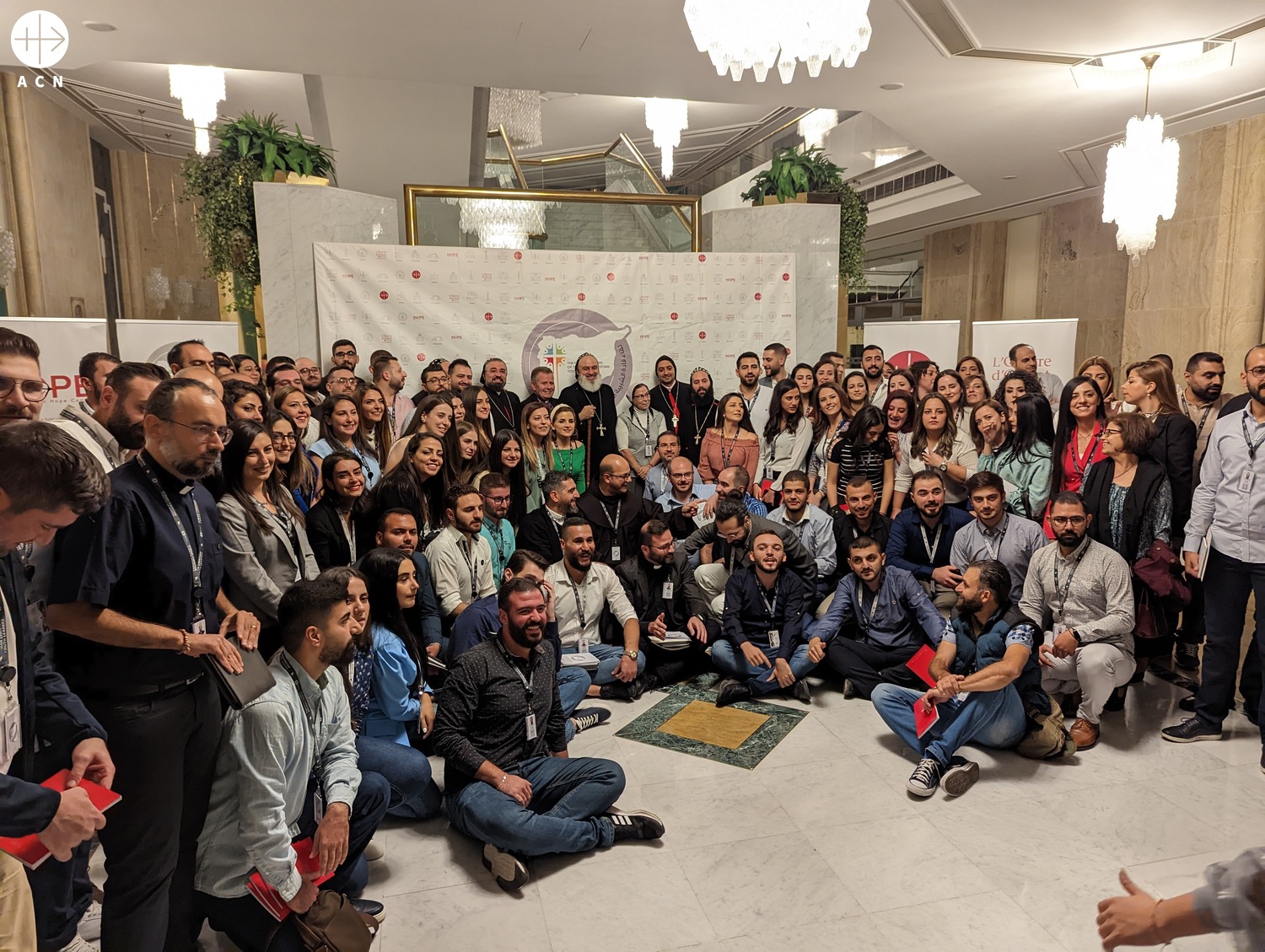 Young Christians from all over Syria hopeful for the future: “I want to stay in my country!”

Before the war, Syria had a vibrant and stable Christian community, but 12 years of conflict and economic crisis forced many to flee.

Over 100 young Christians gathered in Damascus at the end of October for a historical event: the first-ever meeting of Young Christian Leaders in the country, an event organised by The Christian Hope Centre, with the support of international charity Aid to the Church in Need (ACN).

The participants came from all the governorates of Syria and represented the wide variety of Christian rites present in the country that used to have one of the most vibrant and stable Christian communities in the Middle East, before the outbreak of the civil war and subsequent economic crisis that has forced many to flee to other countries. Several members of clergy also participated, including the Apostolic Nuncio to Syria, Cardinal Mario Zenari, and the Syriac Orthodox Patriarch, Ignatius Aphrem II.

The common refrain among the Christians who attended was expressed by Rafik Abboud, from Homs, one of the participants in the event: “I am a Syrian Christian living in Syria, and I want to stay in my country and serve it through my experience and skills.”

This is not an easy choice in a country such as Syria. Mandatory military service for men, which can last up to a decade, a lack of job opportunities and low incomes which make it difficult to start a family, lead many to despair and simply leave, in search of better opportunities.

The meeting included profound moments of prayer and talks, providing a good example of grassroots ecumenism. Jessica Mouwad, a participant who came from Tartus, said she hopes that this conference will be a first step in uniting Christians from different parts of the country. “I am so happy to be at this conference, because we need to activate the role of the Christian youth in the community, to learn how to combine the work in Church and the community, to be united”, she said.

“It was very good to meet people from different governorates and cultural backgrounds. I hope we will have good results, and keep in touch, and for there to be a continuity to this conference.”

One of the highlights was the presentation of practical ideas that arose from the discussions, such as the creation of training centres and job platforms and support for young couples and families. Participants also eagerly listened to testimonies from Christians who deliberately chose to stay and pursue their careers in Syria and have been successful.

Participants left the conference energised and enthusiastic about starting new projects in their home governorates. “These projects will fulfil the community's needs and provide the opportunity for the Syrian Christian youth to stay here, be respected and productive because Christians in Syria and the East are the roots for Christianity in the world”, said Rafik Abboud.