News, Ukraine News 24 Mar 2022
Consoling the suffering and providing shelter for the homeless

The Greek Catholic Basilian monks host the displaced who have lost everything.

Read more
News, Ukraine News 24 Mar 2022
Ukraine:“There is no fear anymore, only the desire to be useful”

From the very beginning of the war, the Archdiocese of Ivano-Frankivsk, in west Ukraine, has been involved in welcoming fleeing women and children, most of whom are coming from major cities such as Kyiv, Kharkhiv, Zaporizhzhia, Dnipro and Odessa. 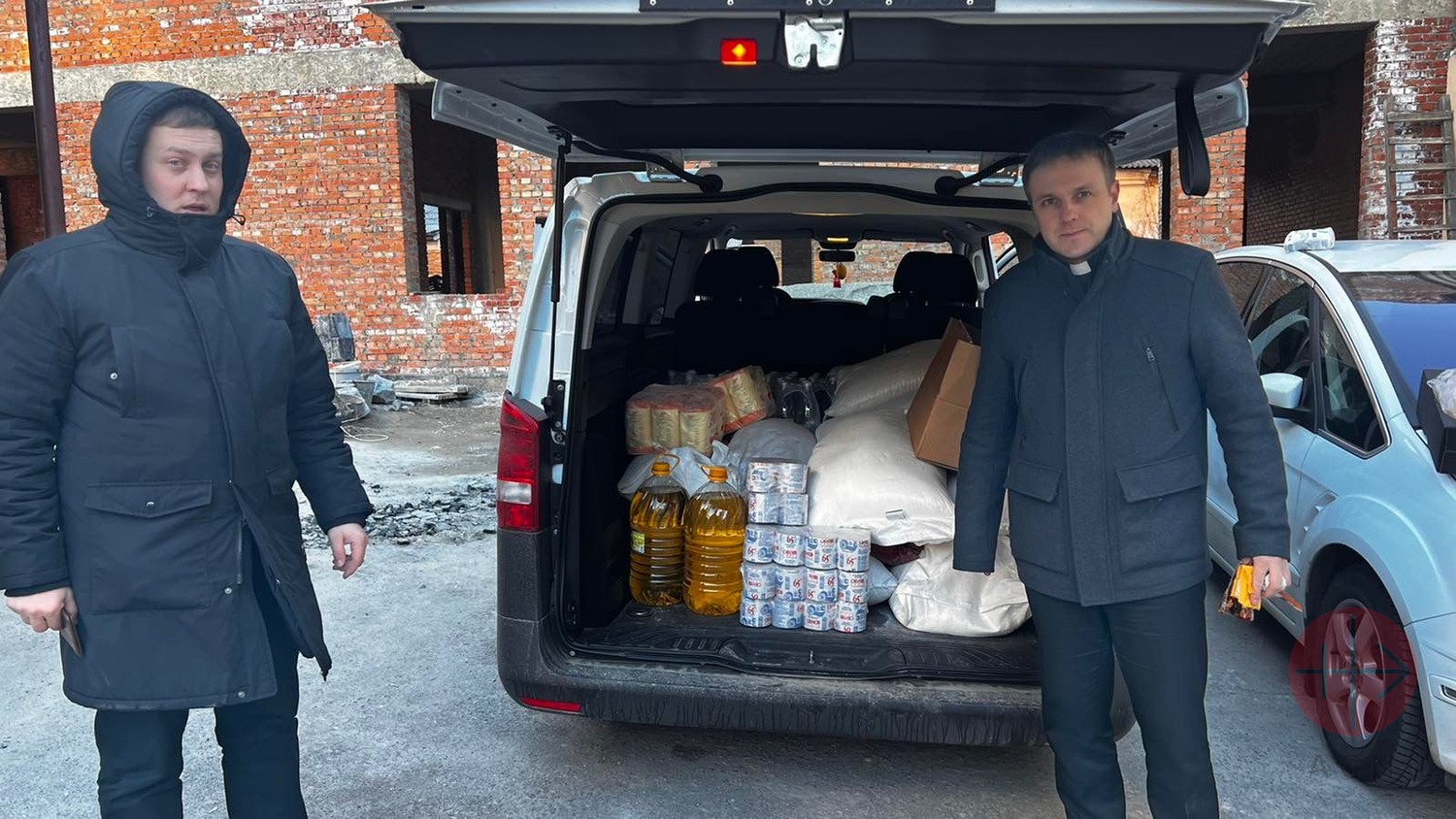 News, Ukraine News 22 Mar 2022
Amid the chaos of war, priests and sisters refuse to leave. “We cannot be anywhere else”

With millions trying to escape Ukraine, some insist on staying behind to help those who cannot flee. Among them are the diocesan workers, volunteers, priests and religious of the Kyiv-Zhytomyr diocese. 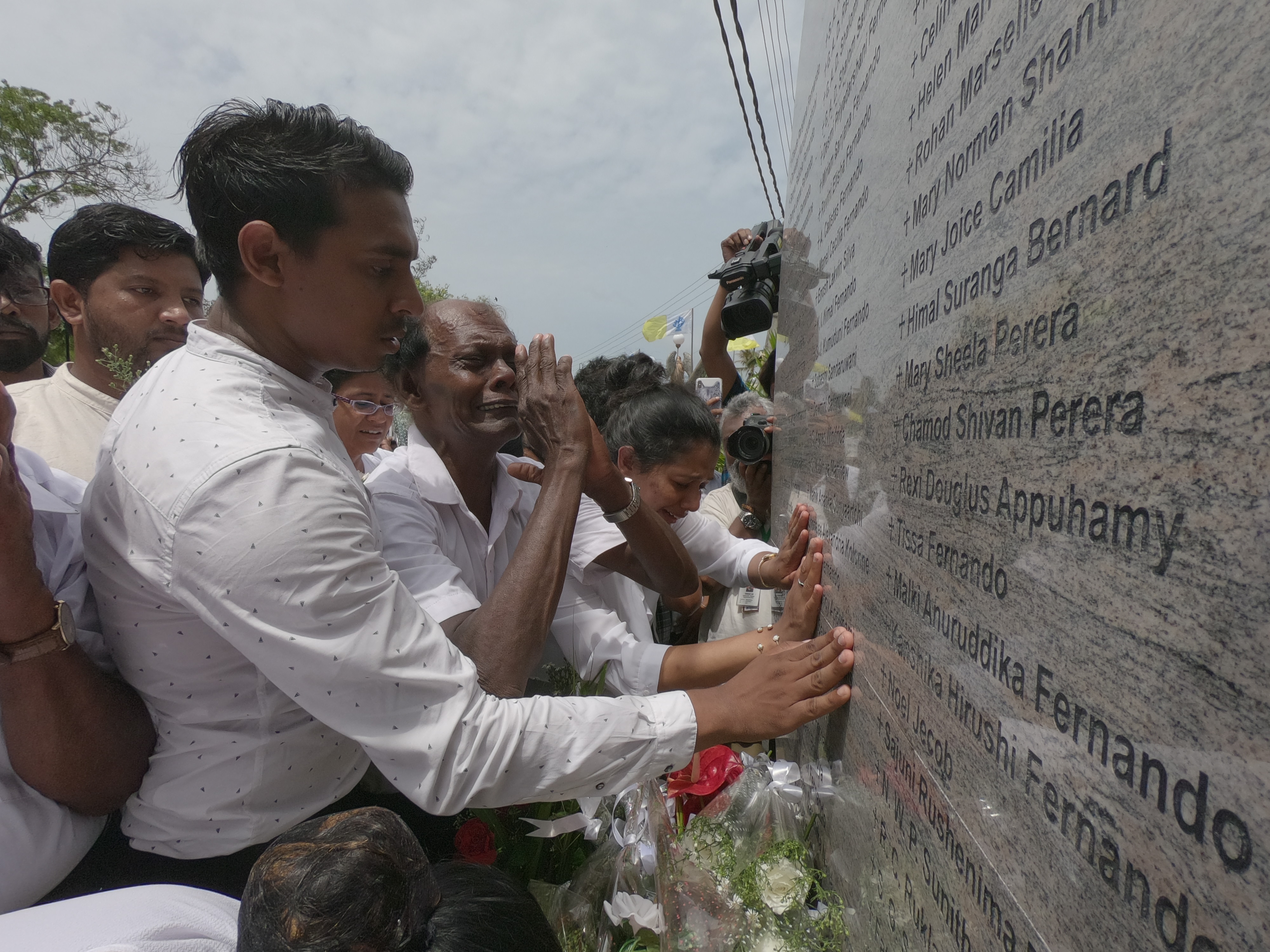 Cardinal Malcolm Ranjith says the Church waits for answers as the victims continue to carry the scars of the Easter Sunday bombings that killed 269 people in Sri Lanka and injured more than 400 in 2019. 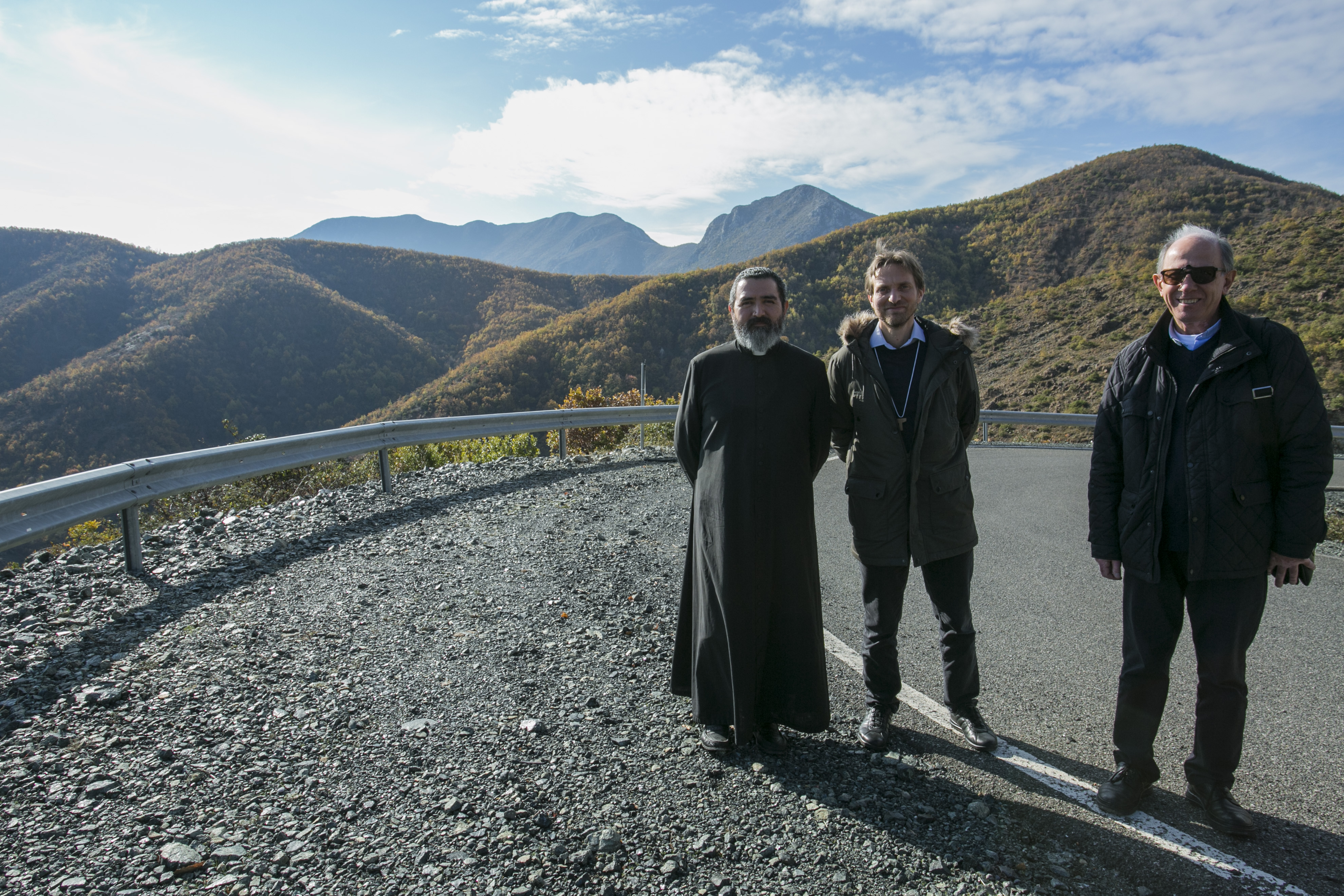 News 18 Mar 2022
Albania: mission and challenges of the Church in the XXI century

Albania’s Communist regime tried to stamp out religion completely. Decades later, the country continues to suffer from the mass emigration of its younger citizens, due to a lack of opportunities. 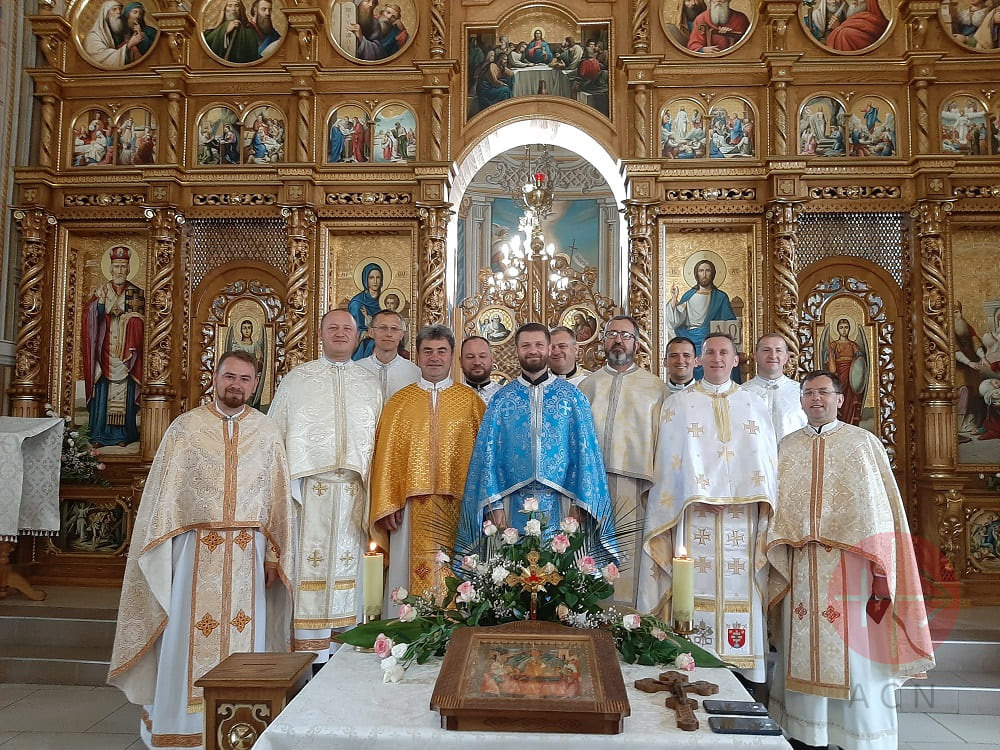 News, Ukraine News 16 Mar 2022
Ukrainian Priest: “The Church should be with the faithful, with its people”

An interview with Fr Antonio Vatseba, Ukrainian Greek Catholic Priest and, for the past three years, Provincial of the Institute of the Incarnate Word, a congregation that has six communities of nuns and priests working in Ukraine. 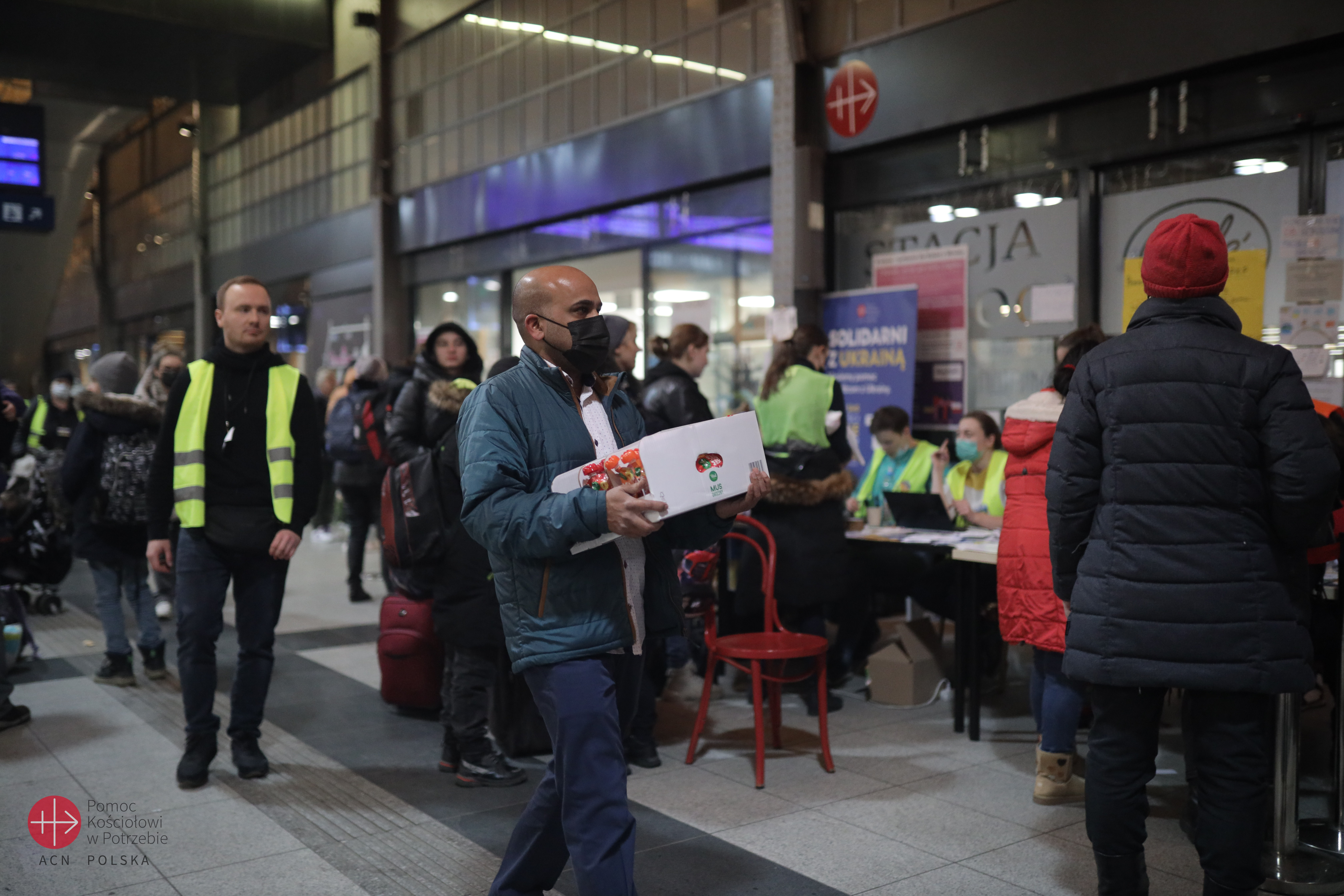 The very day the invasion of Ukraine began, Aid to the Church in Need (ACN International) announced an emergency aid package of 1.5 million AUD for Ukraine which has now increased to 1.9 million AUD. 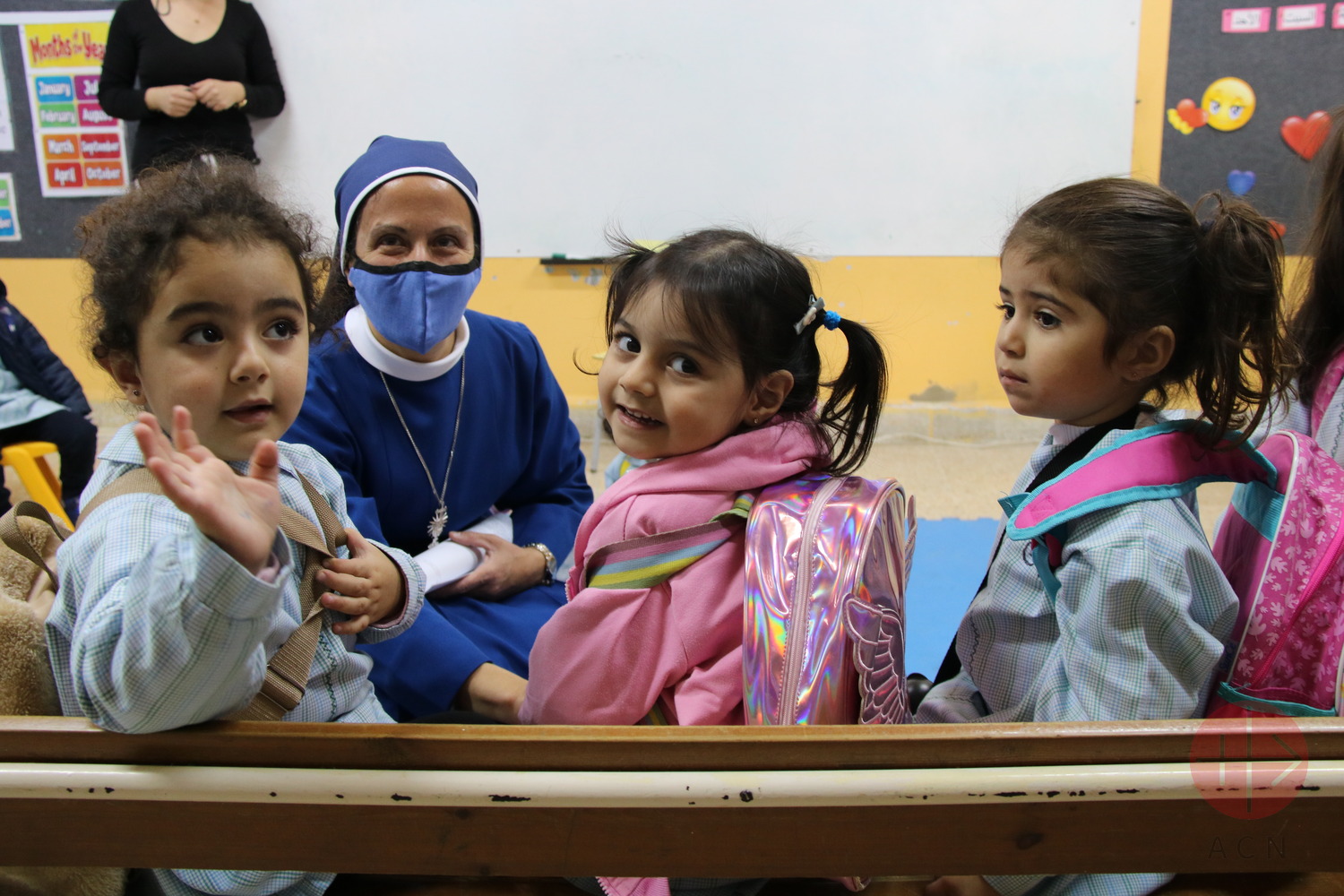 Aid to the Church in Need (ACN) has announced the launching of a large-scale campaign for Catholic schools in Lebanon, to help offset the great economic crisis that has been bleeding the country’s social institutions dry. 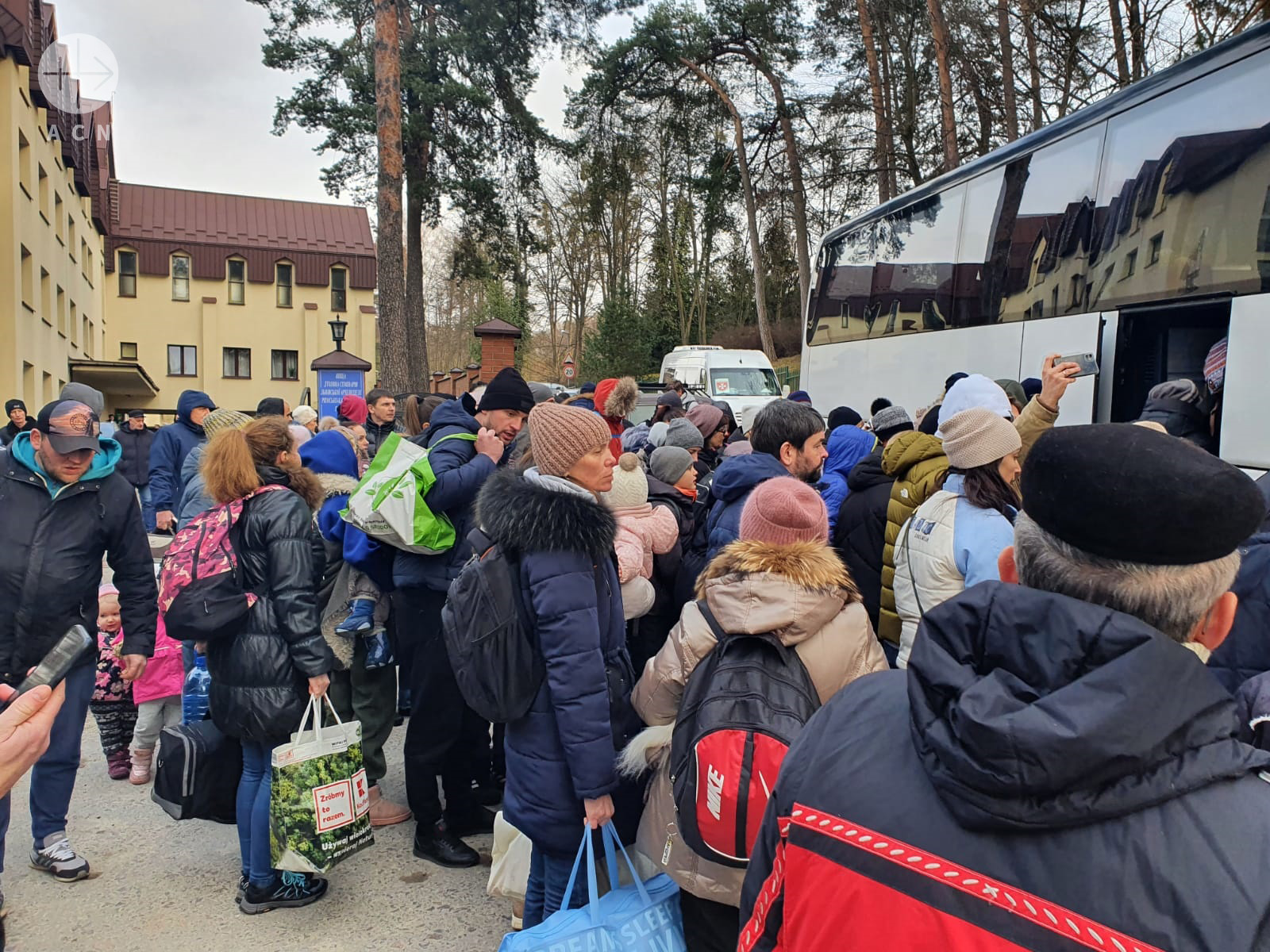 News, Ukraine News 14 Mar 2022
Lviv: “The Holy Father is present in Ukraine. He is suffering with you”

Papal envoy visits refugees on the premises of the seminary.

Bishops, priests and members of religious orders in the war-torn nation of Ukraine have written to ACN to thank the organisation and its benefactors for the financial, material and spiritual support during this conflict.

Read more
News, Ukraine News 10 Mar 2022
Nuncio to Ukraine: “This war is not a purely human invention, there is something demonic about it; we can only defeat evil together, with prayer, humility, and love”

Interview with Archbishop Visvaldas Kulbokas, Apostolic Nuncio to Ukraine, about the situation in Kiev, the humanitarian crisis, solidarity among the population and the drama of war. 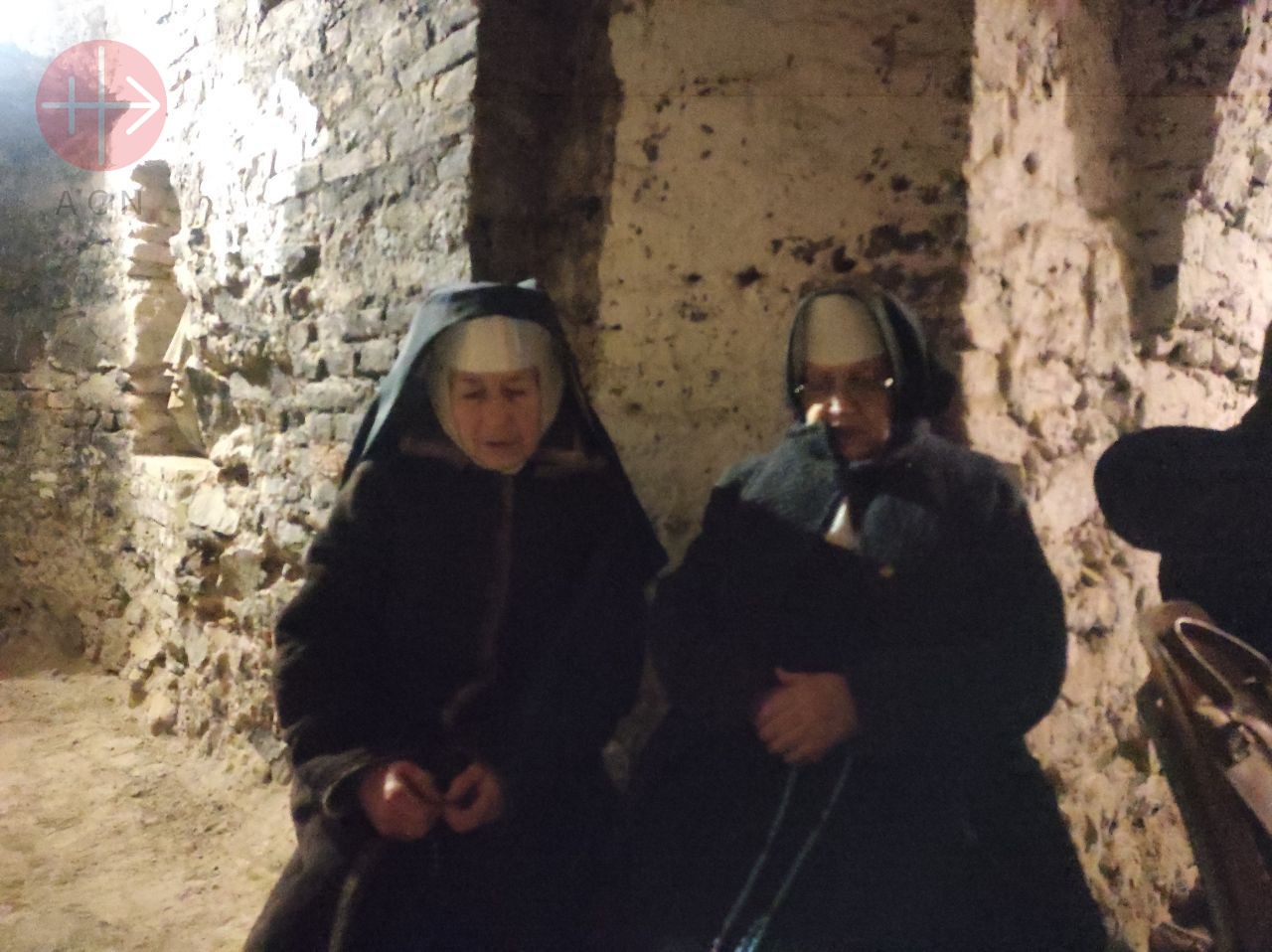 News, Ukraine News 10 Mar 2022
Testimonies, gratitude and requests for prayer from partners to ACN and benefactors

Read more
News, Ukraine News 09 Mar 2022
Mariupol: “It is hell there” – testimony of a Catholic priest

According to its own reports, the Russian army has on Tuesday 8 March put in place a new ceasefire in Ukraine and has opened “humanitarian corridors” for five cities. 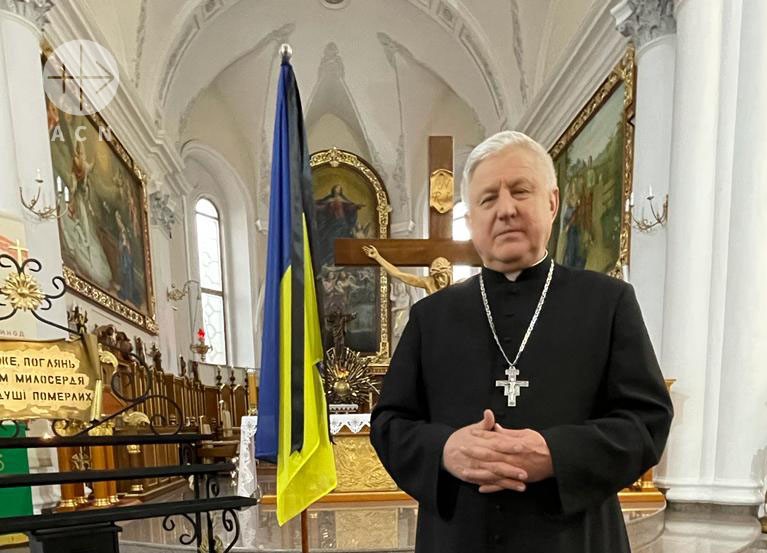 News, Ukraine News 08 Mar 2022
Bishop of Odessa, in Ukraine: “The war has united us. Thank you for your support!”

People are sleeping in basement shelters, to the sound of air raid sirens. This is life in Odessa, where prayer is what sustains the people.

Despite the increasing risk of remaining in the war zones in Ukraine, religious communities have stayed behind to serve the people. 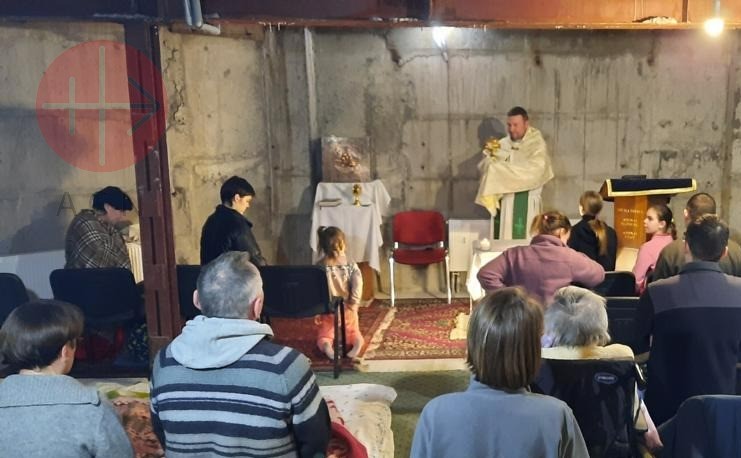 Fr Mateusz is with his community day and night offering reassurance. 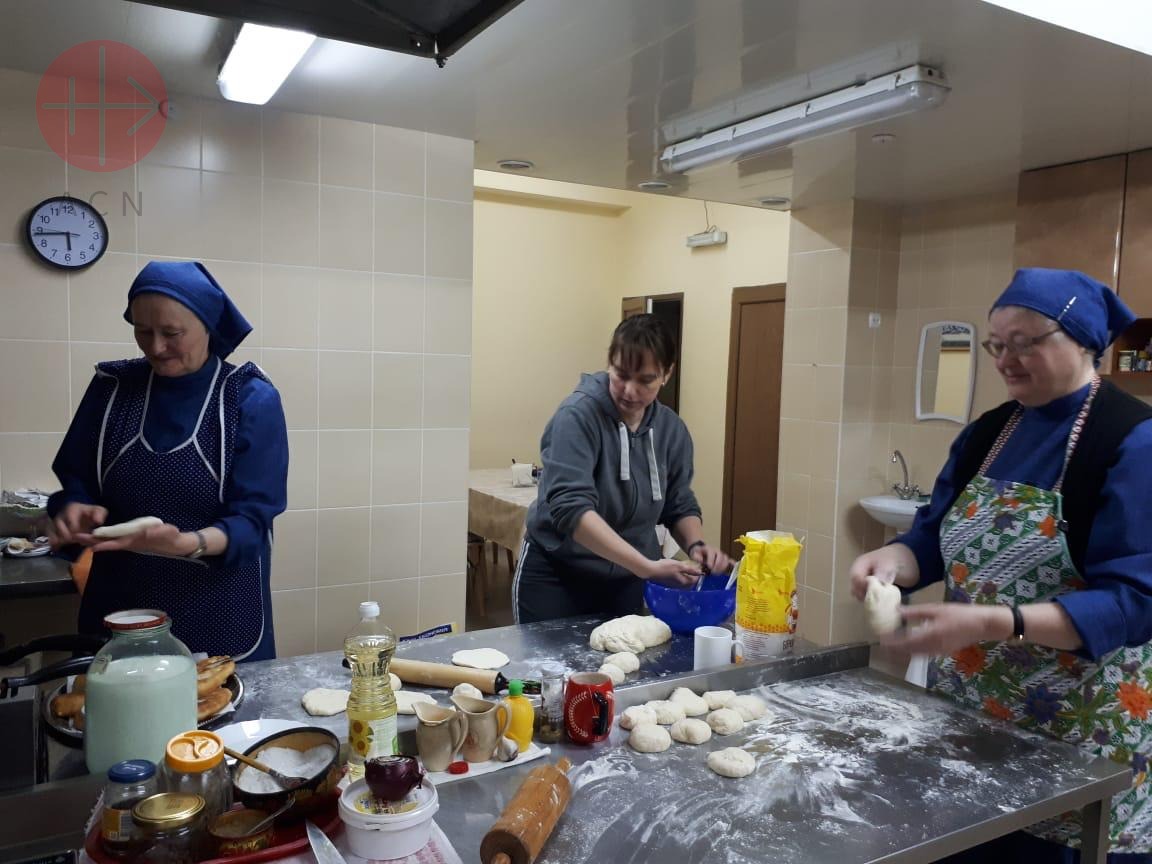 Kharkiv is one of the Ukrainian cities currently most under fire. 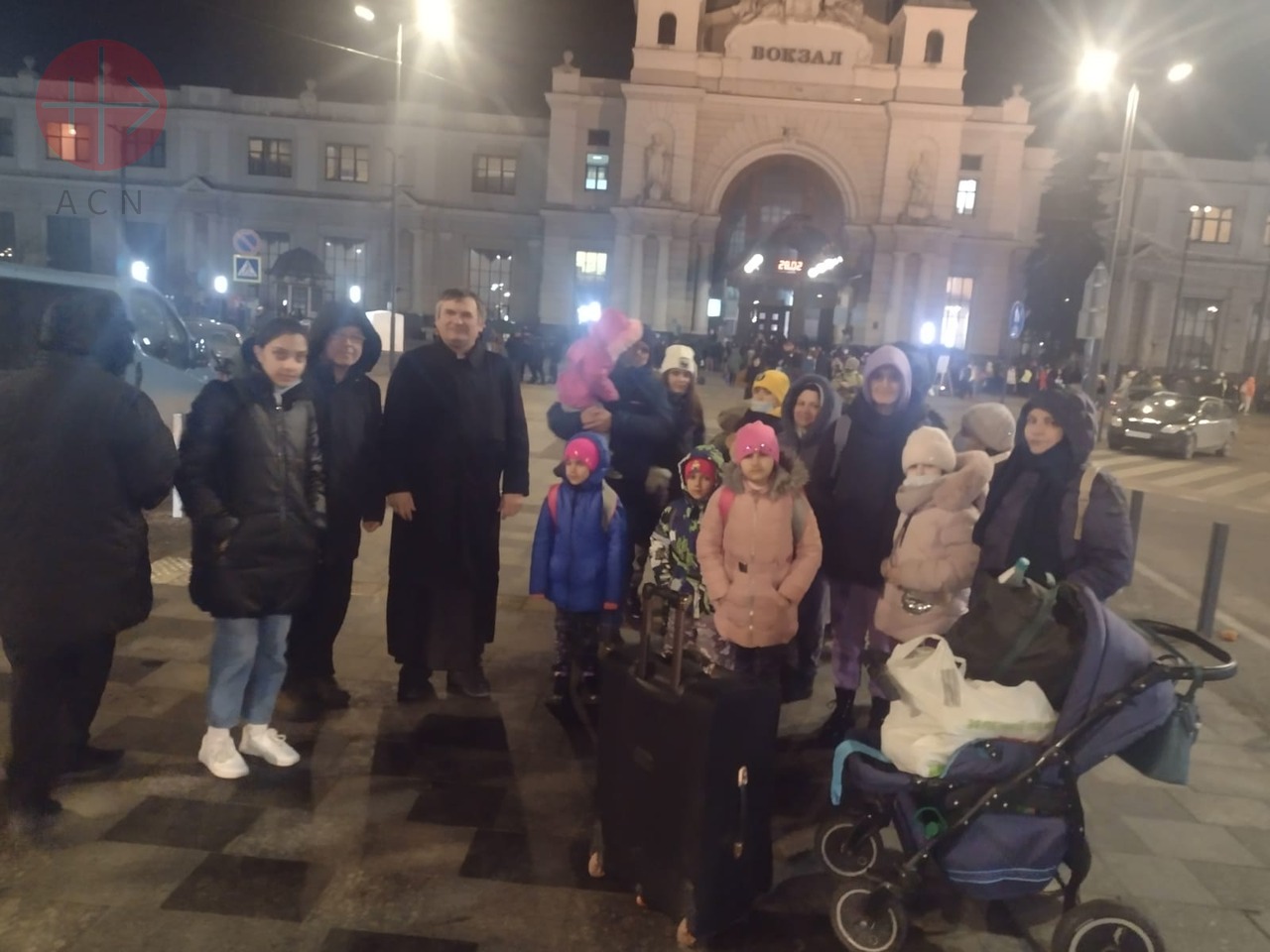 Father Grzegorz Draus: “To me, the days feel like months.”

Many orders, representing hundreds of male and female religious, have already sent messages of support to ACN, assuring it of their prayers and unity with Pope Francis’ request. The most touching words come from those who have lived through the horrors of...