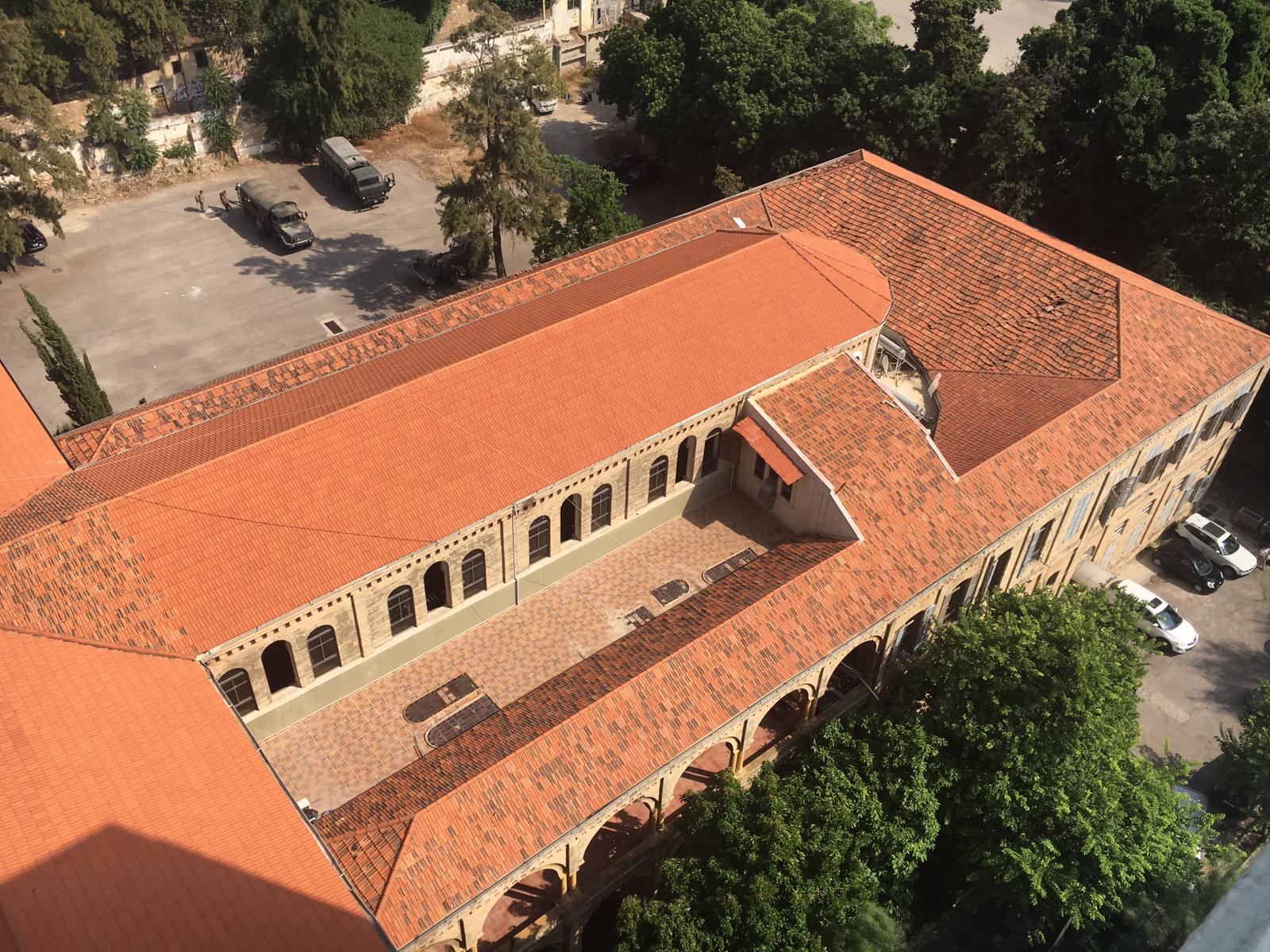 A historic Lebanese church, that sustained severe damage in August 2020’s devastating blast, is on track to reopen in July 2021, thanks to help from ACN.

The Jesuit-run church of St Joseph, which was built in 1875 and was badly hit when last year’s explosion ripped through western Beirut, is being restored with backing from Aid to the Church in Need (ACN). Jesuit priest Father Salah Aboujaoude told ACN that the first phase of the restoration was now finished and that works are expected to be completed in July.

With work continuing apace, Father Aboujaoude said: “The supply and installation of the new wood doors will be completed by the end of next week.”

Farid Hakimé, the engineer who is overseeing the repairs, described the devastation caused by the explosion that killed 200 and injured 6,000 when 2,750 tonnes of ammonium nitrate ignited in a docklands warehouse. He said: “Due to the explosion which occurred on the 4th August 2020, Saint Joseph’s Church was severely damaged. Most of the wooden windows and doors were destroyed, the pitched roof was severely affected too.”

All the windows and doors needed to be replaced – 95 percent of the stained glass windows were blown out by the explosion.Other damage included all the original woodwork being torn off by the blast, damage to the false ceiling and lighting fixtures, as well as to the timber structure supporting the pitched roof, which lost most of its tiles.

Mr Hakimé said: "You could see many cracks in the ceiling of the church, and many other areas, caused by the blast." These required repair, although the building was still structurally sound.Father Aboujaoud added that with painting and electrical works nearing completion, the installation of the false ceiling is due to start next week. All electrical wiring had to be replaced, as the existing system dated back several decades.

St Joseph’s Church supports a number of different communities, holding Mass in French on Sunday evening, as well as Sunday morning Masses in English, and in Arabic in the Maronite rite.

ACN support for the church repairs, which amounts to $446,000 AUD, is vital as Lebanon is facing an economic crisis caused by the collapse of the Lebanese pound.

The foundation has supported Lebanon’s Christian community with more than 8.3 million AUD in aid following the August 2020 dockside blast, including emergency aid and repairs for church buildings in the capital’s historic Christian quarter.

To continue to aid the people in Lebanon visit www.aidtochurch.org/Lebanon