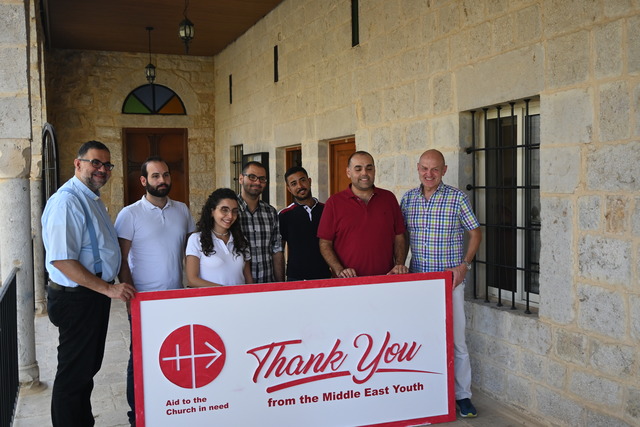 LEBANON: They count on us for help – both spiritual and financial

Interview with Reinhard Backes, head of projects for the pontifical foundation Aid to the Church in Need, after his visit to Lebanon from 7-16 September 2020.

What is the situation in Lebanon?

The Lebanese people, and especially the Christians because their quarters were most badly hit by the blast, are suffering a lot. There are different reasons for that:  1. the local currency is dropping every day because of the financial crisis which started last year; 2. the damages are horrible and also the consequences for hundreds of thousands who lost their homes; 3. the political crisis - a mixture of corruption, despotism, ignorance, incompetence, and the external influence of foreign powers- is paralyzing people and the country.

What was the intention of the visit?

To get an overview of the situation and to discuss the support by ACN in the next months. We visited 23 places - churches, convents, monasteries and other church buildings - badly damaged by the blast. And we've had meetings with 7 (Arch)Bishops of different rites or denominations as well as with the Nuncio of Beirut, Archbishop Joseph Spiteri. 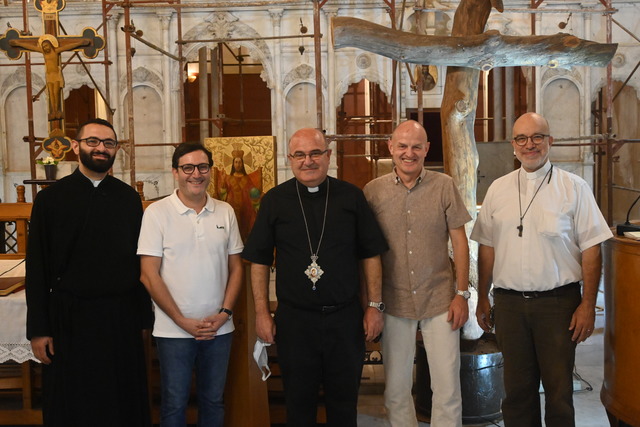 Which was the most impressive moment of the trip?

The meeting with young Catholics not willing to giving up! They all lost friends during the blast and know people who lost everything. I was really inspired by the example and the will of many, many people, especially the young, to help the most aﬀected by the blast, cleaning the streets, etc. Another very moving time was the visit of the poor families, Lebanese people and Syrian refugees, in Beirut and Zahlé.

Could you tell us one of the stories that impressed you?

The meeting with Georges, father of 4, who had to leave Lebanon to fly to Dubai because in Lebanon he cannot support his family financially anymore. This was heartbreaking.

What was the message of our partners?

Although the Lebanese Christians are generous, this is too much for them alone. The country has been in serious economic decline for years now and the people were already struggling to survive before the explosion. They count on us for help – both spiritually and financially. 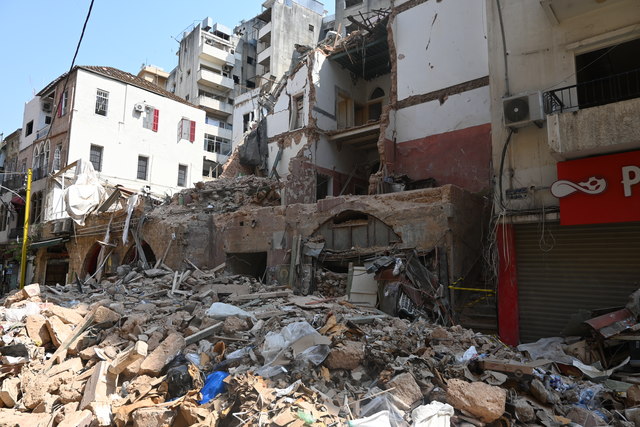 Why should ACN support Lebanon?

Lebanon is the last country in the Middle East with a substantial presence of Christians. It has also become a place of refuge for Christians from other countries of the Middle East such as Syria and Iraq. The Lebanese Christians are much respected in society, the Christian schools highly appreciated by people of all faiths. They are a bridge between the different parties in the country. However, with the deterioration of the political and financial situation in the last few years, many Christians are talking about leaving – but with a heavy heart. It’s ACN duty to give them new hope, a perspective so that they stay in this beautiful country. And the Church, being a central element in their lives, needs also to be strengthened by our efforts.

Which are the next steps for ACN?

We are preparing an aid package of 2 million EUR. The aim is first to help repair those buildings that need to be protected before winter sets in. They are mainly about replacing roofs, doors and windows in convents, churches and some halls or Church administrative buildings. An engineer, who has already been a great help with our construction projects in Iraq, accompanied me to Beirut and was able to speak with the architects and engineers on the spot. This was very useful and extremely important.

Who will be our partners on location?

Our partners will be bishops, priests and sisters whose religious buildings have been damaged by the blast. The Maronite Church is the biggest in the district but many buildings of the other Rites (e.g. Greek Catholic and Latin) and the Orthodox Church have also been damaged and will need our help.