ACN supports the reconstruction of the Church of Saint Saviour in Beirut.

“Our Hiroshima,” is how one survivor describes the tragic explosion of 4 August in which she lost her house and home. “It was worse than war because it happened so suddenly. All the hard work of years was destroyed in just seven seconds,” says this woman from the devastated quarter of the Lebanese capital Beirut. Even before this, the country was on its knees economically, but now the explosion has left many people deeply traumatised.

It is not only the poorest suburbs of the city that have suffered, in the vicinity of the port, where immigrants and migrant Christian workers had previously settled, moving down from the mountain regions in search of a better life, into areas which have now been totally destroyed by the catastrophe. Even in some areas of central Beirut, which have also suffered from the consequences of the explosion, there is now an exodus of the population. 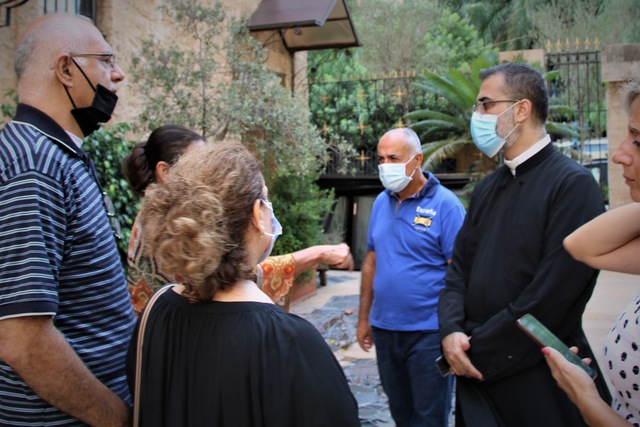 Father Nicolas Riachy at the Church of Saint Saviour. Photographer: Maria Lozano.
Copyright: Aid to the Church in Need.

“Around 10% of the population of this particular suburb have left because they can no longer live in their homes. I can’t do anything to stop them because I can’t offer them the security, which is what they are seeking. There are still people who are remaining hopeful, but every day it gets more difficult,” says Father Nicolas Riachy, the parish priest of the church of Saint Saviour, which lost its roof in the explosion.

This Greek Melkite Catholic church was built in 1890 and is a treasured historic monument and one of the oldest churches in the city. Saint Saviour’s Church is situated in a symbolic place, lying as it does on the edge of the Christian quarter. “We are a sort of doorway to the Christian quarter,” he explains. Hence the importance of repairing this church. “We want to give hope for those who still want to remain here. Our mission is to bring light into the darkness through which we are living. There is no Christianity without the Cross. Christ is our example. It is not easy to be Christians, but many of our people are still very much aware that this land is Holy Land and we cannot abandon it,” reminds the priest.

In spite of the terrible devastation, Father Nicolas still finds many reasons to give thanks to God, for had the explosion been just one day later the church would have been packed full, since this was the vigil of its patronal feast of the Transfiguration of the Lord on August 6.

This young priest is supervising the clean-up work that is now nearing completion. It will soon be possible to use the church again, but both in the main entrance and the side aisles there are still shattered windows and window frames blown out.… The glass-windowed hall on the other side of the square is still unusable. But what worries Father Nicolas most of all is the roof of the church. “If the first of the winter rains arrive, they will spoil everything. And there is also a crack in the building which needs to be fixed, or else everything will come down,” he adds. On the left-hand side of the church, they have stacked up all the roof tiles they were able to salvage. 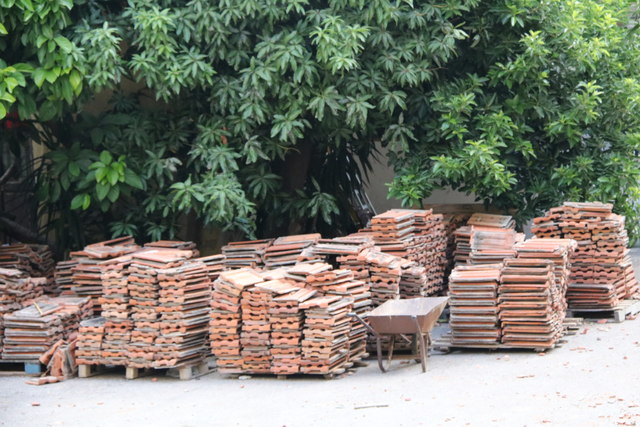 Repairing the Church of Saint Saviour after the blast. Photographer: Maria Lozano
Copyright: Aid to the Church in Need.

“All the houses of our faithful have had their windows smashed and doors blown in. And on top of this, we have an economic crisis. The banks have frozen people’s assets, so now they have nothing. How are they going to help me rebuild this church?” he says to ACN, the international Catholic pastoral charity and one of the organisations which have promised to help for its reconstruction.

“Pope Francis has told us that the Middle East without Christians is unthinkable. If Christians are to remain in this country, we need each and every one of you. Let’s hope that this church can continue to be a beautiful testimony to the word of the Lord.”

Aid to the Church in Need (ACN) is helping Christians who have been hardest hit by the explosion and has given over 8 million AUD towards the reconstruction effort in Beirut. The Greek Melkite Catholic Church of Saint Saviour, built in 1890, is just one of the projects the charity has promised to help.

Donate to our Lebanon campaign and help rebuild the church of St Saviour and other churches that need to be rebuilt in Lebanon here.

Watch a video on the Church of Saint Saviour here.